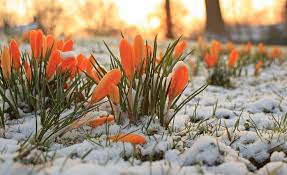 Looks like spring is actually going to stay true this time. Okay a dip here and there for a day is acceptable as long as the wood stove does not need to be relit. Bulky item drop off at the township dumpsters is a holy rite of rural spring. Though it pains me to dump a perfectly good sink and a usable ceiling fan into a landfill, I’m less guilty about the 50 year old fake Christmas tree and the carpet remnants from my office floor. When is the earth going to explode in a methane gas belch as its landfills and dumps digest all this waste? You know there has to be something valuable in the buried mix, don’t you? Today’s archeologists dig through history’s landfills for priceless treasure. I hope this trend continues, and one day Dr. Reckyclousson of the University of Stockholm finds my petrified ceiling fan.

“Professor, come qvickly. Bjorn have unearthed somesing you vill like.”

“Look! It’s a nearly  complete Harbor Breeze ceiling fan from the 1980’s. Even the viring harnesses are intact. Be very careful with it. We’ll take it back to the lab and clean it wiss pneumatic tools. Oh, yes! I can’t wait to tell my colleagues and publish my findings. This is purrrfect.”

Doubtful, I know, but it distracts me from the Tic Tac of guilt upon the back of my tongue. I want to be a good steward. Even before I  had kids and a grandchild I wanted to work with nature, always believing in her restorative ability. Growing up before all the environmental protections went into law, there was a lot of stupid litter, dumping, pollution, and general disrespect of the environment. It was not unusual to find a mattress thrown off the side of the road or an old television, a freezer, the ubiquitous tires, or even an old car abandoned in the woods. That’s better now.

to the abandoned old prison down by Adrie Hill

and we’d shoot with our pistols

but empty pop bottles was all we would kill

And Daddy won’t you take me back to Muhlenburg County

Down by the Green River where Paradise lay

“I’m sorry my son, but you’re too late in asking,

Mister Peabody’s coal train has hauled it away.”

Old Mr. Peabody, a robber baron land rapist. What an ugly legacy to leave behind you in Kentucky. You can’t unrape the landscape. You can just start over again with the spring, trying to teach the next generation the lessons forgotten by your own. But I do recall wandering the woods around my childhood home, and the air did occasionally smell like snakes around damp dumps mostly. We would dig through the mess looking for bottles to recycle for 2 cents each as we walked to the store down the hill on Kings Highway.

But there is less unscarred ground and pure water left. I have faith in nature to redeem itself; I have no faith in mankind to do the same. Men are essentially short sighted, selfish, sucky creatures. That’s our nature, folks. Which is why we need a redeemer beyond nature, or a supernatural redeemer. We can’t do it on our own. When will we get that through our cave man minds? When human beings clean things up, it’s not long before other humans make it a mess again. We do not learn from history, therefore we repeat it it over and over and over.

It’s Palm Sunday in the Christian calendar. Passion Week has begun. What a strange upheaval in one short week that shook history. On this Sunday Jesus rode into Jerusalem on a donkey like a hero on a budget. His ministry had been up and down for three years, but now “Hosanna” filled the air. The next thing you know he’s saying goodbye to his closest followers at his last earthly supper, washing their feet. We have the advantage of knowing how the story ends. His disciples did not. They seem rather slow to pick up his messages and realize what’s going on. They had not seen the movie yet, where he is arrested and tried and sentenced to a horrible death.

So why didn’t Jesus just throw down the miracle to end all miracles and clean up the mess that men had made? He could have crucified his crucifiers as easily as cutting his toenails. Where is his force and power?  Our human nature cries out for it. Knock some heads around like Rambo. Round them up for justice like John Wayne. So we miss it again, because we don’t think spiritually. The horrible surrender of God’s son to the ants of the Roman Empire overcame a spiritual not a material kingdom. It was not Caesar’s defeat for a century but Satan’s defeat forever that resulted from his humble acceptance of our sentence. Each one of us will die. Some in awful agony and others in our sleep, and our material lives will end. No matter; he has washed our filth off.

Think of this: you have choices, millions of choices in your life. Imagine a key ring with a thousand keys on it. You can use most of them or nearly all of them. But if you leave unused the supernatural key of Jesus, it won’t matter how many really good natural choices you have made. You will be spending eternity outside the presence of God, whatever that looks like. Even if it’s not fire and brimstone, why would anyone not want to know the God who loved mankind so much that he sacrificed His own son to redeem all of them? All of them, even the sex offenders, addicts, and murderers. Even those folks you can’t forgive… he has. 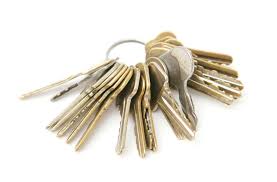 Each one is a choice every day. How will I live? Why?
Yes, time rolls around again. My body is weaker each year and closer to death. So what? I have chosen that Jesus key which opens the door of eternity. Maybe I’ll see Mr. Peabody there. I’ll be sure to give him my two cents. 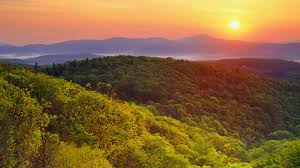