It’s time for the next installment of The Silly Id and The Oddity, by  Homer Simpson. “Gather, my wet duckies, around the flaming hearth and hear, the stories of wet woods and rained on deer.” My buddy Clark just informed me that we have had twelve days of rain and two with sun here in depressed central Pennsylvania, home of mildewed burghers. This was not news. Some part of the mammalian brain keeps track of these dismal facts without any outside instruments. I don’t need a rain gauge to know it has rained a lot. The ground is near saturation. I don’t need a light meter to know it’s cloudy again or night for that matter. (I know you sharpies out there are going to play the eclipse card here. Go ahead. I can take it.) My pupils are dilated in the low light while my sunglasses are getting dusty from lack of use. So gloomy I can’t see them anyway.The weather, as it does so often in these damp parts, just sucks. The only consolation comes from relocated residents of Erie, who tell us they’d still be shoveling snow off their roofs in May. “May is when we dig out our cars”, they say as if talking about gardening tips, ya know? Like “Late May is when we pull up our first radishes.”

All the while I know that out west the sun is glowing clearly and cleanly, radiating and mesmerizing the sparsely populated landscape into a holy lethargy like a warm glazed donut. (In Tucson you can order glazed lethargy donut holes with a large coffee at Starbucks for under 5 bucks. Sometimes Shirley, the barrista with the face tattoo of Ghandi, gets it and slips me three metaphysical scones in waxed paper with a glazed wink. “Go forth in restful peace,” she whispers in yogic syllables.) The air is dry and fresh.  Cactuses are blooming and hummingbirds are buzzing. Feathered lizards run on grains of hot sand, leaving hardly a trace of their travels behind. Whoosh. Legal psychadelia.

The pull of what I want and the ballast of what I must do rock me like a cop car in a Baltimoron riot. I might be pushed over if lawlessness overrides the laws of gravity. (Or is it freedom fighters and tyranny?) Stay the course and get to the finish line with dignity… sure, as contemporaries die or become disabled by the myriad ailments and diseases available. Hmmmm,  this might explain why we have so many obese residents in Central Pa:  we eat chips and brownies rather than jumping in front of trucks hauling chickens to the slaughter house. Slow or fast? How do you like your death? “Neither,” you say, “I’m chicken.” Deep fried chicken.

I read a story about an Ohio State study claiming the Amish are very physically healthy, maybe the top 1% of Americans in that medical arena. The possible explanations for this statistical fact included their lack of smoking tobacco and drinking alcohol; the ever-presence of fresh foods full of vitamins and minerals without pesticides and herbicides; lack of sluggishness inside fluorescent lit environments;  and the biggest contributing factor of all seems to be hard outdoor physical labor. Well, what do you know? All this industrialization and technological advancement that the Amish refuse to participate in turns out is killing those of us who do partake. Shukkamukka!! Instead of getting out in nature and doing something vigorous, we watch Survivor and vicariously survive via the boob tube with our Diet Pepsi in one fist and ranch flavored nachos in the other. One thing is certain: we will not perish from starvation. Brain atrophy or death by a million potato chips, yes.

I don’t want to make you feel bad. I’m just muttering and stuttering aloud on an ashen gray day that can’t help but disappoint you. I mean it’s the final shot at Special Olympics for the special needs kids, and it’s raining again!!  I know, God, it’s all good somehow, but if I were throwing the slippery shot put in this chilly weather, I’d break someone’s toe for sure.  Then that someone would limp through life with a hammer toe, having to tell curious podiatrists about a rainy Tuesday in their adolescence at the Special Olympics when the shot put went kaput. My empathy stops me from such violence. Not to mention the toenail would be all gray, grisly and mangled, and hard to pedicure.

All of the above feels like being stuck in an elevator in a Russian submarine with the Doors playing “L.A. Woman” over and over, as Russian sailors bang the doors outside the shaft, “Komrade, be cool. Ve vill get beeg rench and free you, good American proletariat man. Leesin to de Doors.” Kind of cool the first time through, and then you want to dig up and re-kill Jim Morrison, “Mr. Mojo Risin”. You know he rearranged the letters in his name to come up with that refrain, right? Not Amish.

Anyway, when the Ruskies finally ruskue you (I know, it’s not an accidental misspelling), you are so oxygen deprived that they put you in a stale donut hole of a windowless nursing home in Odessa run by expatriate Amish widows. I bet you didn’t see that coming, didya? And it rains every day, dark greasy rain that makes Odessa feel like the far side of the River Styx. Oh blighted fate!! And sort of like that movie The English Patient, one day you awake from the haze of your oxygenless existence in Odessa. Slowly a face comes into focus as old words flow gondola like through your filthy Venetian ear canal. Familiar somehow. “Go forth in restful peace,” saturates the dry sponge of your abandoned soul. Shirley, surely it’s Shirley. But how?

As she helps you sip cold water, the mystery unfolds at last. “Those scones were laced with lysergic acid, Dude. I’m sorry. I thought you knew. You’ve been trippin’ for three weeks now, singin’ L.A.Woman like with a Russian/ Amish accent. Too weird, man. ”

“Shirley, it wasn’t the scones. No, it was that damn rain.” 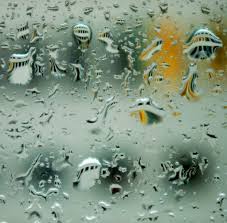 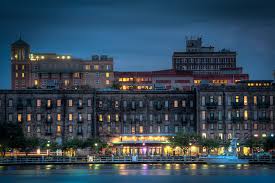 We took a bus trip over the Thanksgiving holidays. South, my friends, to Savannah, Georgia. It was nice to be in the South. Folks seem a lot friendlier and courteous. They also drink a lot, I noticed. You can get a carry cup at the bar so you never have to leave half a beer behind you, or in front of you if you walk out backwards. This seems like a good idea until you notice that out on River Street there are guys with full beers staggering along the cobblestones and singing badly as they approach you, your wife and daughter.  Looking at it that way, you know it may not be such a great idea.  Some ideas look better going away from you than coming at you.  “Go Dawgs!! Whoohoo!!!” On top of this imminent danger hover the various steep, very worn slate, historic steps that rise about thirty feet to the upper level of Bay Street. newsflash 1: I guess you can’t fall up them. newsflash 2: drunks always seem to have soft landings anyway.

It was a nice reprieve from the sucky weather we’ve been experiencing up north lately. You know how tense you get just from being in the damp cold? Then you walk into a warm restaurant or store and ahhhh, you instinctively relax. Seems pretty simple really. And we did just this at various points of interest. The lovely cathedral of St. John the Baptist was one long ahhhh for us as we meandered along viewing the stained glass and murals. I forget which saint it was who was carrying his own head in his hands. His halo was empty. It appeared to be an overhead shot of a pilsner beer placed on the shoulders of a man walking along with his head in his hands. Sort of like the drunks on River Street from the night before. Funny how the most bizarre stuff is what you remember. 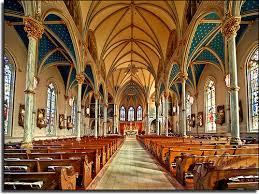 On River Street an old guitar player named Walter engaged us and persuaded us to listen to him play his guitar and sing some toothless blues songs. He invited my daughter to sing with him. She obliged and sang “What a Wonderful World” alongside Walter. He never asked for money but we knew the drill and happily put some in his can. Where he had strategically placed himself possessed some strange acoustics. Somehow it produced an echo in the little brick circle where he stood. Walter explained that there was an old tunnel underneath that spot which accounted for the strange echoing. “When I’z a boy, we ud break on into it, yeah, till they covered it up. Dats wheya da echo be com from.” I asked him to sing Sam Cook’s “A Change is Gonna Come”. He complied in a voice that wheezed like a rusted out muffler on an old Chrysler Imperial. 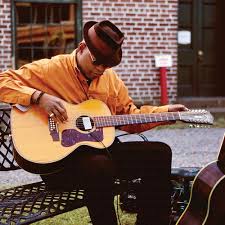 On Thanksgiving evening we ate dinner at Paula Deen’s restaurant, The Lady and Son. The food was good, buffet style. The wait staff were fabulous, like Disneyworld employees, smart and gracious, good looking, young and talented. What surprised me was the fact that roughly half of the customers were black. I had assumed, incorrectly, that with all the bad racist publicity that surrounded Paula Deen two years ago blacks would not support  her. Happily, I was wrong. I guess forgiveness is the business of business.  In any event I felt good leaving the restaurant/store and waddling back to our hotel. I am a fan of forgiveness and  second chances. I don’t believe in perfection. 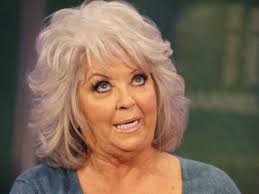 You know, if you eat a lot and take bus rides everywhere, you gain weight. I figure that I put on a half pound per day with the extra food and deficit of exercise. It was a challenge to eat more than twice a day with the rich food and abundant availability. All your energy goes toward trying to digest the three egg omelet with everything on it plus the bagel and bacon with hash browns and grits breakfast. On the bus we sat like 29 upright pythons trying to digest what we’d gorged on. Fortunately we had limbs to brace us on turns. Still, with negligible blood flow to our brains, a state of lethargy crept in, slowing our breathing, dropping eyelids, inviting somnolence. A serpent of sleep constricted our brains gently, rocking along with the hum of radial tires across an asphalt carpet. ZZZZZZZZZZZ 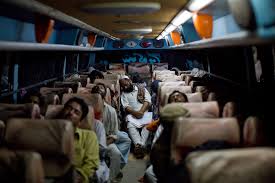 Lethe was one of the five rivers of Hell in the Greek myths. here’s some cool background info on it…

In Greek mythology, Lethe /ˈliːθi/ (Greek: Λήθη, Lḗthē; Ancient Greek: [lɛ́:tʰɛː], Modern Greek: [ˈliθi]) was one of the five rivers of Hades. Also known as the Ameles potamos (river of unmindfulness), the Lethe flowed around the cave of Hypnos and through the Underworld, where all those who drank from it experienced complete forgetfulness. Lethe was also the name of the Greek spirit of forgetfulness and oblivion, with whom the river was often identified. 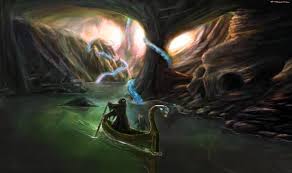 I find etymology fascinating, my bloggentas. Some words carry rich histories in their letters, speaking deeper than mere surface connection. But  here we were crossing the Savannah River and entering an entire state of lethargy. And what we forgot is maybe more important that what we remembered. Ahh, stress for one. Forget it. And who won the Civil War? Who cares? If blacks and whites eat elbow to elbow at Paula Deen’s on Thanksgiving, it turned out well. And bitterness, resentment, class consciousness, indignity, who needs them? Let’s all forget some more. Four things were forbidden in the original charter of Savannah– slavery, lawyers, Catholics and Jews, and liquor. Eventually all would be allowed due to self interested pragmatism. There’s a shocker. Oh well, go back to sleep children. We’ll be there soon.