The morning ice is melting, kids are off school and sauntering about town as Outside becomes more bearable than the Inside of their breathless grimy abodes. It feels like Russia, and I like an overly dramatic Dostoevsky in my wretched office hovel.  Tom Waits is wistfully singing a dreadful song about a murdered woman on Pandora. Crime and Punishment comes to mind. And I’m here (Raskolnikov) looking for inspiration or redemption or both. A bad version of Elvis comes on next.  “I can’t help falling in love with you”, live with an orchestra and 27 backup singers.  Sad work, Elvis. Someone sold you Vegas and stole your Memphis mojo. Tragic. I keep trolling for the right feel…Over the Rhine, yes, an old melancholy sound like treated paint being spatulaed off gorgeous ancient wood. A woman’s velvet skirt voice swooshes low near the floor. That’s it. Deep swirling grain embedded with lacquer and pale green lead paint from the 50’s is revealed. Yeah, now it’s  right. The wood beneath must be superb to bother with the stripping away, but it’s an itch that must be scratched with a wire brush on this dismal and forgettable day. Penndot trucks memorialize the moment with burial mounds of dirty snow and ice. Modern yellow overtakers. I feel like spray painting palm trees against the snow banks just for the irony of it. It’s good that I don’t drink liquor. I can imagine guzzling a two finger tumbler of scotch right now. But I need to clear my own snow covered neural pathways. 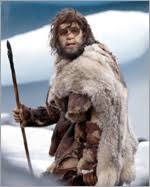 But I don’t so I won’t, drink that is. Instead I need to find a warm dry nest to settle into as winter consolidates its gains. Pull the extremities in closer to conserve body heat– finger to finger, hand to armpit, foot to thigh like some energy efficient yoga master. Snuggle with other mammals too. Maybe a bear. Layers of fat help. Then again dancing with my wife in our living room raises the temperature and blood pressure to alarming levels. But that’s too up tempo and hopefully yinny. I am in a yanging mood here. Let me explain. 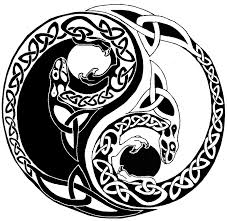 I hope that clears it up. To yang is to be bright (unyinny) but male and overtly worldly while acting like a north bound relief penis in a river below a south facing hillside. Picture that, a cargoless but macho canoe adrift on a sun speckled river.  “Don’t use the binoculars, Claire! Just take my word for it.” Wait a minute, I hear Vin Scully’s voice, “It’s the bottom of the ninth, with the tying run on first and the winner at the plate. Time to go to the bullpen for that new Korean reliever, Lee Yang.”

It’s a complex palette of emotions and sensations that can only be explained by clever use of metaphors and symbols. Straight forward language fails to capture the yangness of the word and its world. It’s the difference between beef and Angus beef for the unenlightened.

Sometimes it’s considered vulgar or crude to yang about.

In the Orient, I have this from good sources, NO YANGING signs are not uncommon in Bejing and Hong Kong. In Laundromats in Saigon, I am told, “No Loitering, Littering or Yanging” signs are everywhere. The exception in Asia is, of course, North Korea, where yanging is punishable by death. Public yanging often results in whole families being executed and their ancestors being exhumed, shot, and neatly reburied. It is never allowed to yang in Pyongyang. They will not hesitate to pyong you if you are so bold to pyang in front of one of their militarized pyungs.

“American spy was pyanging forbiddenly in public near our most revered militarized pying. Law say he must be pyonged right away, honorable Comrade Judge.”

“Let it be written. Let it be pyonged.” The bailiff paddles American spy with ping pong paddle until he cry.

They have a saying in North Korea that is punishable by hanging if uttered aloud… “better to be pyonged off than pyanged on”.  Shhhhhh. Their soldiers wear hats that are made from repurposed Chrysler Imperial hubcaps. Huge saucers held in place by subcutaneous magnets. Look at how the magnetic field actually pulls this soldier’s lips into a scowl. He’s never yanged in public in his short miserable life. Not allowed. He chomps at his inner lips as if they are Imperialist Yangers. 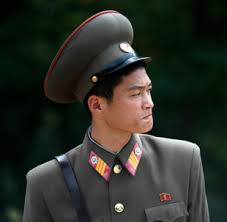 Here is where literary skill comes in, my two faithful blog readers. I’ve written myself into an exitless corner. I’ve typed myself into Oblivion’s oblivion. My spell checker is cursing at me with the pulsing cursor. And I bravely peck on, undaunted, bloviating about nothing. 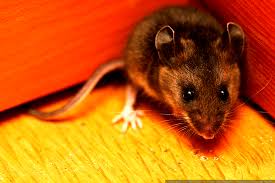 What to do, what to do? I must pull this together in the next 100 words, yang it all! I need a reason to finish so that you don’t feel deceived and get all yanged off.
So here’s what we’re gonna do. You are going to walk out backwards, my friend, close the laptop and forget we ever came here. Got it?

Cause I know what you’re thinking: Did he fire six yangs or only five?  Well, to tell you the truth in all this excitement I kinda lost track myself. But being this is a twisted up blog entry that could blow your head clean off, you gotta ask yourself one question: Do I feel lucky? Well, do ya, Pyunk?