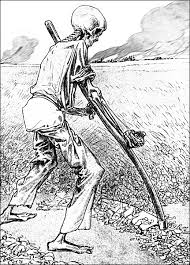 I’m freshly 56 years old and I figure I have lived 2/3’s of my life, leaving me 1/3 to go, and it’s not the best third. At the end of the first third you have midlife looking at you, though you still have lots of youth left in the tank. At the end of the second third you have no youth left in the tank and the grim reaper waits like a tiny sailboat dot on the far horizon. If you haven’t come to grips with your purpose and meaning by this age, then you’re done. You will need an addiction or some pathology to compensate for the vast emptiness that swells in your guts like the cold North Atlantic Ocean…while that sailboat with the funny dark guy gets closer, and No, that is not a paddle in his hand.

I stumbled into meaning and purpose many years ago. After graduating college with a degree in English Literature, I worked a few wrong jobs that led nowhere. Meanwhile my new bride was working with singular focus on the career that she still practices thirty three years later, which is also how long we have been married. She is a straight line person and I am wiggly. Why does this not surprise you? God, nature, and movie scripts always put opposites together for better or worse. Her stability, however, has grounded me throughout my life. And I hope that my wiggles have kept her from being too rigid and lightened her heart a bit.

One day long ago while I was working as a proofreader in a Big 8 accounting firm on K Street in Washington, D.C., alongside a guy with his Ph.D from Rutgers and another guy who graduated from Princeton,(which sounds impressive but is sadder and hollower than an empty subway tunnel since we read accounting proposals for sewage treatment plants and car dealer conglomerates. Not sad enough for you? Read all day about ‘fecal coliform floatables’ and get back to me ). My wife told me that I was not a paper person but a people person. Okay, I thought, so what? She told me that I needed to be with people to enjoy my work. She then said I should be a teacher. Alright. I quit at lunch time and took the subway/bus combo home for the last time. I left a brief resignation note. “How do you get a one armed proofreader out of a tree?  Wave at him. Goodbye.” My friend Mark lived with us at that time and he reinforced my wife’s idea. That was enough for me.

After a move to Pennsylvania’s hinterlands I started the path to be certified to teach English, and then I labored in that mine for 23 years. Yes, I am a people person, but there’s more to teaching than being with people. “What was it like teaching middle school?” is a question that I get often enough. My response varies between “Like herding cats” and “Like being a crash test dummy”. Still, I enjoyed most of my time in that strange mine of humanity. That formal experience accounts for nearly one third of my life, so I can’t flush it away like the proofreader gig. My resignation letter was longer and more dignified. When I retired early, I actually had somewhere else to go. Which I’ll cover in another post.

I taught, or was in the same room where education was taking place, over 3,000 students. All of them had families that live in the area with parents, aunts, uncles, cousins, etc. So, though I am not from this area I have become an identifiable person. I routinely run into past students or folks who know former students of mine. It’s an odd experience for a fairly anonymous guy from the D.C. suburbs, where no one was a native and families came and went with the military or government every three years. I am not from here, but my children were born and raised here. As far as I know, this origin point has not hurt my three girls yet. 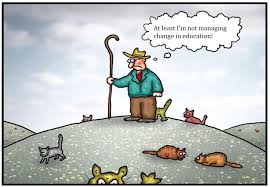 Here is an unbelievable example of the universality of random connections. I was recently in Honduras on a mission trip. At one compound where our team stayed, another mission team from the USA was just finishing their work. We all had a big dinner together. You guessed already, didn’t you? A young man across the table was a former student of mine. “Jim, right?”  “Yeah, I thought that was you.” No big surprise for either of us.   But this is not the biggest mind melting experience with former students. I’ll save that one for a later post. And it is not the former student/now surgical assistant at my vasectomy either.  That was a shrinking experience for me that a less stable man could not have endured. At least this is what I tell myself as I try to dissociate from that memory. The smile on her face was haunting.

I’ll stop here before I give you my social security number and passwords to all my accounts. I know that I need to close out the cross country hitchhike and report on the progress of the Coffe Summit, and I will fulfill my blogger duties. “On this you can depend and never worry”, sang Diana Ross.