Chatting with Round Bale outside the Good Times dance venue in the weakly wafting breeze of an unseasonably warm night last Saturday, he was conflicted between keeping his paid for ticket appointment with John Prine at Merriweather Post Pavilion or a favorite Blues artist in a local municipality’s Bluesfest. “Can you feel that wafting?”

“Not yet, dude. You may be absorbing all of it. Maybe I lack the ionic magnetism to attract air molecules that have free will.”

“You mean iconic? Let me move. There. Feelin’ it now?”

“Oh, yeah. Nice, you icon of sweaty swing dancers. You are the sexiest white man in the roomba since Barry White passed. Last year’s dance was unbearably hot, remember? In the 90’s.”

“Duh, it is self evident that he was white. Barry…White.”

“Are you nominally racist?”

“No!! I have nothing against people of color!”

“A nominal racist discriminates against people’s names. Like Clint Black. Do you hate Pink? The Moody Blues?  They can’t help the color of their last names.”

“Uh, okay, moving on…But you gotta sweat to sing the blues, brother. I want to see them both, but I have to work some time. It’s a time issue not a money issue, so it is.”

“Sure. I saw John Prine way long ago when we were both young, at the Kennedy Center with Steve Goodman. Two great American song writers in their prime. Back then I had all the time in the world and no money to pay for parking so I had to walk sixteen miles each way, but it was a good show. Funny how that works out.”

My mind continued to wander down Prine Street this morning, so I told Alexa to play John Prine while I trod the treadmill. Mmmmm. So many associations built in to each song as the notes and lyrics scrolled backwards in time, skied uphill into the swampy springs of my emotional memory banks. Up comes Mark Craver, who personally thanked me for introducing him to John Prine’s music. He often made Prine lyric references, as I recall. “About Rocky Mountain Time” touched him, though I never imagined why or where back then. 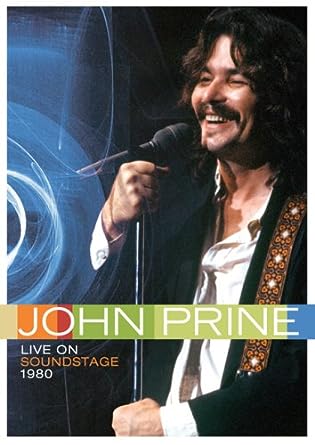 [Chorus:]
The clock played drums
And I hummed the sax
And the wind whistled down
The railroad tracks
Hey three for a quarter
One for a dime
I’ll bet it’s tomorrow
By Rocky Mountain time

Mark never came right out and said what he was thinking or feeling. You could hang out for hours or days before his needs were un-muddied. Deep waters are like that. In those depths it’s so dark and inscrutable. Funny, the first thing I thought of when we toured the Hemingway house in Key West was Burly, his affectionate nick name bestowed by Jimmy Wilkie. Mark would have been in reverent awe, I’m sure. Kindred spirits do that when they meet. Imagining Hemingway in each room was harder than seeing Mark at the typewriter all night. That was easy for me. Papa fits both men who were bigger than life, stronger than oxen, and unforgettable. The words fail to explain how I wished he was standing next to me on those Hemingway steps.

Your Flag Decals Won’t Get You Into Heaven Anymore and Yes, I Guess They Ought To Name A Drink After You, resonate as bitter favorites with Mark, but so many still hum happily in my neurons with attachment to a smoke filled apartment living room in Williamsburg…  too long ago to touch. Which sucks another Prine song through the splintery knothole of time into my consciousness…

I hate graveyards and old pawn shops
For they always bring me tears
I can’t forgive the way they rob me
Of my childhood souvenirs
Memories they can’t be boughten
They can’t be won at carnivals for free
Well it took me years
To get those souvenirs
And I don’t know how they slipped away from me.

I don’t linger in pawn shops or graveyards. Though I’m sure they are full of tragic stories, they can wait for my business. I have a green and white Navajo vase with a little cactus in it. Mark’s mom gave it to my wife when he lived with us too briefly before we got in the children business. And there’s the Dire Straits album of his that was mistakenly filed in a Fleetwood Mac sleeve that I have somewhere at home. Along with his books and some emails, these are my cremains of him. The rest are scattered around Walden Pond. Yeah, he was like that: brutally loyal to his values. Thoreauly.

Way, way back when I was 17 years old I took a trip to England. I met two Aussies and one English bloke in a hostel in Edinburgh, Scotland around New Year’s Eve. The Aussies I have forgotten, but the other fellow Rob Campbell invited me back to London for the final days before I flew back to the U.S. We rolled our own cigarettes dipped in hash oil and drank bitters at pubs with his mates. He talked American music with me, The Flying Burrito Brothers, Dylan, and others I’m sure. When I got home, I mailed him John Prine’s 1971 album and some other forgotten disc. He loved Prine. Kindred spirits have this thing of getting one another.

Mark was a good listener as I recall. He never shut me down when I blew my baloney around. “He’d say ‘sure, sure’ and ‘yeah man'” when I’d be talking just to hear myself think. After quitting my job as a proofreader in D.C. at a Big 8 accounting firm on K Street, I was jabbering with my wife in our Vienna, Virginia house. Mark was living with us temporarily. My wife said I should go into teaching. Mark agreed. And that was all I needed to move forward with my first career. Funny thing is that a year or two later Mark did the same thing and became a teacher in Fairfax County, Virginia. He did not need my affirmation, but I sure needed his. Burly was like having a Sherman tank behind you.

Mark could crush you with one hand while petting your dog with the other. He loved dogs, probably as much as he loved people. Dogs don’t betray you. But let me conclude with the chorus to yet another favorite JP song.

Burly was a massive white oak tree in my history. I guess today I just wanted to say Hello in there. Hello. 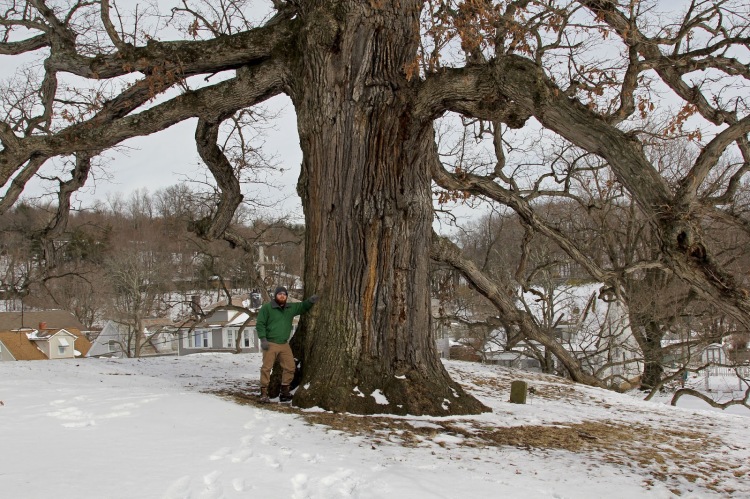