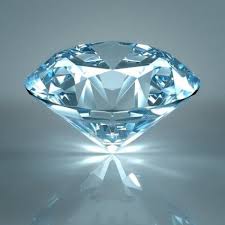 There are a few things I’m sure of in this life; darn few. One truth in this small basket is the brilliance of love, which is why I suppose diamonds have come to symbolize committed romantic love and marital fidelity. Even though the mining and distribution of African diamonds begin and end with mistreatment of mankind by bad men, these precious stones shine on. Even Pink Floyd wrote a song about one. “Shine on you crazy diamond.”

My buddy Clark gave his lovely bride Pat a diamond engagement ring years ago. He had to overcome his political gag reflex and acute hatred of the diamond market in order to write a check to the snake-toothed salesman who said he wasn’t making anything on the deal. For the love of Pat.

Love is not always about doing what you really want to do, like kissing that pretty girl. More often it involves doing what you don’t want to do– change a nasty diaper; sit up all night with a sick loved one; listen to the same problem your spouse has that you know how to fix. It’s “forgetting” that your favorite team is playing at 4 p.m. when your wife has invited company for a formal dinner at 5 p.m. Especially if your wife is Pat. 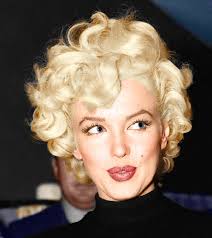 If you have had the fortune to meet Pat, then you already know the futility of my words in trying to describe her. She lights up a room with her spirit and lovely attitude. She lives in the moment in Pat’s world, which is a sweet place to live. Purity and kindness and light radiate from her. She just turned sixty and made that number proud to be associated with such a lively and sentimental teenaged beauty. Being around her and Clark sparks others into playfulness and affection, especially when she dances her patented Pat moves. Though she is afraid of bears, she has charmed pit bosses at casinos and hardened curmudgeons all around. If she were a bank teller, bank robbers would come to her to orchestrate their surrenders. “I’m sorry I upset you, Pat. I don’t want the money. Here, you take my gun and call the cops. I was wrong. I apologize. Don’t cry now, there–there.”

They met at a singles dance about ten years ago. Clark was coming out of his second divorce and feeling like a bank robber. Pat had never been in a big relationship. She’d been too busy caring for her elderly parents, her sister and her sister’s kids. She lived in apartments all her life and was content with what she did have. After some joyous dating, they married. Clark presented her with the engagement ring in a box that lights up when opened. He told me how Pat would sometimes get up at night and just open the box to gaze at her beautiful diamond.

Last month Pat went to her dentist on the first cold day of the season. She wore her gloves for the first time this fall. Somehow, somewhere between her workplace and the dentist’s office, the diamond came off the ring and was lost. It was like the Rolling Stones without Mick Jagger or an ice cream sundae without the maraschino cherry on top. Awful. She called Clark and he searched that day and later that night with a flashlight, hoping to catch a bright reflection in the darkness. No luck.

He called to tell me of the lost stone. All I could think of was Pat staring at the lit jewel box with no diamond in it. Poignant and tender but not tragic or fatal. Losing a symbol is not equivalent to losing the thing it represents. If bald eagles become extinct, our country will endure. If crosses are outlawed, Christianity will continue. Somehow I knew that the diamond would be recovered and a good story would result.

Sure enough, I got a call over the weekend from Captain Lucky Tan, aka, Clark. The stone had been found. Mick Jagger had been recovered. Dripping red cherries could plop on whipped cream again. The dental hygienist had seen a sparkle between the dentist’s chair and the rubber mat that surrounds it. As she looked closer, she saw it was Pat’s diamond. Found. Rescued. Saved. Reunited with her ring, her hand and her marriage. I was happy for her and Clark and for cosmic justice. And truth be told, for the story to blog. Unlike the story about my high school ring, this one ended with redemption and reunion. (There was no brilliant love in my ring story, just Daffy Duck in an oven. Consequently it was barely interesting.) But Pat’s diamond? Well, it was like the Prodigal Son story in my mind, deserving of a feast. 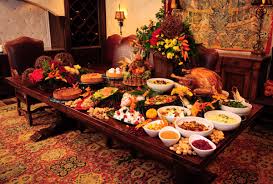 If you know your Bible, Jesus told the parable story of the prodigal son who demanded his inheritance before his father died. The gentle father granted him his arrogant and impatient wish. The son left to impulsively squander his father’s wealth. He was lost and dead to his family. Depleted of all material wealth. At the edge of his sabotaged world, surrounded by pigs in excrement, he came to his senses and returned to his father. He imagined the fair treatment he could expect upon his return– slavery in his father’s household. However, this swiney son was greeted with joy by his father, who lavished love and gifts upon him. He had clearly forgiven his son’s arrogance and selfishness. He did not ask for an apology or evidence of pure motive. He called for a robe and a ring and a feast. His beloved son was alive. Celebration was the only option.

Pat’s diamond has that sort of value for me. Something of great worth and symbolic power was lost. Sadness and anger and pain at the loss filled the emptiness. In its absence the diamond became more present to her mind and to Clark’s. But this little tragedy pricked them to think of the joy and blessings that they do have, the blessed life they are privileged to share. And now, let the feast begin. Break open the fine wine; put on Marvin Gaye; dance and spank the baby, Pat.