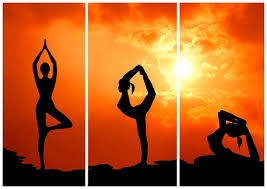 Never did I imagine that I would go to yoga class. Then again I never imagined going to ballroom dance classes. However, since last week’s neck seizure, I had to do something to prevent a recurrence of neck lock. Simply getting toridol shots, using ibuprofen, flexeril, and naproxen beats up my liver and kidneys. They work but do not appease my loving wife, who promised to hurt me if I did not get an order for physical therapy. Cleverly she made a yoga appointment for both of us at a local yoga parlor. Now stop your filthy imaginings right there!  I did not wear yoga pants or biker shorts.

No, I dressed modestly in nylon sweat pants that left everything to the imagination.
We met the petite instructor, Pat, who is so supple and toned that she does not seem to leave footprints when she walks. I followed my wife’s lead and unrolled my pink mat. I was ready to stretch not only my muscles but my manly comfort zone as well. Two other flexible women joined our little group in the small yoga parlor. Any more participants and it could have been an illegal or immoral gathering. Just as we were getting started, a thin man in a drab khaki uniform appeared. 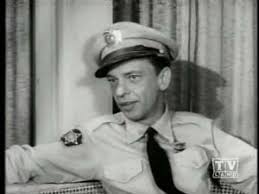 Vice Squad Detective Barney:  “What the heck are  you doin’ here, fella? Looks like a harem party. Show me some i.d.”
Yoga Man: “I, uh, don’t have any pockets. My i.d. is in my wallet, which is locked in my car across the street.”
Vice Squad Det. Barney: “Do I look like a rookie? Turn around and spread’em.”
Yoga Man: “Officer, is this really necessary?  These women can vouch for me, if you’ll just…. OUCH!” [arm twist behind back]
Vice Squad Det. Barney: “I’ll make the suggestions around here, Yoga Boy. There’ll be no vouching either. 219, I need back up at the Yoga Parlor on Main Street. Over. Caught’em in the act. Over. Send a female officer please. 409, over.”
Wife: “Detective, really, he’s my husband and I have an order in my purse for physical therapy but I thought yoga would do the same thing…”
Vice Squad Det. Barney: “Lemme guess, lady. Your purse is locked in the car across the street. Yeah, nice try. We call that a ruse prior to creating a distraction and an opportunity for escape. Do you know who ya’ll are dealing with? I went to the Mayberry Academy for six months on line.”
Pat: “Detective, you are disrupting a legal gathering of purely innocent activity in which we get in touch with our heart chakras.
Vice Squad Det. Barney: “Nip it! Nip it good, little lady. Just keep your chakras in their sheaves please. 219, send the drug dog too. Over.”
Radio Voice: “Now Barn, it’s Andy. Let them people alone. They got a license to do yoga. I got it right here at the station. Now just uncuff whoever you done arrested and come on back for some of Aunt Bee’s brownies. And, uh, let’s get you back on your medication.”
Vice Squad Det. Barney: “Roger that, Sheriff. 409 out.” [walks out backwards and knocks over an aromatic soap display] “You people caught a break today. But I’ll be watching you, so you best be on your P’s and Q’s. And you, Yoga Boy, you are one twisted man.”
Okay, that did not happen. But it could have been an interesting episode from the days of black and white television. 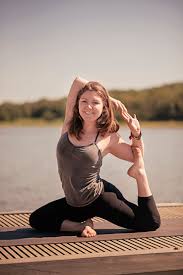 What did happen was 45 minutes of exertion, stretching, sweating and mild bewilderment. Like dance class I have to be at the same orientation as the instructor, i.e., see the move from his/her perspective or else bad things happen. My brain does not reverse mirror well. I lack the protein that makes the neuropeptide responsible for mirror imaging. At least that is what I’m telling you instead of simply stating the obvious:  I am retarded in three dimensional reasoning like Spock was with emotions. 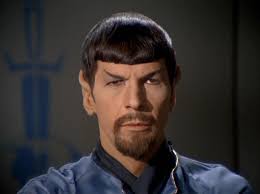 “It’s quite logical, Captain. You see left as right and right as left in the mirror. All is merely opposite, causing the right hemisphere of your brain to interpret what the left hemisphere is experiencing while still retaining the essence of its rightness. When the instructor moves forward, you also move forward. When she moves the arm on your left side, you must respond with movement on your right side. Do not allow your human emotions to intervene.”
“Thank you, Mister Spock.” 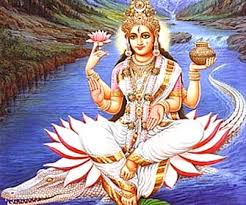 The lights were dimmed, thank Shakragupta, the Vedic goddess of embarrassment. There were no mirrors reflecting our postures. In my case it was a wobble. I pictured John Candy doing yoga and began to laugh at myself, but I caught the giggle before it exited my pursed lips. I shudder to think what would have happened if I’d laughed at my own incompetence while prerecorded monks chanted “Ooooommmmmmm” over and over again just above a percussion instrument that sounded like a hollow log being beaten with two wooden spoons. 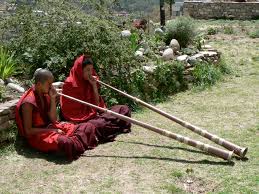 “Breath in and reach up! Pull down and exhale.” “Inhale and step forward in warrior pose. Exhale and step back in reposing warrior stance.” Breathing is important in this exercise. You can’t just breath on your own as your reptile brain tells you. No. You must corral your breaths and make them join the harmony of the motion you are doing, while becoming one with the universe’s pulse. So I am lost, but it’s dark and I’m pretty sure Pat is not looking at my form as she tells the group, “Good job.” As we finish the torture, Pat compliments the others and then says to me, “You gave it all you had.” Only later do I analyze that “compliment” and associate it with failed attempts at baseball and skiing and carpentry and roofing. I’d heard this before as an acknowledgement of effort in a failed cause. Like when Robert E. Lee surrendered his saber at Appomattox Court house. General Grant said, “Well, Bob, you gave it all you had.” 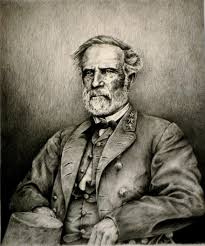