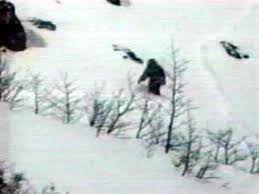 It’s an odd experience to walk backwards. Sometimes you have to do this in biting cold wind because facing it could  freezezip your face off, leaving you with frostbite patches of dead skin and a fleshless nose. If you’ve ever caught a tender piece of your anatomy in a hard metal zipper yank, then you have a rough idea of being freezezipped.  So you turn around and carefully plod backwards on a windswept winter sidewalk or pathway. Sure it’s dangerous, but it’s a compromise against certain disaster.

According to a recent article on frostbite,

“Noses, fingers, toes and ears face the biggest risk. Those body parts have less blood flowing through them and a lot less mass than the body’s core. They’re also more likely to be exposed to the elements. Obviously, bundling up those tender parts is key.”  [Nancy Shute, Your Health, 1-6-14] Thank you, Nancy.

There are other versions of walking backwards. I blogged about retracing one’s steps in post 151. That involved careful re-examining an external reality for something tangible that was lost.  That is not what I have in mind today. What I’m after this time out is more like a near sighted man stumbling backwards in a psychological blizzard searching for something that is lost but intangible. Why?  I get a lot of these sad sagas in my counseling experiences. Men mostly who have lost the love that they took for granted just a month ago. Make no mistake:  these men suffer frostbite damage; it’s just that theirs is invisible…a chamber of their heart atrophies. 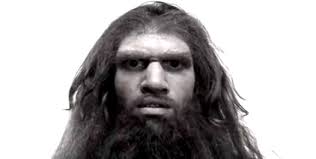 Their controlling self-absorbed lives come unglued when she says, “Enough is enough”. These men start grasping at the ashes of their relationships, hoping to come up with something solid and salvageable instead of powdered soot. Then they get angry, feeling victimized. They push buttons that used to produce sure results. They intimidate, threaten and rage, but it’s too late; the horse is out of the barn, down the lane, and over the county line. They don’t realize that telling their soon-to-be ex-wife that she used to be really pretty when she weighed 50 pounds less is actually an insult. Or that they’d be there if she had terminal cancer. In their memories are oasis-like spots of joy and ecstasy and happiness where these guys focus their attention, believing that three good episodes prove a lovely pattern of behavior over seven or eleven or fifteen years. Not so much, knuckle walkers. 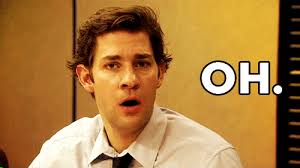 Meanwhile their hurt women are emotionally starved and aching for tenderness, compassion, acceptance, and yes, love. Not perfection or even exceptionality, no, just a modicum of decency and concern, respect and sharing life together. By the time the hurt woman actually leaves the relationship, she is so gut shot that no amount of counseling or medication or therapeutic retreats can sew up the holes in her guts and promote healing. When he desperately asks about counseling and medication, a cruise, a weekend getaway, she gets disgusted because she trumpeted these options for years into deaf ears. Now that he can miraculously hear, she’s gone deaf.  She actually gets enraged when he starts to get help, read books, join a therapy group or do individual counseling. In some ways it’s like telling a corpse how much you love her, and then cleaning the house, or doing the bills, or making dates for the two of you. It’s too freaking late, okay? Even Norman Bates would agree with this evaluation. 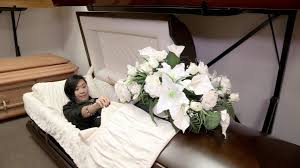 Still, these knuckle walkers stagger backwards, remembering how irresistible she was, how fetching, and her image dominates each empty moment. Her perfume, her manicured nails, the baby soft skin… all gone. Her laugh, the way she played with her hair, the killer smile. He resolves to be a new man, but it’s a blizzard of images and feelings swirling around his narrowly hooded view. He can’t see a horizon due to all the flurries. In some ways it’s like Jack London’s short story, “To Build a Fire”. Just when you think the reckless agonist has succeeded in saving himself with a survival fire, the snow above him melts and extinguishes it. TShhhhhh.  Death, ice cold spears of death, is moments away. But it’s not a single moment or incident that kills a relationship. It’s years of termite infestation, the slights and names, the absences, and the blatant superiority attitude. “Meet my needs and ignore yours.” 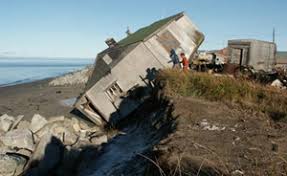 There is, however, a moment of epiphany for the demeaned woman. She may come to consciousness watching a movie about a despicable, controlling person. Or it may be a visit to the large apes exhibit at the zoo where a silverback male puts on his dominance act…and the loose points of reference snap together in a razor sharp line of conclusion. “He’s a beast, an idiot, a hostage taker.” She begins the escape plan. Separates out the bills. Finds a way to squirrel away money. Contacts an attorney. All the while allowing Bonzo the Chimp to have his way, scooting about on his calloused knuckles. In fact, he may feel the loss of resistance and conclude that the little woman is finally wising up to comply with his program. Bonzo’s own arrogance is about to choke him silly. 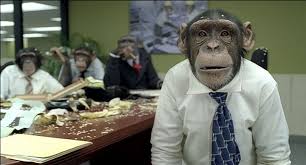 The breakthrough moment may be that Fourth of July when he flicks her sunglasses off her tense face and says, “Look at me!” The brilliant July sun blasts her shrinking pupils and frames his cocksure portrait with a radioactive glow. “Oh, I see so clearly now,” she thinks to herself. The moment burns onto her memory plates like x-rays. He knuckle walks backwards, beating his chest and thinking he has won another round in this little love war. He’ll send flowers or a special journey necklace later, the kind with tiny diamonds that get bigger as they flow down in an S shape. Later she will turn it upside down and say with a smirk, “The journey’s over, Bonzo.” 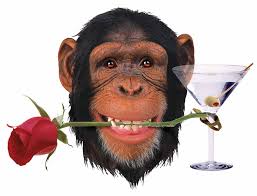 He will turn his back on the icy truths that bite  him and stumble blindly backwards on calloused knuckles. 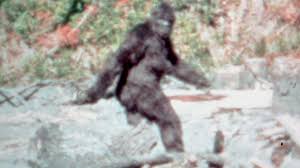