I have no idea why I chose this title. I sometimes just start with a word I like and try to write into it. Maybe that’s what I’ll do here. I like to define my terms before I explore and explode them. 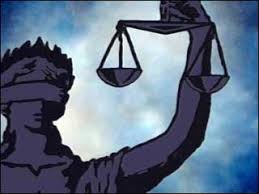 1. a stable condition in which forces cancel one another
2. a state or feeling of mental balance; composure
3. any unchanging condition or state of a body, system, etc, resulting from the balance or cancelling out of the influences or processes to which it is subjected

I’m often confronted with the old equal versus fair debate in counseling sessions, whether it’s between an adolescent and a parent or between spouses. The question arises, “What is fair?” Sometimes fair is equal, but usually it’s not, because not all problems are quantifiable.

Let’s say a teen aged kid wants a cell phone. He has two younger siblings, ages 9 and 4. Do they need a phone?  No, nor have they asked mom and dad for one. So the smart teen boy does not pull the equal card out within the family. Instead, he starts with his peer group.

“I neeeeed a phone so I can keep up with my friends and check on homework. Plus if I’m ever locked out of the house or kidnapped, I can call you or 911.”

(Notice the red herrings dropping out of the adolescent atmosphere like medieval miracles in the form of large Swedish fish. “Father Minotti, the red fish are falling out of the skies. Praise God. It’s a miracle. And this boy, he must be a prophet or an angel. And, Saints be praised, they are sweet and tangy!!”)

Dad, “Son, you have straight A’s and can’t really do any better academically. You have rarely called your friends about homework in the 8 years you have been in school. You also passed over the fact that we have a land line, a computer, and our personal cell phones at your disposal. Likewise you have never been locked out of our house because you know where we hide the spare key and your grandparents live two streets over. Nor have you or any of your friends ever been kidnapped or been in need of 911 services. So the reasons you have given for neeeeding a phone are imaginary, “what if?” scenarios. I would prefer to negotiate in the real world. Okay?”

Son, “Gosh, you don’t have to get all mad about it, Dad!! You guys NEVER let me do anything!!” (Attempted guilting to soften up the parents for the next pitch. The big unhittable “Fair” curve ball is coming along with a generous serving of exaggeration.) “I am the only kid in 8th grade who doesn’t have his own cell phone. Do you know how immature and demeaning that is to me? I’m out of the loop. I miss all sorts of important growth opportunities to mature and be socially useful.” ( Altruistic prosocial reasons sprinkled on the red miracle fish.)

Dad, “Son, every time you have used my cell you’ve googled sports statistics and song lyrics or tried to watch movies. Plus, I know for a fact that the Harrison twins don’t have cell phones. I’m pretty sure Shirley Shoemaker hasn’t let Alyson have her own phone yet. There’s three out of what? 21 kids in your class?”

Son, “Ughhh!! The twins are dorks, Dad. You know they are. They wouldn’t even use phones if they had them cuz they’re too busy building Lego landscapes in their attic. They probably built a cell phone out of Legos. And Alyson still plays with Barbies.” 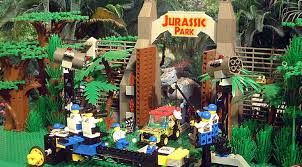 Dad, “You used to love to play with those dorks two years ago. And you still have Legos boxed up in your closet. Or have you forgotten?”

Son, “Huhhhh!! Those… are…collectibles. Just like my Magic card collection. They are investments. I’m just sitting on them till the price is right…which is why I neeeeed a phone, so I can track the prices of my collectibles.” (Entrepreneurial angle)

Mom,”Honey, how many million Lego sets and Magic cards do you think are out there? I played with Barbies and held on to  a few like Christmas Barbie and Bicentennial Barbie, and you know what? So did every other girl and gay boy in the world. So they are actually worth less today than when I bought them and I never even took them out of the box. There is something in economics called equilibrium when enough buyers match enough sellers….It’s a Keynesian model….” 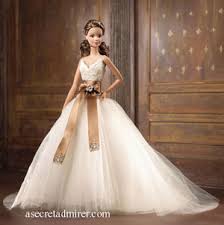 Son, “Mooooommmm!!! It’s not the same thing. I know my stuff is valuable. You speculated on a common commodity and lost. I’ve done my research. Just one of my Magic cards is worth $500 because nothing in any deck can kill it. Don’t you know anything?!! Maybe you should adopt Alyson Shoemaker, then you would have your precious equilibrium.” ( Parry for shame that a parent would express preference for another child.)
Dad, “Son, show some respect. Let’s reel it back in. Weren’t we talking about a phone?”

Son, “Yeah, but it’s pointless. (Go for broke nihilistic drama to the max.) Just forget it! I’ll play with mom’s Barbies and my old Legos in the attic like the Harrison twins. When my friends call about prom, just tell them, “Eric can’t go. He is in the attic.” You know, psycho boy beyond all recognition or hope.” 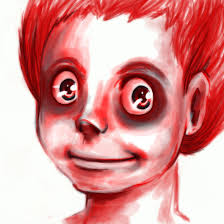 Mom, “Eric Wilson Myers!! Stop it right now! We love you and want what’s best for you. We’re just nervous about allowing the big ugly world to come to your innocent ears and eyes 24/7. You’re just 13, Baby. That’s all.”

Dad, “Eric, it’s true. We don’t want you to be the boy in the attic who lives in his own world of fantasy and delusion either.”

Son, “Which is why I neeeed a phone, Dad. I don’t want to live in an attic with imaginary friends. I’d be dangerous to myself and others.”

Dad, “Okay, we’ll add you to our plan. But you’re gonna have to share your password with us. No bull, no arguing. Okay?”

Son, “Yes, Dad. I think you’ve made a really responsible decision here that you can be proud of in the future. You guys are tough negotiators.”