Okay, this post has nothing to do with the Beatles album of the same name, I just thought you might peek in if I baited you with art and then switched you into madness. I am currently under the influence of Pink Floyd and Cream at this very intense moment and my thoughts seem to be erupting slowly like methane bubbles rising out of the decaying detritus from the floor of an intellectual swamp and then popping onto this blank canvas you are reading. Visual flatulence… could be the name of a band from Toronto that never quite made it, like Spinal Tap. Anyway, at this morning’s Coffee Nation Summit things turned and twisted uglily (yes, I’m sayin’ that) as they normally do… five wet shower curtains in the wind on a drizzly day. Each very limited man put in his unlimited input, like PGA putters put in their putts or putzes, depending on your personal preference and people group. But put or putt or putz, no one was disputin’ Rasputin or Vladimir Putin due to Article I of the Nation’s Constipation:  no politics or religion will be broached or tolerated in Summit. Failure to comply will result in a slow, painful death by pun firing squad, which may take up to six months. [Most victims of the pun firing squad actually die of dehydration since they only drink coffee during the painful firing of the puns. They often beg for a quicker death near the end. It’s a cruel and inhumane way to die and must be carried out beyond the outer limits of the Geneva Convention in caves on the north beach of Aruba, aka Pun Island, where the pun is truly mightier than the sword.]

Joel our jovial attorney was in no hurry to get to work printing counterfeit money. He stayed quite a bit longer than normal. (I hesitate to use the word normal, since that has mental health implications that we cannot justify. We are abnormal putzes. If we had an alma mater, that would be our cheer: “We are… abnormal putzes. We are…”) He had shared his thimble of wisdom for the morning and invited us all to his summer tendonitis attorneyment. You’ve probably already guessed its name:  Thimbledon. It’s a fortnight of blindfolded barristers yelling legal citations back and forth over ankle high badminton nets followed by a round of icy mojitos on the  croquet lawn. Instead of golf carts they have summer interns push them around in wheelbarrows to avoid any possible DUI’s. This year’s theme is “Liability and Libation, A Study of Contrasts”. Most attendees will never forget last year’s rousing rendition of Pete Seeger’s “If I had a margarita, I’d hammer out justice, I’d hammer out freedom all over this land” by a young member of the local bar who chooses to remain anonymous. (It was Eddie Fickle, but you didn’t hear this from me.)

As Lance arrives, Joel says, “When I see you, I have to go.” The table reassured him that there are medications that can help with his random urinary urges. He did not protest as we offered various homeopathic remedies such as corn starch and fiber supplements to balance and help him control his aging bladder. My favorite suggestion was for him to sleep with a penny under his pillow each night to pay off the bladder fairy. With a sheepish grin he thanked us.

Big Steve regaled us with his pool maintenance tips and warned us of using outdated hoses on updated pumps. Someone could be violently hosed if the couplings did not get along. (There’s a Lady Gaga joke in their somewhere.)  And isn’t that a universal truth?  This was a natural segue into the topic of war. D.J. shared his near death experience in Iraq when a nursing mother attacked him with a squirting breast. His soldier buddy collapsed at the absurdity of it all, laughing himself into a helpless state as D.J. had a tense standoff with the milk bomber. Later he wrote it up as an encounter with an IEBD, Improvised Explosive Breast Device. “She was deadly accurate with that thing. I mean it, man. I was ready  to shoot back!” Imagine his PTSD flashbacks and nightmares. Huge zeppelins spraying laser streams of 2 % milk on him as he fights against his high count Egyptian cotton sheets and shudders, “Don’t milk taze me, bro!” It’s not funny. A simple trigger of a pool pump could throw a man back into his struggle for life in a godforsaken land of booby traps… something his recruiter completely failed to inform him about. Maybe one of the Thimbledon lawyers will take his case and together they can push wheelbarrows filled with young interns around Aruba. “Mojitos for everyone.” 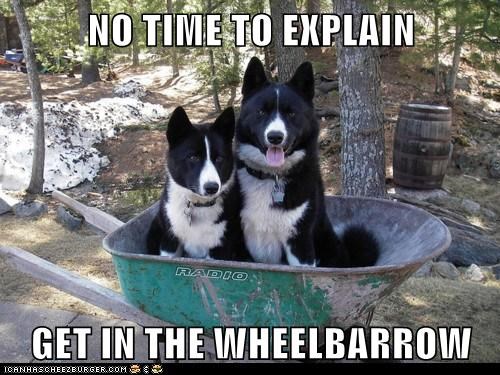 Meanwhile Gene sits like a disgruntled Buddha with hemorrhoids who occasionally shouts, “Shut your face!” He gives his shots at the Nation, knowing that when he leaves he’ll be subservient to Lance’s razor at the barber shop tomorrow. ” N-N-Not to be smart, but I can’t argue with a man who’s got a razor at m-m-my neck.” He’s as meek outside of the coffee shop as he is cantankerous inside it. The Nation functions as a catalyzing poop magnet for Gene, keeping him emotionally regular from week to week.  Lance sat across from Gene and was not content until he got a blast, “Shut your pie hole, you!” This outburst led to bent over contortions of laughing.

And that leaves me. The nice thing about being a blogger or the Dictator for Life of Coffee Nation Summit is that you answer to no one except your wife. So I am under no legal or moral obligation to say what I did or did not contribute to the group… unless my wife jacks me up and makes me confess. Anyway, I remember others’ silliness far better than mine. So let it be written. Let it be sung.