So I got a letter in the mail asking me to save the date next year for my high school’s 40th reunion. That’s right, Bloggapillars, 1974 was 40 years ago. I have not been to one since my fifth year reunion, which was a loud dud. I recall a couple of loud mouths and a couple of very drunk losers who seemed to be on a long losing and drinking streak. I took my girlfriend of the time, who is now my wife. She was unimpressed as I was also. I think we left early. 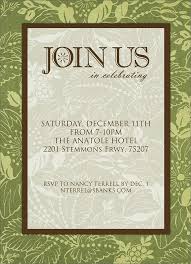 And now an invitation comes in the mail. “The class of 1974 wants you…” I don’t know how they got my address, though in the era of Facebook, Google maps, and the NSA there is no privacy. I put the letter in the trash. My wife fished it out. “Let’s go. It will be fun. We can dress up and dance.” I wished her well and encouraged her to have a good time. She could tell my forgotten classmates of my untimely death and perhaps get a few phone numbers. But she was not easily dissuaded. (Oh no, I thought, let’s not make something that does not matter as much as a worm’s whisker into a showdown about what’s good for me.) “It will be good for you”, she nudged.

“My high school has never contacted me for a reunion”, she added, as if that gave her justification for forcing me to attend my 40th high school reunion. I thought back… I didn’t even graduate from my high school, technically. I received my now misplaced diploma from there, but I actually graduated from the county night school program at Thomas Edison High School. Maybe I should look up the green card Guatemalans in my night classes or the stoners I rode back and forth with. Hmmm, we smoked on our breaks and chattered about concerts and beer. The long and short of it was that I disliked high school so much that I went to day and night school to get out of there a year early. Now I’m supposed to go back to celebrate something I despised to begin with? No way. Plus there was my brother’s experience at the last one.

My older brother Steve looks a lot like me, only younger, which is not right. While I taught in public schools and grayed under stress, he worked for the federal government and did not. Once, at a restaurant in Frederick, Maryland, we were exchanging kids for a week away from their homes. We had dinner and he and I both went to the cashier to pay the bill. I said, “Let me have it.” He insisted and held the check. The cashier said, in front of my daughter and niece, “Oh how cute. You want to buy your dad’s dinner.” Well the girls laughed, no, screeched at the irony. My brother called me “Pops” and the story became part of our family lore. Anyway, he married one of my classmates, Michelle, who faithfully attended all the reunions over the years. A few years ago Steve told me that a slightly drunk and angry woman came up to him and blasted him for my sins. Fortunately for him, he explained that he was not me. Sadly for all concerned, I have not the faintest recollection of this girl/woman. So there’s one more reason not to attend a function I had no desire to attend without handcuffs and straight jacket attire while under the influence of rohypnol. 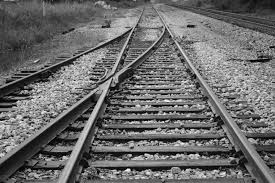 Union comes from “uni” which means one and is the root of “unity”. I had a lot of experiences in high school. Unity was not one of them. There was no oneness among 650 students per class. Funny, though. Many years later my buddy Mark Craver was teaching at our high school when a letter arrived from England inquiring about a high school ring from 1974. The writer wanted to know if this was the home of the Hawks, and if someone could verify that the ring did in fact come from that school. The principal called Craver down and showed him the letter. Mark said, “C’mon Man. Over 600 kids were in our graduating class!” Then the principal read the next page that gave my initials carved on the inside. Craver said, “Yeah, that would be Burrito Special.” However, no one in that story was interested in getting my lost ring with an aquamarine stone back into my rightful possession. Okay, add it up to global karma.

You see in 1973 and into early 1974 I had traveled to England and Scotland. I had lost my heart to my first girlfriend, who had moved there after junior year. I went over to visit her and resurrect a Daffy Duck sort of love. I’m thinking of the episode when the hunter tried to bake Daffy in an oven that needed a match to light the thing. Daffy kept blowing out the lit matches. I would have been the hunter and my girlfriend would have been Daffy. There was no hoped for reunion, my aghast readers. I know, her unending loss. She could be famous now as Mrs. Burrito Special. Loved by all and envied by many. 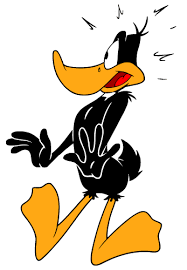 Oh, well, it was a life changing trip anyway. I lost a lot of things in England and gave away other things willingly, never expecting to hear a word about any of them. But, wow, that was a reunion without any material connections to it. I liked the story more than that foolish ring. I do remember taking it off to wash my hands at the Angel Hotel in Bury St. Edmunds. Charles Dickens had written something there above a toilet, “It was the best of hotels. It was the worst of hotels.” I recall being so tired and jet lagged that I fell asleep in my lovely steak dinner after I had washed my hands and face. I was 17 and as dumb as Greg Allman. I was not drunk, I just hadn’t slept for 40 hours.

Oh, no, no, no. No reunions in the flesh. If Craver were there with my ring on his pinky like a mafia Don, well maybe I’d go. For the moment I’ll stick with trying to find unity in what I do know. You can’t cook a duck that won’t cooperate. 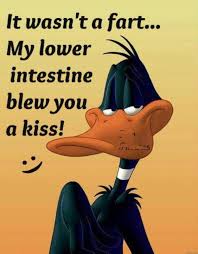