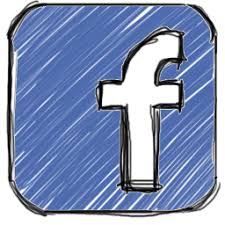 I did it finally; joined up with the evil empire of Facebook. Why? One reason:  I wanted to open up traffic on my blog. That’s it. I have no interest in where you went drinking last night or how cozy you are now in your new Christmas pajamas. It’s so trifling, I think. Life lived via mosquito bites. I’m not going there. No comment from me.  Nosirreee. The other connection icons simply confuse me. What is Tumblr, Twitter and the other signs? I don’t want to learn the language of cyber graffiti… how to do it or interpret it. No thanks. I had a hard enough time with Spanish and Latin. They were required classes back in the day. 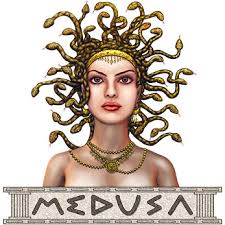 I fear that Facebook is the modern equivalent of the mythical Medusa, the snake-haired monster whose gaze turned onlookers to stone.  Medusa was so arrogant and irreverent that she compared her own beauty to that of the goddess Athena, who did not handle the mortal comparison well at all. She cursed the beautiful woman and created a situation where Medusa’s face caused instant, horrible petrified death for any mortal who beheld her disfigured appearance. Well, can Facebook turn you to stone? Perhaps. It’s not making you any more beautiful, folks, as you hang your new, used and soiled laundry out there on cyber clothes lines. See, it all starts with narcissism, staring in the mirror longer than is necessary for hygienic reasons. You start to glom on to your own sense of glamour, “Oh my, how ravishing am I?” And then the tumblrs begin to click, and there you are, posting self indulgent selfies that really aren’t that glamorous. A rumbling begins like a bad sinus infection in your face; your hair turns serpentine; your eyes become red dot laser beams. Then truly, looks can kill. 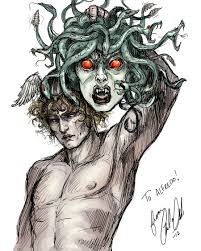 Don’t look now. I mean it.  Staring relentlessly at your timeline and cute attached videos helps your blood coagulate as adipose deposits link up in your butt. Each peek is like another shot of Botox in your brow, stiffening your range of facial expression. People, stuff is happening out there in real time as you sit helplessly chained to your imaginary friends. Listen: I once knew a guy who bragged that he had 600 Facebook friends. I asked how many had helped him move furniture at least once. “None,” was his answer. “Real friends help you move your stuff,” was mine. Oh well, I’m not going to change the world with another cranky rant against the fashion of the day. Nor am I offering to move your couch. Let’s keep it superficial. Don’t ask; don’t tell.

“Everyone is doing it,” said the naked and intoxicated folks in the pool. “Don’t be a prude. It’s fun and freeing and feels good.” I grabbed my wallet and tightened my belt the last time I heard similar lines. I don’t want to be a nude pirate or a swinging sugar daddy. If prude is the front end of prudent, I’m down with that. In fact, better a dry prude than a water ravaged prune with a hangover.

Here’s my problem, Blogwaddlers. ( I know, you’re thinking, ‘ Just one?’ ) I start posts with only a wisp of an idea and I go forth– no gas, no map, no where. Nothing but my cell phone and a roll of duct tape. And I write myself out to the end of a figurative diving board above a pool filled with hungry alligators. I bounce and ponder my options. 1.) I could tuck my tail, which I do not literally possess, and walk back my previous paragraphs, toning them down and making a viable way out of the mess I have created. 2.) I could continue to aimlessly bounce. 3.) Or I could dive headlong into the reptilian reservoir. 4.) Or I could reserve the right to another choice that I have not thought of yet. Well, being the intrepid courageous blogger that I am in front of my monitor, safely seated in a leather swivel chair, I choose to face the unthinking carnivores below my poetic board. Mind you, I am not for one second getting off my diving board. No Nellie. I have to solve this riddle like Perseus did when he faced his Medusa.  Let me reiterate: I am not getting in that pool.

So the clever Perseus was blessed by various gods with gifts– a sword, a helmet that made him invisible, winged sandals,  and a shiny shield. With all these weapons he could sneak up on the Medusa and shine her stony gaze back onto her via his shield. Being invisible he could get next to the ugly monster and whack her head off with that super sword. And that’s what he did. But I lack these weapons as I face a pool of toothy predators snapping at my precarious perch. Oh my, what will I do?

Well, if you watch enough animal rescue and cop shows, you know that alligators have great muscle strength when they chomp down those mighty jaws but little strength in the reverse. Also you know that they are not too clever or adaptive. So I have the upper hand. As I bounced on my dreamlike diving board, I devised a plan worthy of Perseus. I would lean over the pool and snap pictures of the gregarious gators to attract the monsters to me. As they posed and primped for their glam shot, I would loop a clever noose of duct tape around their snouts, and quickly wrap it tight as they recovered from the temporary blindness of the photo flash. Yeah! Who’s snapping now?  One by one I’d lure these left over dinosaurs into the fame zone and zap! Depotentiate each despotic dental-fanged thrasher. Only then would I walk unharmed across their bumpy backs into myth and history. 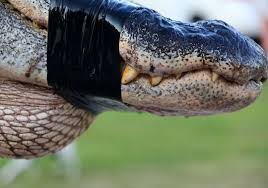 And now the moral:  well, um, the whole thing is preposterous, I know. The longer the post, the less coherent and serious it has  become. And let this be a lesson about staring too long into the face of Medusa or Facebook or alligators. Someone could get hurt. 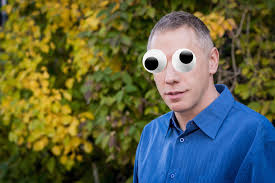