It’s not what you’re thinking, trust me.  Saturday afternoon Suzanne called for my wife, who is out of town. It may have been guilt induced, but she invited me to go along with her and her husband, Jerry, to the local Indian restaurant that was having live belly dancers in the flesh that night; plus she had a coupon for 25% off the total bill. All the stars were aligned for a famous evening in Turtle Town. “Oh it’ll be fun!!”  Now, this may say something significant about me:  though I do not like Indian or Tibetan food, I agreed to go along for the company and entertainment value. Heck, the previous week we’d gone to a rockin’ concert that wildly exceeded my humble expectations and made breaking into my own house seem like fun. Maybe that was peat and this  would be a repeat. In any event I agreed to meet them at 6ish.

I bought a bottle of sweet moscato wine to help detox the curry and tofu and peppers I anticipated. That was a prescient move. When we arrived at the smallish restaurant, one of the dancers was undulating with a tray that held three battery operated candles on it. She was in a costume that covered most of her anatomy but featured a bare strip for her belly to flutter and jiggle as she shook her hips and rocked her pelvis. It was about as sexy as a wobbly wheeled shopping cart with a bag of bagels in the child seat or watching laundry spin in a front loading washer. Are you feeling me? Undulating cottage cheese.

We shimmied on over to a table and decided to get the buffet, which I have had before, too many times before. It does nothing for me despite the interest that fellow diners seem to have in the same dishes. To me it’s like cat vomit on rice. I don’t care what the cat may have been eating, it’s just nasty once it’s on a plate in front of you. I may have been too graphic in the previous sentence. If you feel offended, please refer back to the waiver of damages agreement you did not sign in the earlier post about Pushing Jello uphill.

Oh the music. Who knew that Jamaican reggae could incite midriff sizzle? Or Mexican mariachi. Or some country western based tunes. But there it was– four middle age white women jiggling to all sorts of music from around the globe. Global navel warming was upon us. I felt the world’s sea levels rising as distant icebergs melted from the radiant heat generated by these four bulging bellies.

But the bigger belly issue is my own. I did not dance, shudder to think of this, Blogbuttons. Jerry offered to pop quarters out of his navel cavity, and he did so (brag, that is, not navel launch) with a strange sense of authority, as if he’d done it before. “Put a quarter in my navel and I’ll make change,” he joked. I was already uncomfortable when the first belly dancer stopped by our table and schmuddled with Jerry. Suzanne took a couple of pictures, blurry thank God. Later on the plump dancer came on with a curved sword balanced perilously on her head. This was the same lady who had the candle display when we entered. I began to wonder if she was trying to move the audience’s attention up away from the Hoover (Ab)Dam (en). If  that thing burst, it could be a mini-Johnstown Flood in the little strip mall where we were dining. Pompeii, even.

[My mind wandered… if the dam burst, what would the first responders meet? A blanket of rice and tofu interrupted by nan bread, candles, wine bottles, and seat cushions, suffocating the paralyzed patrons below.]

“It was too late”, says one EMT to a firefighter. “If we’d inspected that Dam, we could have saved many lives here, Bob.”

“It’s not your fault, Larry. It was a moving target. No one could have guessed the carnage that would result.”

“Still, I feel so guilty. If only we had insisted on abdominal pressure detectors or airbags, or maybe those oxygen masks that fall down in airplanes.”

“No, Buddy, nothing could have saved them. It was the perfect storm: spicy food, belly dancers, and 25% off coupons. No one saw this train wreck coming till it was too late.”

“I know, it’s just that cat vomit stench is killing me.”

We paid the modest bill and headed home. However, Suzanne had documented our visit with two pictures of the other belly dancer with me and promptly forwarded them to my wife, like I was the Hugh Hefner of Turtle Town. No good deed goes unpunished, Blogiums.

I went home thinking unpleasant thoughts about my girth. Never get on the scales when you think you are overweight, my Blogatons. Your bad mental juju will shoot the scale at least ten pounds higher. And that’s exactly what happened. I gained ten pounds by proxy. Oh my, my, my. Whose navel is laughing now? I had run two miles on my treadmill that Saturday, but I knew that was not going to help with this new blob of useless tapioca calories that was overtaking me. I felt like a man stuck inside a car tire, rolling wobbily along, hands and feet helplessly waggling above the ground. I had to do something. 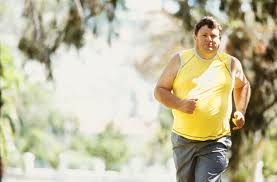 The next day I decided to eat vegetables for the rest of my life and to run five miles a day. Well, three and a half, if I could manage, on the nice weekends ahead. And at least I’d eat veggies for lunch. So I did. A bowl of carrots, celery and radishes does not satisfy the belly of an overweight man. I supplemented with an early dinner of roasted eggplant with black olives and cheese dusted with corn meal.  Not bad.  I put on Adele’s 21 CD and began gyrating in the living room and kitchen. “Rumor has it… Rumor has it…” I was shaking things up!!  Then it hit me. I could burn calories and tone up by belly dancing. I put a candle on my head and schwingled about. Not bad. I found my tarnished machete in the garage and… well, I cut my foot when it fell off my head the second time. That’s not gonna work. But if I cut my Jimi Hendrix tee shirt right at my sternum, well look at that!