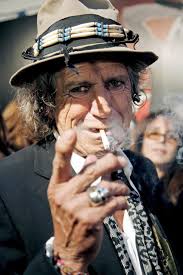 This morning the Stones “Happy” is rocking out of my computer. “I need love to keep me happy, baby, keep me happy. Happy, baby won’t you keep me happy?” Keith Richards wrote and recorded the song in four hours and sings the lead. No surprise. I read his autobiography a few years ago. If you cut out the drugs and sex and craziness, a 600 page book shrinks to 60. Richards is probably as well known for his drug use as for his music. I’m not here to bust Keith again. I think he’s had enough of that. (I mean, at his heroin peak even his dry cleaner could have been busted for possession.) Rather, I want to look at his lyric of continuous need as being another way of expressing addiction.

Addicts don’t choose. After a while they are “chosen” by their drug to ingest more or to withdraw or to itch, vomit or die. Addiction seems like one of the best tools Satan ever helped construct. The foretaste and promise of ecstatic freedom that results from astral levels of dopamine leads to a barren prison cell in the desert when that psychedelic elevator crashes. At first blush the drug struts down the high fashion catwalk looking like a fallen angel of pleasure. Some intense desire is fostered in the user that feels like falling in love with infinity. A physical, emotional, and spiritual high lifts the user up out of his mundane world. On later inspection this elevation is seen to be the hoisting of a carcass to make butchering easier for the Butcher. Happy at that point in the game is merely the appearance of functioning in civil society. That runway high fashion model turns out to be a drag queen hooker sweating it out to get by for another hour. It doesn’t matter where you begin with addiction; the terminal points are the same for all– devastati0n and death.

Another song that comes up in my cue is Bob Dylan’s “Ballad of Frankie Lee and Judas Priest”. It’s pretty clear that bad things are going on. Frankie Lee/Everyman needs money and then winds up in some sort of brothel dying of thirst. Meanwhile, Judas Priest/Satan, is more than happy to oblige his needs. Are these two separate persons or two personas battling for the soul of one man? I don’t know. It has the feel of a condensed morality play, though. Some souls are stolen and others  sold daily at yard sale prices by their former owners. Some are rent-to -own deals. I think that’s how it is with addiction– a pay as you go reverse mortgage. At the end of the term you are evicted from your own life.

Before.
Despite what our Declaration of Independence claims, the pursuit of happiness is a fool’s errand. Happy is an emotion, a mere snowflake on your fingertip that melts before you can put it on your tongue. Nothing more than a pleasant sneeze. And yet, if you ask educated adult Americans what they most desire, the most common answer given is “I want to be happy.” And then what? “Happy” comes from the old word “hap” which means “luck”. “Hap” or “happy” is what happens, and is merely a derivative of luck. Who would hook his wagon to a lucky meteorite?  A gambling addict.
“I can quit whenever I want to.”
“So why don’t you?”
“I don’t want to.”
“Yeah, but that’s a hedge to hide behind. It’s circular logic and dishonest.”
“Hey, I’ll quit when I run out of money or drugs or smokes or liquor, or when I die. Okay?  Like I said, whenever I want to.”
“I’m afraid you’re confusing “want to” with “have to”.
“Whatever. I don’t want to. Okay? I want the complete annihilation of needs and wants. There, how’s that answer?”
“It resonates as truth to me. Thank you. Oh, look!  Three cherries. You win another fix. Powder or crystal?”
At the other end of the pool is joy. Joy can be a mood state as opposed to an emotion. Joy can be maintained without a steady stream of hits or fixes. In some way it’s a transcendence of need or want. To choose joy is to rise above the mundane and stay there despite one’s circumstances. It’s a courageous choice not a cowardly default. Joy has a longer shelf life than mere happiness. It does not simply happen. It is chosen like a partner for life. Many times throughout a marriage one partner can legitimately claim to be miserable but still faithfully love the other partner. Happiness may not be present but joy is. 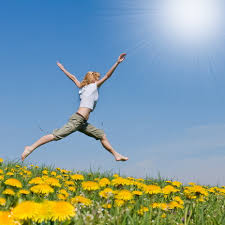 My buddy Quasimoto, Sr. got a bum deal in his recent hip surgery.  The anesthesiologist nicked his sciatic nerve during the epidural procedure. Good news: the hip is healing just fine. Bad news: his foot is on fire with nerve pain as if his foot is being dragged behind an eighteen wheeler across Death Valley in August at noon. Merciless. And yet his foot is numb, immovable. Is he happy?  Heck no. Does he have joy?  Actually he has Pat, and she is the definition of joy. Her loving cup is bottomless. Despite all the unnecessary pain that could lead one to fetch a ball bat and swing it through a doctor’s office or just call a sharky lawyer, Quasi continues pushing the rock uphill. He has no guarantee  that he will recover, ever. It’s been five weeks and not much has changed yet. Their travel plans have been shelved for now because of a two millimeter mistake. But their rusty days are overlaid with gold leaf joy, thanks to Pat.
Despite the pain, helplessness and anger, they hang together and, I believe, grow their marriage even stronger in its tenth year not because of bliss or comfort but due to pain and suffering.  Huh? Yeah, that’s not a typo. Because of pain and suffering grinding the surfaces between them, Pat and Quasi can bond even better than before. Being a woodworker, Quasi knows that if you want to unlock the beauty of a fine piece of wood, you have to punish it by sanding it over and over again. And that is where they are right now, in the deep sanding that reveals the deepest beauty. It’s counterintuitive that joy overflows throughout the punishing process, but happiness can’t stand the sawdust where joy stands alone. 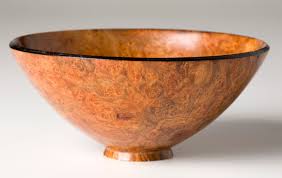