It’s early spring and the various birds are showing up as the snow melts away– robins in particular herald spring’s arrival or winter’s demise. The hardy cardinals wintered over along with bold blue jays and sparrows. They flit about my back yard and chirp at first light. Feathered extroverts. They are busy building nests and claiming turf. Sometimes the people around me remind me of flitting birds. Peep, peep, coo, coo, squawk!  And I mean this in the nicest way possible.  I think they just want to make it into my world famous blog with readers in Namibia and India. Well, I at least got a hit from these distant shores. Why? Yes, I do ask myself this often. Don’t they have plagues or insurrections to tend to instead of my drivel? If I were in dire straits, or straits of any sort, I wouldn’t call me.  How would I hear myself call? And I will not leave myself voicemail. I don’t like how I sound on tape.

So weird coincidences continue as people wander in and out of my life. As I walked into the bank to deposit some checks at lunch, one of my former clients was walking out.  We smiled and laughed out loud. She was extremely pregnant the last time I’d seen her. Now she has a fourth child, a little boy. “Oh my, this is so strange. My daughter (whom I’ve worked with numerous times) just asked me to call you last night as I was tucking her in. And here we are!”  Yes, indeed. It was a nice moment. “She’s struggling with normal stuff. Girls at school, you know. Anyway I quit my job, and I just love being home. It’s so nice.”  She’s a dove, lovely and pleasant. Somehow her voice coos. If cats could be birds, they’d be doves, purring about and clucking softly. 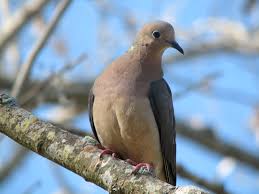 And chickens… reminds me of Gerry from Sunday School. I helped him move on Saturday while he did the grumpy old man shuffle. He pocked and squawked about. Later, he and his bride came over for a dandy spaghetti dinner that my wife had prepared. Again he tried to noodle around glutenously and say awkward things, provoking a Freudian slip by my wife. As she was talking about the ballroom dances we have learned, she mistakenly mentioned the Horizontal Tango, as if it were a recognized international dance. I corrected her. “Honey, we do the vertical tango. The Horizontal Tango was outlawed after Sodom was destroyed.” After many guffaws and squawks, Foghorn Leghorn repeated these awkward  phrases quite loudly while sitting next to me at church the next morning. 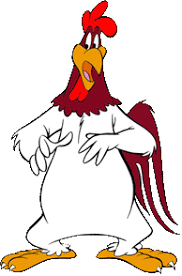 “Ah say, uh, boy, Ah say now, what about that Horizontal Tango?” Did I mention we were in church? Where’s a good chicken hawk when you need one? He needed an Old Testament smoting.

Meanwhile the pastor was doing his woodpecker nail gun bursts of intense preaching where every word is so important that it is enunciated with great torque and tension into our tightly frightened eardrums. PRRRRrrrrup, “sin”.  ppprrrrrrrrrup, “repent”. PRRRRrrrrrrup, “satan”. PRRruppp. “Jesus”. The tension built to 100 lbs. psi of torque and then entire bodies would spin out counter clockwise as the eardrum whirled back into place. I tell you, folks were falling out in the aisles repenting left and right for un-confessed sins just to make the nail gun stop. “Breathe Pastor, breathe Man!!” But as most ornithologists know, woodpeckers breathe through their ears so that they can continue pecking into trees for the insects beneath the bark. It’s a form of explication, prrrrrrup, ruppp, of the text. 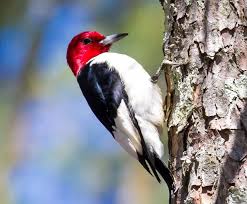 Makes one wonder if Noah had woodpeckers on the Ark. That could have gotten ugly.

“Socks haven’t been invented yet, sir.”

“Okay, how about a snake? How big around is the hole?”

“Less than a palm but more than a finger, sir.”

“Shove a turtle into it for now and finish it with candle wax.”

“Lord, why do you test me with these accursed woodpeckers? I told you they would be trouble on a wooden boat! But Noooo, what does Noah know?”

Alright, maybe this is not great drama and this scene would likely be edited out of a Noah movie with Russell Crowe playing the old man. Maybe in the Monte Python version we’d get the real story of the woodpeckers who created ventilation in the ark. 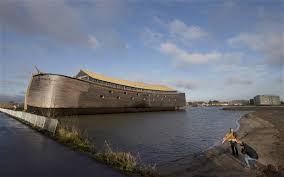 Okay, back on earth in modern times… I need one more bird-to-person reference to make it to 1,000 words. I’ve written about hawks, sparrows, baby bird, penguins, ducks, swans, owls, magpies and flamencos. But I’m struggling here in the home stretch.  Perhaps I should tell the sad tale of Okey Pretty Bird here. Why not?

Okey was a cockatiel, a little parrot. Sweet natured and gentle. My daughter Grace was given Okey by a friend of mine whose kids had outgrown the bird, I think. Maybe they were on vacation. I don’t actually remember. Anyway Grace loved that bird and Okey loved her back. Okey could talk; at least it could say, “Okey pretty bird” as it walked around our house. Keep in mind that we also had finches that flew around inside our house while iguanas slithered slowly across the carpeting. Our dog Nick would chase the finches and hop up on the couch to snap at them, which is how he broke the one lamp. It was a circus but fun for kids. 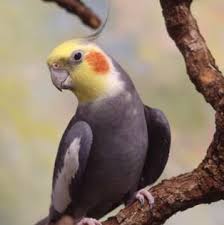 Okey pretty bird used to talk at Grace’s toes and would sort of lick and peck gently at them. It was cute but also dangerous for the bird and pedestrians in our house. Usually birds are up higher in the ranch house canopy. I think you know already how this sad story ends, but you don’t. I believe Grace was walking up the stairs with Okey in her hand when she missed a step and fell full force onto poor unfortunate “Okey, pruuuuttttyyyy buuuuuurrrddd.” Duh. Dead.
“This one is… For all the birds I’ve loved before. Who traveled in and out my door. I’m glad they came along. I dedicate this song to all the birds I loved before.” (thank you, Willie Nelson)

Update: after vetting the Okey story with Grace, she reminded me that she had actually stepped on poor Okey Pretty Bird and felt huge guilt over this awkward accident. But what is even worse is that the neighbor’s cockatiel, Bibs, had learned to say “Okey Pretty Bird” before Okey left this world. Bibs continued for years afterward haunting Grace through open windows, “Okey Pretty Bird”.