Ever get that deflated state of mind and body when you haven’t eaten lunch and it’s 4 o’clock?  Your heart is thumping and your mind is jacked up about sumpthing or other and you wonder if you have a fever or a touch of mania. You feel Snoopid. Deep breathing and lots of water get drained off. You know better than to use caffeine.  Hooo baby! Bodily warning signals are going off all around, but you manage to postpone sitting down and eating. Finally you inhale a bowl of left over pasta with chicken and mushrooms without tasting a thing. A quart of water washes it down. Eyes closed as CNN anchors prattle on between commercials. “What these jihadists seem to want most is…” Mute. Darkness helps dissolve the inner staccato buzzing of flies playing soccer in a jar that is your brain. In an impossibly insective yet Hispanic falsetto, “Gooooooal!” My flies seem to be Guatemalan. 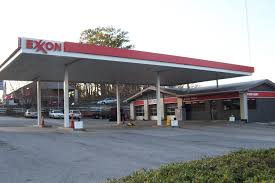 As late nutrition gets caught up with my blood sugar deficit, I wait. I recall pumping gas at the old Exxon station back in the early ’70s when leaded (yes, leaded) gas was 29 cents per gallon. Cars would hiss and clip clop into the station just off the D.C. beltway on mere fumes. “Ping-ping” went the sensor bell. “Filler up!” the customers would bark at us. Self serve was not common then. We’d get busy checking the fluids and washing the front and back windshields. Service was expected and sometimes demanded. Funny thing is that as gas prices increased, service disappeared. It became something only for the elite or was legislated to remain in New Jersey. Go figure:  the more a commodity costs, the less delivery service you get with it, unless you live in Jersey. So, the hangrier a person gets, the lower his/her expectations drop for service associated with meeting that need… thus no gas attendants and no wait staff in general. Remember when folks actually made careers out of selling clothing? Now it’s mostly point and shoot, self service unless you are at a high end haberdashery.

Let me consider this paradox. If true, then I should expect service at the most expensive restaurants to decline and eventually disappear. Thankfully that has not happened. Can you imagine make-your-own lobster bars and steak houses? And would you tip yourself for excellent self service? “My man, the calamari was superb!” “I know, Sir, for I am you.”

Oh, that’s a cafeteria or a buffet. Doink! 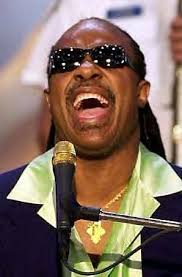 I wish I could have seen the thought bubbles above the other folks’ heads.

“This medication really constipates me.”

“Boom! That woman is a bitch!”

“Why did I run for judge? It’s more like sludge.”

“My spanx are cutting off my circulation and my bladder signals.”

Well, there is really no reliable way to prove what others are thinking if they are thinking at all. The other attorney, for instance, introduced herself by saying, “I tend to ramble on, so if you don’t understand one of my questions, just ask me to repeat it.” Now that is thin competition, if you ask me. She was the equivalent of the other brand that loses to Bounty Tough Towelettes every time. Not the quicker picker upper, i.e., useless. 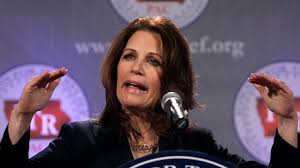 Uh, I mean, she’d be an okay vice president, I suppose, as long as the president is very healthy and well guarded. Just think Joe Biden in a skirt.

So, a hangry mind cycles on the questions being asked and evaluates each one over and over, as if chewing on words were as fulfilling as chewing on venison jerky. Not so, my bloggoiters. If you don’t feed your brain in a timely manner, it goes spanky on you, and I’m not sure that’s a word, but if it is, then it means something negative and shady.

The hearing ended in real time but continued in my sugar depleted brain. I recalled again and again what the smart attorney asked. I evaluated my performance over and over. I needed to get out of the cycle. I was obsessing like an OCD client worried about a shark attack in Nebraska. Unlikely. It was just my unquelled mind. I needed some fuel and time to process it.

Fortunately for the me and the world I found leftover pasta with chicken and mushrooms in the fridge. Bingo. Direct hit on Hangry’s Hanger without a hangover. I can see how tempting it might be for lawyers to drink their lunches and dinners. That rocket fuel of alcohol goes right to the brain without much delay. And the good times roll as surely as Mustang Sally without a subpoena. But no, I don’t go there, friends. Alcohol works like Ambien for me. I’ve been called a Two Beer Queer because I get sleepy after two good beers. And I am not ashamed of this label. In fact, I embrace my low tolerance for all forms of alcohol and LGBT causes. That is to say, I embrace the LGBT community and have a high tolerance for, no, I uh, have a strong endorsement for them. I just need a nap. However, if nominated for vice president, I will serve.

While listening to the Al Parson’s Band at the local winery on a hilltop overlooking Gettysburg, Pat said something about blogging this. Okay, I can do that. It’s a nice place to chill out after a hard week. The crowd is not too boisterous and only rarely do folks get noticeably drunk or obnoxious. So the winery is pretty smooth, easy to take.

We usually meet our friends Pat and Clark and share a couple of hours of their company. My wife gets a glint in her eyes and says, “Let’s dance.”  And then stands over me awkwardly, a dance bully who won’t take no for an answer. This after a day of yard work, yanking weeds and grass, weed whacking, push mowing, and groundhog hunting. Slavery and dance bullying were supposed to have been outlawed by the 13th amendment.

Section 1. Neither slavery nor involuntary servitude, except as a punishment for crime whereof the party shall have been duly convicted, shall exist within the United States, or any place subject to their jurisdiction.

Section 2. Congress shall have power to enforce this article by appropriate legislation.

Well, I have to hobble to my feet and justify the hours of dance lessons we have endured over the past three years. I’d be completely content with the Grope and Shuffle while Al sings, “You were always on my mahnd”, more Willie than Elvis, but my wife wants more. Swing, swing, swing. I think it’s because the woman is the elegant one in these dances; she twirls and sizzles while the hapless post up guy who has to actually think through each carefully choreographed turn and catch is tired from yanking and lugging weeds and groundhog carcasses. It’s not fair that the dance gene is so randomly and rarely distributed. I don’t know one straight man who possesses it.

Okay, so here’s something you don’t see everyday. In preparation for this night out my wife was searching frantically for her black knit tights that she wears under a cute dress she would not wear without leggings. I’ve told her she looks good in this outfit, and I’m sure that she can figure out that if I’m getting her vibes, so are other guys in my demographic and perhaps younger dudes, but definitely older letches if they still have their blood pressure and eyesight. Anyway, she could not find the black leggings, which I called Spanx. Now I know they are not Spanx, and she knows I know this, but I told her I’d look for her Spanx. I did for about 2 seconds and then gave her unhelpful suggestions. “Did you look in the laundry room?”  “Maybe Jess put them in with her laundry.”  “Do you think the guy who is staking out our house at night stole them while we slept, you know, for a creeper trophy?” No good. She did not like my  counter productive hints. Finally in a fit of madness or perhaps a fashion-driven or possibly rabid seizure, she turned on a neatly stacked pile of clothes and began digging through them like a terrier after a gopher. T-shirts, blouses, pajamas, shorts, underwear went flying up behind her as she scoured through the pile until there was nothing but bare floor in front of her flushed panting face. “Aaaghhhh. I’m mad! I wore them in Tucson. They’ve got to be here.”

I began laughing out loud, realizing that such behavior had a 50/50 chance of ending in bodily harm for me. Fortunately, she began to laugh at her furious canine activity. I began to scream in my Black woman falsetto voice, “I’m sooooo mad. I’m a get me my black Spanx. This aint right! I’m maaaad. Oh I’m so maaaaad.” And so it went. We never found her black tights. We left the bedroom in total chaos with a solemn promise to downsize, recycle, reduce, and refuse to shop ever again.

On the way up to the winery, which is a mere 15 minute drive, my wife will sometimes engage me in a deadly debate that she presents as an innocent “conversation”. For example, not long ago we were three minutes into our drive and she asked me if I’d thought about end of life nursing home care! I foolishly said, “No” without thinking that this was not what I thought it was. It was an ambush.

“Well, I have. And if I’m in a horribly critical accident, I want to come home. I want you to make the therapists rehabilitate me so I can come home.”

“Okay, sure.” Again, stupid move. Not enough compassion and reassurance. I did not get on the cruise ship Empathy with her request. I stayed in my little dingy of disinterest.

“I’m serious. So many rehabilitation hospitals hit a certain plateau and then they give up on you. I want to pull out all the stops so I can live a full life. Promise me.”

The red light seemed stuck at 997 and Route 30. Time slowed down as my blood pressure began to rise. My survival instinct was activated. “Well, you can leave me in the nursing home. Pull my plug. I’m okay with that. I don’t need any heroic efforts to bring me back into full turnip capacity.”  Again, stupid move. Now I did not value her since I was devaluing my own potential  incapacitation.

“Well with that attitude I will leave you in the nursing home.”

I broke into laughter. I could not take another dramatic moment engaged in a passionate debate about something that was unlikely to happen ever, but the more we talked about it, the less likely it seemed we’d arrive alive at the winery. “Honey, it’s five thirty on Friday night. We’ve both worked a long week and we’re going to relax for two hours on the mountainside. Why are we debating end of life issues now?”

“I do care about my sanity, and this conversation is pushing me off the cliff.”

“Fine! I’ll leave you in the nursing home, and I’ll go out dancing with some younger man.”