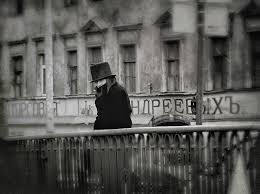 Yuk, yuk, yuk!!! The poorly lit gray world outside my warm office setting is dripping down my wide windows. It’s impressionistic sort of, except there is no gorgeous light to set the drizzles dancing with crystallized fire. I expect to see Fyodor Dostoyevski at any moment, mumbling about the Double Man in each human heart, stumbling about in his great coat muttering about civil service clerks in Imperial Russia. But it’s not St Petersburg in 1869. It’s Chambersburg, PA, 2013, two days before Thanksgiving. The odd man at my door asks if the drug rehab place is still here. “Nope. Gone seven years now, my friend.” And he leaves for his equivalent of Siberia. Weird. Maybe he was a desperate soul seeking redemption and, not finding it, is on his way to murder another unfortunate soul in an unheated apartment he shares with 12 others. And away I go trying to make sense of randomness. If not legal or scientific sense, then at least I try to pull things together into a barely plausible narrative. Wow, how lost can a guy get? (I am referring to the guy at my door not me or Fyodor or you… but you don’t know that.) The Trans-Siberian rehab train left the station about the time Bernie Maduff came off the rails. Wonder how Bernie is doing in federal prison? And then I wonder which side of reality is more drizzly– the near freezing street scene on this side of the guy’s pupils or the backside where his optic nerve almost connects to his burned-out brain’s mother board? The same question can be asked of Bernie– which side is worse B? The prison around you or the prison inside you? And have you seen Fyodor lately? Muttering, always muttering. 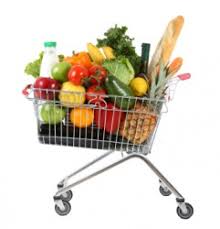 I think of eccentric things when I am left unsupervised. My mind is like a shopping cart that randomly rolls along aisles collecting Pop Tarts, borsch, dental floss, pork loin, coffee, peach yogurt, light bulbs, and witch hazel rubbing alcohol. What am I going to do with all these disparate items? Not sure, but I am sure that something will turn up. A turnip, for instance, gotta get one of those. My mind is extremely associative. I glom onto anything that will stick to my throbbing fuzzy gray matter Velcro mass blob-organ. Well, here you go. My blog has hits from foreign countries. You know which country is second to the USA in traffic on my eccentric blog? The Russian Federation. True. Is True, Comrade Blogovski. My stuff is odd enough in the native tongue; I can’t imagine what Russians think. No, actually I can. 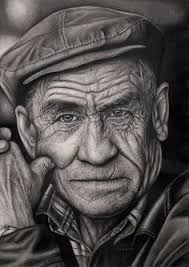 My default impersonation voice is the Russian guy. A long time ago my youngest daughter cried out in frustration to my wife, “Mom, why did you marry this man?!!” I gave her my best Kiev accent, “Yessica, it vas long vinter. Your musser vas very hungry, desparrot even. I vas last husband on shelf.” To which she screamed even louder, “Mom, he’s doing the Russian guy. Make him stop!!!” Those were good days. Now she just hits me with a pillow or a puff of contempt.

My wife’s cousin’s ex-husband grew up in Armenia. Conveniently his name is Armen. He used to talk to me at family gatherings, usually in lugubrious Solzhenitsyn-like complaints about American life. He’d sometimes end in a rhetorical question for me. Here’s an example.

“You know in old country, if you vere sick, you got aspirin. Vun aspirin. Now, here, if you get sniffles or aches, you go Valmart and they got pink bubble gum or grape, cherry, or fruit punch Advil, Tylenol, Motrin, ibuprofen, aspirin, and so on. So many you can’t see all of them at vun time. Tell me, Burrito, vaht is bayter?”

Why he thought I had an answer worth hearing, I’ll never know. People often think I am someone or something that I am not. Still, I feel compelled to answer even rhetorical questions… “Ya know, Armen, I think it’s about the heavy burden of freedom. We have a lot of choices, and a lot of choices means that you have to think more. In Old Country you had one doctor, one aspirin, one option. No mystery there. But in America we have a flurry of options. Too many it seems. But I’d rather have too many than only one. In fact, one is not an option, cuz there’s no opting besides nothing. It’s one aspirin or no aspirin. Here we have baby aspirin, 200 mg. aspirin, 500 mg. aspirin, all sorts of combinations with flu or cough medicines, acetaminophen, ibuprofen, and flavors out the butt. It’s daunting, true, but at least you get to think.”

And some things never change. Our Big Brother is Big Government or Big Wall Street/Corporate America. They set the menu from which we choose. It’s freedom of a sort. What would that look like if everyone drove a black Ford Escort? Everyone had corn flakes and whole milk for breakfast?

Dull, deadly dull. So I want to celebrate creative individualism, the full color spectrum of cough syrup and analgesics. Praise competition that drives performance. Congratulate the visionaries who sorted through thousands of options and arrived at the best one.

On the other side of a free society is dull, drab conformity driven by fear. It’s similar to being addicted to opiates. If you stop or reduce your levels, you get dope sick. Marx claimed that religion was the opiate of the masses. Well, Karl, I’d like to suggest that rigid dogma of any flavor is the opiate of the masses. Whether it’s communism or consumerism, humans drink it down and can’t pry themselves from it. It’s fun watching China these days as they wrestle with their manmade dragons. The coerced conformists give all for the state while the state’s big honking plutocrats drain off billions of free market money for themselves… hey, they’re only human despite all the hogwash dogma. 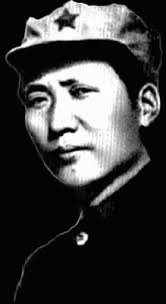 So if you see Bernie or Fyodor, Karl or Mao, wish them a Happy Thanksgiving/Hanukkah and Black Friday from me.

“Don’t be trapped by dogma—which is living with the results of other people’s thinking. Don’t let the noise of others’ opinions drown out your own inner voice.“