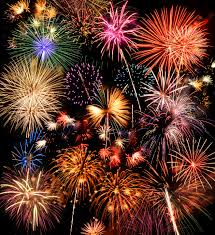 Blazing blognacity! Humor, like fireworks, should only be handled by professionals. Even then, someone may lose a finger or an eye due to a tragic mishap. Nor should adolescent males be left unsupervised…ever. Many a full grown man is today hobbling around due to some foolish stunt he pulled as a teenager. Some have scars. Some have skin cancer ’cause they didn’t use sunscreen. A neighbor, Steve Murray, lost his sight in one eye when a cherry bomb he threw out his window caught the frame and bounced back into his face, forever altering his life. Lots of lessons are learned in male adolescence. Lots aren’t.

One summer night in high school we were hanging around my Fairfax County front yard, bored yet energetic. It must have been 11 p.m. or so. Richard Cooper, Dwayne Beatty, me, and maybe Johnny Emrico and Bobby Doering were mulling over teen angst. It was dark, okay? Richard still had a cast on his foot from a rope swing accident earlier in the spring. While we were skipping school, and he was under the influence of Boone’s Farm Berry wine, he swung fast and hard off his 1967 Volkswagen Beetle’s hood and flew into space above the Occoquan River near Woodbridge, Virginia. Unfortunately for him, as he let go and flipped a flawless backward gainer, he landed on a large rock and shattered his ankle.

So here we were a couple of months later, unrepentant. Someone babbled that we should drive to Ocean City, Maryland, a four hour car ride back in the day. Like another adventure I blogged about, (the x-rated movie scam Blog #73. Unerringly), the motion to be purposefully stupid was unanimously approved. Dwayne said he’d drive his dad’s gold Pontiac Bonneville. It easily sat six with room to spare. Each guy went home for a towel, no sun screen, some food, money, and maybe left a note for a sleeping parent. I grabbed a half bag of charcoals and a pack of hot dogs.

Away we went at high speeds. On a different night Dwayne had pushed his dad’s Pontiac up to 125 mph on the Beltway. Not on this night. In fact, on our way through small towns in the Eastern Shore of Maryland, we all fell asleep until the car jumped a railroad track and slammed down on the other side. For dramatic effect I’ll compare it to a space capsule full of monkeys re-entering Earth’s atmosphere, jolting the animals awake. From there on one of us was assigned to keep Dwayne awake.

When we got to the boardwalk, it was 3:00 a.m. and we imagined we’d just sleep on the beach. The cops had other ideas. They told us we could not sleep anywhere except a hotel, not even in our car. So we sat on the benches until sunup, at which time we were allowed to sleep on the beach. We were tired and hungry. I made a little pit in the sand and lit my charcoals for roasting the wieners. The cops had other ideas. “You can’t have a fire on the beach, kid. Put it out.” I was stunned and still hungry. I kicked sand over my combusting charcoals not knowing that I was simply creating a sand furnace. Later in the day I walked right over my buried charcoal and burned my right foot. One of the other guys had the communal brain at that time, I guess. We all laughed hard at our own stupidity. Somehow everyone survived the sunburnt trip, sort of. Richard got tired of his cast, though, and walked into the waves. In a matter of minutes the plaster softened and he took it off. Bad idea. The ankle was not ready for duty, and pain began to school him again. Apparently he was a slow learner.

It could have been the same summer but a different cast of characters. The only common factor was me. Again, adolescent males bored on a summer night. It was Sam, Chris and Dwight this night. After squirreling around our local haunts, Sam or Chris said, “Let’s go to Dulles airport and watch the planes come in.” All in favor got in Dwight’s green bug and away we went. There was a full moon as I recall because on the way west Dwight turned his lights out and drove by moonlight. Once we got to the terminal we noticed that it was just about as empty and boring as the place we’d just left.

Back in Dwight’s bug, back on the access road, again no lights. As we approached the Beltway, one of us suggested turning on the lights for safety. Dwight did so and, lo’ and behold, a large doe stood right in front of the car, but not for long. Boom! The deer slammed into the hood, the windshield, and rolled over the roof of the car. Mrs. Deer flew up and into history. The trunk, which was in the front of bugs, flew open and bent back on its hinges as Dwight tried to slow down and not crash any worse than we’d already managed to do. He was blinded by the hood, however. In slow motion I recall the VW’s headlights illuminating the woods which we wound up driving into and Dwight’s spare tire bouncing merrily through the trees in the moonlight. It was death defying and hilarious at the same moment. We got out to inspect the damage. Not too bad for us. The deer was nowhere in sight. We fetched the spare, pulled deer hair out of the rear view mirror and hood handle, and bent the hood back into closed position. Somehow, and only God knows how, we made it home alive again.

Mommas, don’t let your babies grow up to be adolescents.