At the Coffee Summit Nation things were slow but nice. Steve came in first. He buys frozen coffee drinks all year round. Yesterday was his birthday, 48. We talked with Joel about age, hair that is gray, and Joel’s spinning class. He is surrounded by 20- and 30-something women. He’s 63 and not complaining about the view. (Joel is our Coffee Nation’s unofficial attorney, so any further revelations would violate attorney/client privilege.)

Chuckles sauntered in to join us. Tired and played out from working late last night. Still, he has a gentle spirit and always laughs despite pain and burdens. We once spent an entire hour trying to link Chuckles to the Abominable Snowman/Yeti of Tibet. He has huge feet and makes a gurgling purring sound that is disturbing at first. If you heard it on a dark night around a campfire, you could become incontinent. Chuckles is an entire book to be written later. For now I just enjoy his company.

Over the winter I gave him my old 1992 Honda Accord. His 1984 Civic was about shot with 250,000 miles on the original speedometer. He wouldn’t take my car until he could give his Civic to this Haitian fellow he knows. So there we were one day in the notary’s office swapping vehicles out. The three of us stood in line and signed and passed papers to the right on the counter. Some money was paid in fees, tags were traded, and the haves gave to the have nots what they did not want any longer. This worked out well for all of us. Chuckles said the Accord felt like a Cadillac after living with the Civic all those years. It was a nice little car that I loved to drive. It wouldn’t have been a gift if it had no value to the giver.

The Egginator arrived later than usual. He is my daughter’s boyfriend. He has chickens and chickens lay eggs. He keeps a number of folks stocked with eggs, thus the moniker “Egginator”.  Once, he had two dozen fresh eggs for one of the fully vetted Coffee Summitteers. Another Summit wannabe, Mark, the local hobo/rock star, asked him if those were his eggs. Egginator cracked us up with his reply, “No, I’m holding them for a friend.” Like it was two dozen ounces of pot. “Are those your eggs?”  “No, I ‘m just holding them for a  friend.” Steve had been to a NASCAR race and told us all about it. Sarah Palin had waved to the crowd from the back of a pickup truck. Seems fitting for a former vice presidential candidate. It was Steve’s brush with FAME…less  ness. She waved right at him. After the race he told us about a drunk woman fan who kept leaning into him and  touching his butt. It was the perfect bookend to the Sarah Palin episode. It was his brush with SHAME…Less ness.

One of our church’s pastors was leaning into his laptop and eavesdropping on the Nation’s conversation. He occasionally chimes in or breaks with pastor protocol and sits with us. Kyle is his name. When he rolled in he said, “You’re always here!” like it was a bad thing. I replied, “Well, for you to say that, you must always be here!”  He laughed a little, just a little. He’s young. Once when one of our other  pastors came in the coffee shop, I uttered aloud, “What’s better than one King STreet pastor in a coffee shop?” Kyle anwered first and a bit tentatively, “Two King Street pastors?” BK, the other pastor who looks like a young Groucho Marx, replied, “No King Street pastors!”  I laughed and recognized BK’s answer as the best answer to the puzzler.

One thing led to another as single things do, (that’s a completely useless string of words pretending to be a transition) and we moved to the chess board. The Egginator played white and had me in a pickle, when out of nowhere my wife sits down next to me. It was a collision of two worlds and I squirmed a bit. First of all, the Coffee Summit Nation is a male bastion of submediocrity. And secondly, what was she doing downtown with time to order and drink a frozen coffee fru-fru drink? And why was she so pretty after all these years of living with me? (That was not my third thought; it sort of floated above the other lame cognitions firing across my neo-cortex at the speed of a capsizing cruise ship.)

She messed up my game with her mere presence, and the Egginator knew it. He smelled blood or some odor from the bathrooms behind him. He knew he had me on the checkered ropes of my vinyl tournament chess board. (Does that sound as lame to you as it does to me?) Anyway, one bad move led to another as bad moves do, and I saw my chess obituary written in front of me. I had told the Egginator that is was impossible for me to win the game, but only a few moves away from checkmate he realized that he had to leave for class. As he had done the week before, he asked Chuckles to finish the embalming. I knew then that I had a good chance. 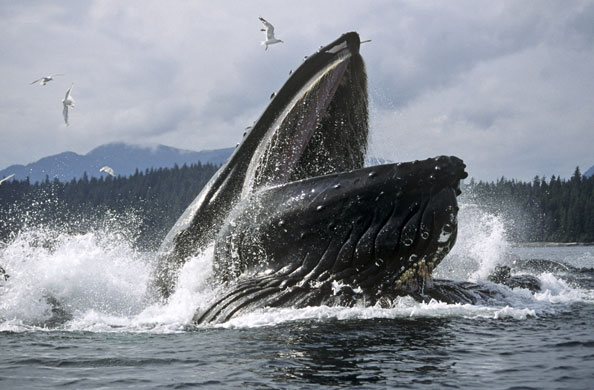 My wife had left minutes before and I could regain my singular focus. She was cheering on the Egginator the entire time. However, after a series of lousy moves, Chuckles snatched defeat out of the whale-sized mouth of victory. It was funny like  breaking your arm after doing a foolish trick on a rope swing, standing on the bottom knot and reaching for an apple hanging off the tree across the dry creek gulch below. Okay, maybe knot that funny when motion overrides balance and common sense loses to  derring do. [PARENTS:  Little boys should not be left unsupervised.]

And that was a good place to leave the Summit. Lance had arrived late and had his riddle game going. Steve was answering them left and right. The circle grew smaller as I left for my haircut.