I liked Todd Rundgren’s music in the 1970’s. His double album Something/Anything (1972) was pleasant enough as I recall. Not groundbreaking or toothchipping… just enough of something salty and sweet together, like tortilla chips and chewy caramels for my ears to chomp.  He played all the instruments and sang all the tracks, which is pretty impressive, I think. I recall a review in the Washington Post that called him the clown prince of rock n roll. I guess that was accurate. He made some money along the way and did a good bit of successful producing. So I suppose he knew a thing or two. I mention him as a surveyor’s reference point in time and culture that I am racing away from.

I saw him at the Kennedy Center in 1973, I think, with his Nirvana band. (No, not that Nirvana band! Duh!! They were still in elementary school then.) I wore gold glitter across my metrosexual collarbone and sprinkled more on the tops of my literally blue suede Converse sneakers. And, yes, filthy ones, I wore other clothes. [Strike that last image from the record, your Honor.] It was a fashion statement I will never need to restate, unless it would get me out of prison early. Get this: during the show some joint burning pothead (not the Burrito Manchild ) was being escorted from his seat by security when Rundgren stopped the show and told the wannabe cops to leave the guy alone. Strangely enough, they complied. Who knew that celebrities on stage commanded civic authority? Keep in mind that Richard Nixon was in the White House, and at the Opera House next to our auditorium, Washington’s finest sashayed in the great hall under JFK’s bronze bust while the other glitterati pranced about during a shared intermission. Someone should have lost his scheduling job for that faux pas. When hauled before the review board the next day, in response to the question, “What were you smoking?”, Ted the scheduling director pleaded simply, “something, anything”. “Shoot him!” 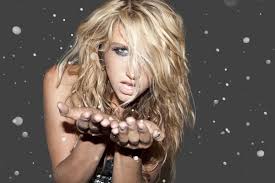 Fasten your seat belts as I whip the narrative violently away from this scene. The other day I believe a musical person by profession at my Sunday School table told her husband that he should never agree with me or say “Right” if I just said “Right” or “Never” if I just said “Never”.  Okay, hurt me. I believe it was a case of Something/Nothing. Robert was confused.

He looked at me like I had an ice cream cone on a hot summer day… and he didn’t. “Oh no you don’t, Buddy. Not a single lick.”

I get a good bit of this reaction from others. I must provoke a certain socially acceptable disdain in folks who feel familiar and comfortable enough to mildly insult me. They tell me I bring it on myself and I can’t disagree. I think it is a pheromone that I emit.

The other night after our ballroom dance class a bunch of us went to a local restaurant and had a drink and an appetizer. I sat across from my lovely bride who sat next to Don the dancing dentist. Within a short period of time Don felt familiar and comfortable enough to drill and fill me. He asked my wife where our daughter got her musical ability. My wife said something like ‘Well, I took piano and guitar lessons, but my husband did not. His family didn’t do much with him.’ To which Don replied something like ‘So you contributed something and your husband contributed nothing’ or something like that.  To which I complained, “Don, don’t you even use novacaine before you stick a knife in a man’s gums?”

We chuckled nervously. I wanted him to think that I am a dangerous ex-con with a hair trigger temper and pistol under the tabletop. At least I wanted to think that he thinks I’m  more dangerous than an ex-hairdresser with a sparky blow dryer in hand. I am no marshmallow, Dude! The bullseye on my back is an unfortunate birthmark not an invitation. But alas! It’s a target for the disenfranchised to franchise like a McDonald’s. (If  you have any ideas what that last sentence means, would you please personal message me? I’d really like to know.) 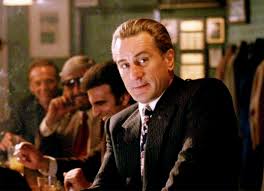 So, the theme, the overarching theme that I must support with related drivel… hmmm. I seem to have lost it along the way. This is of no concern to me since I don’t usually follow the rules of proper writing. I just accelerate to maintain control. I first over heard this statement in a small English pub outside of Bury St. Edmunds, East Anglia in 1973 or so. Some American military guys were talking quite loudly as they sucked down pints of ale. One guy was reviewing driving training he’d received State side. He was yakking about driving through a culvert when he blurted, “I accelerated to maintain control”, as if that were the punch line to an extended joke. I was seventeen and alone. I wound up chatting with one of the military dudes. He was righteous and much smarter than I was. He told me of the vast peacekeeping mission of the military, how they were agents of peace. I did not believe him, still don’t. However, I had a copy of a science fiction book that a former classmate claimed to have written. Wilbur even autographed it for my girlfriend’s gift.  This military guy clarified that the Great and Powerful Wilbur was lying, which was true, of course, but it wasn’t nearly as cool a story as having gone to school with a famous science fiction author. Just another something/anything that turned into nothing. Why do folks insist on the truth when a faint gauzy blur will do just as well? We know Bigfoot doesn’t exist, but why crush us?

“Hello, it’s me
I’ve thought about us for a long, long time
Maybe I think too much but something’s wrong
There’s something here that doesn’t last too long
Maybe I shouldn’t think of you as mine”
Something cannot come from nothing. Right?
“I’ll have an Anything with a twist of lime.”
Oh where is Todd Rundgren when you need him?