I recall a night in mid-May of 1975. I had just gotten home from my first year of college. My buddies came by and we drank some beer and perhaps smoked some pot. It was a long time ago. All these things were legal then if you were under the influence of adolescence. There was Craver, Tim Gulley, Gerard Windt, my older brother Steve, and me. Craver and Gulley were big boys– 250 each; “G” was like a piece of shoelace licorice; and my brother and I were average size 20 and 19 year olds. Anyhow, we wound up at Craver’s kitchen table, blathering and joking, and we were looking for some adventure. Gulley was blathering on about his father and how he worked at the White House. I challenged his b.s. He called the White House and handed me the phone. “Good evening, this is the White House. How may I help you?” said the very adult voice on the other end. I hung up. “I hope they don’t trace prank calls”, was my lame reply to Gulley. I wouldn’t want Mark’s dad, Colonel Craver, to get that follow up phone call. 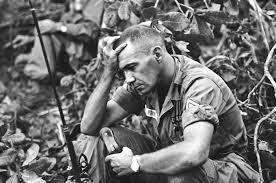 “Uh huh, they did what? Why that’s un-American. I’ll take care of it with my Ranger-trained hands.” He served much too long in Vietnam, and the country changed on him while he was deployed. That’s another blog post.

I suppose the conversation moved on to our girlfriends. Somehow I mentioned that mine was stuck at college in Richmond till her mother could drive down and fetch her on the weekend. Gulley, ever grandiose and seeking universal approval, offered that we all pile in his Volkswagen and drive to Richmond and bring her back immediately. “Gulley, there are five of us going down in a VW Beetle. One of us would have to get out and hitchhike back.”

The funny thing about substances is how they can make what is clearly impossible seem viable. We piled into his Beetle. It was tight. Gulley was over-excited and did a very Gulley thing: he punched his windshield and made a fist-sized spider web appear. Now usually such a bad omen would make an audience reconsider what’s up. Nope. We just headed down the road in the dark. Luminescence became pleasantly kaleidoscopic as we passed streetlights and other vehicles.

Now a careful reader might ask at this juncture, “Don’t you ever learn?” I mean there was the broken foot while skipping school; the mangled deer with the headlights out; the somnambulance ride to Ocean City; not to mention the ticket Sam got when three of us rode on the hood of his Falcon to keep it from bottoming out on a back road in Fauquier County, and a local sheriff couldn’t see the wisdom of that move.( Another pile of guys had decided to go camping in the middle of another bored summer night.) And the answer is an unequivocal “NO”.

Our first destination was the 7-11 store for more beer. Strangely, we thought, they stopped selling beer at 2:00 a.m. We could not figure that one out. Again, another bad omen, but we forged onward, down 95 to Richmond.

It must have been 4:00 a.m. when we arrived, unannounced and strolled right into Johnson Hall, the dorm I lived in as well as my girlfriend Sara. I think after brief introductions we all slept on the floor of her dorm room, or maybe it was mine. In any event the sun came up soon after and the alcohol’s effects were worn off. What seemed gloriously fun and cool and inimitable the night before looked like a dirty Volkswagen with a broken windshield in the pale morning light. Reality was like a flea in our sleeping bag. How to squeeze six people into an overcrowded VW? Sara had to go in the back seat, and though her weight was welcome at first, after an hour it was painful and then numbing over the final hour as the sun heated up and the engine whined under the strain of 1,000 pounds of human cargo. If nothing else, my respect for clown car passengers in the circus grew immensely on that morning. It was wisdom born from pain.

Back at my house, where the saga had begun twelve hours earlier, the VW disgorged its occupants. Normalcy returned in the daylight. And here’s the odd thing: normalcy is forgettable. The mundane is not memorable. Just ask a tollbooth worker what moments were memorable in his/her career. Was it the 12 millionth suit and briefcase or the nude woman with a pet zebra in the back seat who whispered ala Marilyn Monroe, “This is my birthday zoot suit” ? That’s not a fair question, I realize this.

Those days were thirty eight years ago. Gerard lives in San Francisco now and has an awesome life according to his Christmas card letters. The last time I saw Gulley he picked me up hitchhiking on the way to California in 1978. Craver died in 2004. In 1979 I married the only girl in the VW, and my brother Steve is still her brother-in-law.

What to make of these adolescent lessons, because logical outcomes and life altering wisdom are not the only lessons we gather in life. Life rushes out of us, even on boring summer nights that seem to lack meaning and purpose. Some heavily potentiated moments gel into little gemstones that we bury in the subsoil of our consciousness. Somehow these stem cell moments achieve critical mass and arc into the idealized timelessness of nostalgia. And that has to count for something despite the mixing of metaphors.