It’s a thin spiral line that threads across the evolving concepts from vigil to vigilance to vigilantes. Let’s begin at the center of the spiral. A vigil is a period of intentional wakefulness spent watching and usually praying when sleep would be expected, e.g, staying up all night watching the Holy Eucharist in a Catholic Church. Or the Victorian habit of a death vigil, where watchers would observe a dying person, waiting for the precise moment when the soul left the body. ..WATCHING THE DEAD:

“It is no longer the custom to watch the dead — an excellent omission, for many of those vigils were unseemly in their mirth. Some friend or relative sits up in order to give the dead any attention necessary. The preparation of the deceased is always attended to by some kindly friends who are not members of the family, and that agonizing duty is spared the afflicted ones. It is more thoughtful for someone to volunteer to remain with the family, through the long sad night hours. It makes the grief and loneliness of the house less oppressive.”

Since the vigil concept predates electric lights, candles are de rigueur for vigils… to light up the darkness in a dynamic dancing fashion. Klieg lights just won’t do. Too constant, artificial.

At the center of this spiral is a single open-eyed sentry who wills himself not to close his eyes beyond an instant shutter blink.  A vigil in Roman times was a sentry, always on the look out.  I recall little vigil lights in the Catholic Church I grew up in, red glass glowed to show a prayer in actuality. I noticed in St. Patrick’s Cathedral in New York on a recent trip that they are still used to represent a deceased loved one or a prayer, as if to say, “I’m still thinking of you, watching, waiting, missing you. You are on my mind.” Each candle is a dutiful little soldier on watch against the creatures of darkness.

Now step out and over a few orbital rings to the planet Vigilance. It’s a state of constant scrutiny, awareness, attention or observation. Imagine a Secret Service agent scanning a crowd for bad guys rushing the White House.  Never mind; that’s a bad example. Note that vigilance is not a natural state of being; it is forced, learned, and acquired somehow through experience. Often times that experience includes fear and the activation of our reptile brain, the fight or flight part that exists to ensure our survival. We expect our TSA agents, police and soldiers, prison guards and doctors, airplane pilots and food inspectors to be vigilant. But we all know, expecting vigilance does not equal getting vigilance. Human beings fail. So we have vigilant security systems that are machines, and they fail also. Let’s face it: even determined hyper-vigilance fails sometimes, no matter how many layers of redundancy are wired in. Flight 370 is still missing without explanation. The Twin Towers are also missing with explanation. What we know and don’t know defeat our delusion of vigilance and invulnerability. 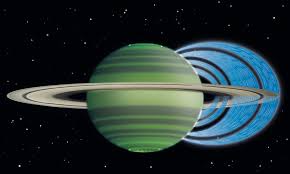 The B side of Vigilance is that it’s exhausting and tedious. How many tubes of toothpaste must one inspect before his mind becomes fried or twisted? Never forget, never … becomes remember sometimes. At least be symbolically mindful.

“A pilot wouldn’t crash his own plane? That’s absurd!”

Remember the Alamo!  (to rent a car) Remember the Maine! (for vacations) Never forget Pearl Harbor, (their sushi is excellent).  We forget. Vigilance combusts and exhausts like the spent oil in a vigil lamp. No one likes to admit it, but the sooty proof is everywhere.

And finally we come to vigilantes, the self appointed marshals who bust loose when life seems unjust and out of control. There is no test or credentialing involved. No court or magistrate. Just bring your anger or fear or inflated ego to a neighborhood watch or police auxiliary. George Zimmerman comes to mind. He was just a guy with a gun who wanted to “help” society. Or maybe he was a loose wing nut who made himself judge, jury and executioner. In any event he killed a young black man on a rainy Florida night… because George inserted himself into the crosshairs of a community watch. He chose to use violence to protect the property of society. He ignored the police warning to back off. And finally he claimed he had to kill that young black man in order to protect himself and our way of life. It was an odd moment of juris prudence when he was found not guilty of Trevon Martin’s death, strangely inspiring another vigilante a few years later to try and make justice out of chaos. 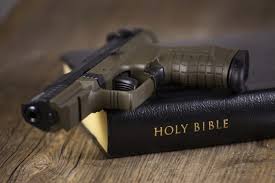 The other day I saw a picture on FB that had a gun next to a Bible. The accompanying message was something like, “I have to be armed to protect my religious experience now in the post-Charleston shooting era.”  How on earth do you justify guns with the Bible or the Bible with a gun? I just cannot imagine Jesus carrying a firearm. It’s an absurd proposition. Even when Peter went all vigilante in the Garden of Gethsemene and cut off a soldier’s ear, Jesus healed it in peace. A bit ironic that all the disciples were supposed to hold a vigil that night, but each fell asleep, leaving Jesus alone and unguarded. Odd that the one who could not hold the vigil, who would deny his savior three times later that same night, was the very one who went all vigilante. When things appear to be out of order, it is tempting to exercise control, even violence, to reset equilibrium. But what you wind up with is some sort of Fascism that honors violence and celebrates the end justifying the means to it. No, stick to the single candle and fight the creatures of darkness that way.