I was about to exit The Coffee Nation Summit this morning and enter the cold drizzle outside when Joel walked in, dressed in his goose hunting hat and matching trench coat, as if he had just come from a goose blind or a secret agent convention. I squelched my urge to honk, thinking he would not get the connection so suddenly, or else he might just be packing a goose gun under the trench coat and fire, claiming later that it was all just a big honking misunderstanding. Being an attorney he could easily weasel his way out of all responsibility– legal, moral, intellectual and financial. All this in just a flash as the shabby green door closed behind him, trapping us in a verbal twilight zone.

I turned around, sat down, and began to psychologically fleece him once again. Big weekend coming up with the community tuba-thon on Saturday, he shared. Then he had a financial presentation to give somewhere else

“Not exactly. It’s just that I may be pressed for time between the two events since they are twenty miles apart.”

“That’s the only song you know, isn’t it?  I think I’d better handle the sousaphone duties, thank you. You probably could confuse the teens for an hour. Isn’t that what therapy is after all– an hour of confusion that requires the patient to come back in a week to unravel the conundrum you raveled the week before?”

“That’s harsh. I would never say something like that about you, Joel.”

“How do you manage to keep a straight face when you lie like that?”

“It’s a skill you learn in the first year of law school.”

“Now, now. Let’s not start in against my people.”

“Okay, I think we should pursue a serious topic. Your funeral.” 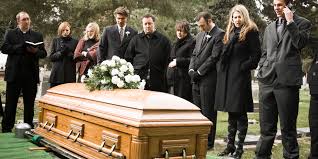 “I’ve never given it a thought.”

“I knew it! You of all people, who plan estates and fleece wealthy donors out of money for the college, you have not made your own funeral arrangements?  I’m shocked, and I don’t shock easily. No, strike that last comment. I am tazed, not shocked, tazed, mind you, and roiling in the electric current of social trespass…”

“You know I do sometimes question your mental health.”

“No, not Shakespeare, et tu, Brutu. Please don’t ruin all cultural refuges for me.” 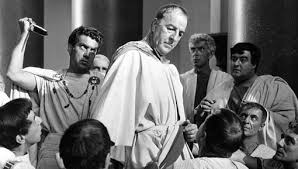 “Ruin?  I am merely carmelizing your experiences like fine chefs do at the shi-shi restaurants you frequent.”

“You mean your are carbonizing my neural filaments, burning up my mother board. Burning the petite filet.”

“Okay, seriously. I have been asked by a friend of mine to deliver his eulogy if he precedes me in death.”

“And you would do that for ME?”

“Will you say nice things? I don’t want you to make a scene and upset people who may still believe in my dignity.”

“What do you care?  You’ll be dead and in… well, I don’t want to judge you. You’ll be wherever it is you deserve to be for all the underhanded and deceitful things you’ve done in this life and any positives you may have accidentally done along Life’s Highway.” 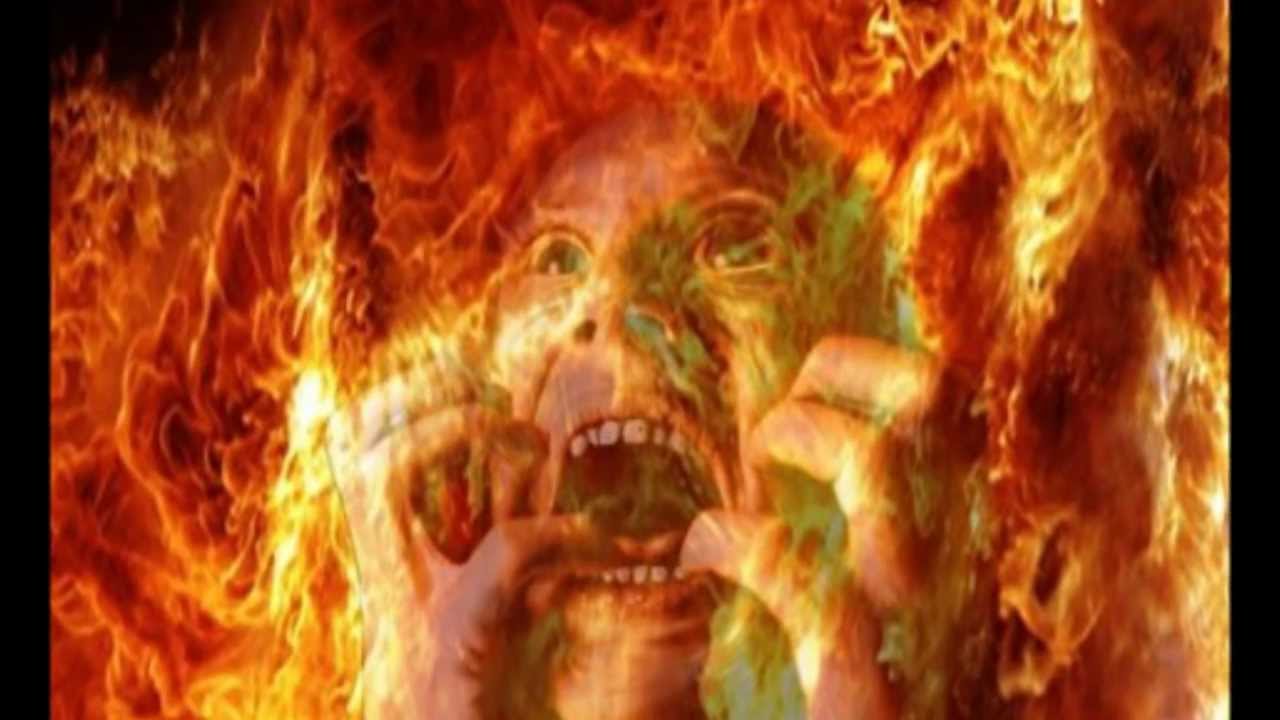 “But you don’t know me all that well. I mean, I’m afraid you have a small sample size.”

“Oh, Brutus, not you. I know that you have always had a thing for low hanging fruit.”

“And you gave up bowling after winning a trophy in sixth grade for high set score.”

“Yes, but I just told you that ten minutes ago. How will you make it sound sincere.”

“Joel, let me work the magic. I’ll just take out my friend Sam’s name and put yours in. No one will notice.”

“No. Uh, for example… Joel and I worked construction jobs together in the summers. He was twice the manly man that I was. He loved BB King and classic rock. We went to many a concert together and once got mooned by a carload of kids after an Emerson, Lake and Palmer concert on the Capital Beltway. Turns out that it was my little brother and his crew turning the wrong cheek just in time for a Maryland State Trooper to catch a glimpse.”

“No one will believe you. That is not my experience. I can’t condone such utter….”

“No, there will be an uprising to protect my good name. I would not be surprised if some of my church friends did not chase you out of the pulpit with rakes and  hoes and badminton racquets for the heretic you are.”

“That’s the beauty of the whole thing. I will be your ululating eulogist scape goat. Don’t you see? All those folks who simply came for the meal will be so uncomfortable with my indignities that they will rush the altar and chase me away, totally forgetting what a sleazebag you were. It’s brilliant. They will be half a mile down the road, out of breath, covered in sweat before they realize that I was only speaking the truth.”

Lots of soft hearted, wet eyed folks gathered at King Street Church this past Saturday to say good bye to one of our favorite persons. It dawned on me at church the next day that Eric never preached a sermon or won a theological argument with anyone, but he won over many hearts for Jesus with his unbridled joy. Who plays “Joy to the World” at a funeral?  Eric. 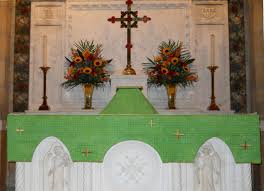 I was asked to speak about Eric. I made the following comments during a celebration of his life.

Eric was a pure gift of love…

from a loving Father to a loving family. He blessed our community.

He was like a shared golden retriever who canoodled his head under your hand.

Before you knew it you were petting him and feeling better.

Eric had that giving spirit and knew where he was loved.

He tenderly blessed us all.

That blessed gift returned to the Giver last Saturday

Leaving us bereft:  stuck between breathing deep sighs of sadness

Or not breathing at all.

All good things come at a great cost.

The great pain and deep sadness we all feel today

Are measures of that big hearted guy, we knew as the Sexy Cowboy.

You know, in Texas they have an expression for fake cowboys–

Well Eric was all HEART and no cattle.

I think he was afraid of cows.

Humor me for a moment and close your eyes:

Picture Eric sitting next to you with his crooked grin

With that bird swoop thing he did with his head,

his bright eyes peering at you through his Harry Potter glasses.

Take a long look and smile back at him

And hold to God’s promise that we will meet again

minus the ills of this world.

Give thanks for what Eric’s life was… a loving gift.

Take your last hug and exhale.

Eric has a poker game to play with Evie

And everyone knows that she cheats at cards.

And this is the hard part:  it’s time to say farewell.

God bless you and So long, Sexy Cowboy.

Like the God who made you, You are unforgettable.

I did not realize how important Eric was until he was no more. In the eyes of the world he was in the margins, out on the periphery. However, I believe in God’s eyes he danced at the epicenter of what we call love. 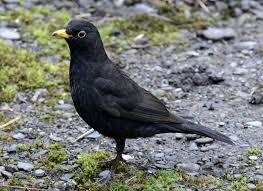 An odd image kept coming to me when I thought of Eric’s death. I saw a black bird pecking his way out of a loaf of bread.  It had been baked into the dough, I suppose. I knew the black bird was Eric and the bread was God’s word, the  Bread of life. I knew this was a resurrection and not an entombment. Surely, Eric brought God’s word to life for those who knew him. In Isaiah 55 verse 12 Isaiah gives this supernatural vision:

You will go out in joy and be led forth in peace;

the mountains and hills will burst into song before you,

and all the trees of the field will clap their hands.

And that, ladies and gentlemen, is how I will remember the Sexy Cowboy riding off into the sunset. There’s a party in them thar hills. Eric will save you a table near the dance floor. 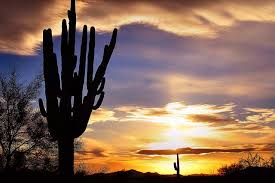