Simple question.  Where do you come from? Everyone has a different answer.  You come from your Momma’s belly, and she… may not be available or even known. Orphans don’t know where they came from, which can cause some primal insecurity. On the other hand, there are folks who are equally insecure because they know exactly where they came from and are ashamed of it. “That drunk woman on the floor of Aisle 9, that’s my mother. She’s pretending to have a seizure now to get the pharmacist to fill her fake OxyContin script.” Or maybe something less dramatic– “That’s my father. He never learned English and just wanders the town all day, lost and dizzy, hopelessly alone, searching for his village in India.” Where we come from is not necessarily where we are going to, though. 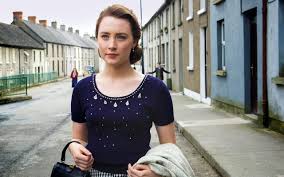 Most folks came from a family unit, no matter how dysfunctional or reconstituted.  And that family unit came from somewhere, some place that is tattooed on the family’s consciousness somehow. The sights, sounds, smells, tastes, and touches of home are wrapped around our brain stems.  This past Saturday a bunch of us went to see the film Brooklyn,  about a young female Irish immigrant named Eilis . Lovely film, never in a rush to tell its story. Superb acting. Every character comes alive and imprints on your heart for better or worse. The original home place is Wexford County, Ireland. Simple and plain and the Dead End of a vibrant life. The destination place is Brooklyn, N.Y.

Our friends met  us in Gettysburg for the evening. They come from New York, Ohio, Charleston, and nearby Newville. “We’re all immigrants”, Sue said later at the Irish pub where we had dinner and a pint. True. Some of us are orphans as well. None of us is from Gettysburg. Now Gary almost went to college there  but was put off by fraternity life. What an odd advertisement for the Greek system… “We make you uncomfortable in our debauched  brotherhood neighborhood…until you conform to OMEGA DELTA OMEGA.” One decision alters everything, you see, because Gary eventually met his lovely bride Suzanne in Charleston. Heck, it’s a love story inside a pinball machine inside a cosmic drama. Then again, so is your life, my Lucky Blog Mates. We all have a home, a story, and a destination.

Place is more than geography, so it is. What we call home is a feeling more than a blue gps pinpoint that blinks on your I-phone map. The main character, Eilis, is sent by her loving older sister to America for a chance to make a life. Why? because her hometown has no prospects of any sort for her.  Big sister Rose sacrifices to make a way for Eilis, who soon replicates home in Brooklyn by living and worshiping with all Irish folks. Funny, quirky Irish women. Though she struggles with homesickness for weeks, she flourishes after falling for Tony, the Italian guy who adores her. And no wonder, she is angelic with her auburn hair, pale blue eyes, and unfreckled milky complexion.  Home is truly where the heart resides, and her heart is given to Tony, the Italian plumber. Until…

Eilis must go home due to a family tragedy, and this is where the weird juju starts to flow. Her historic home has unspoken power over her. Folks start telling her what to do, how to behave, and whom to love. It’s all so familiar and nearly unconscious. The locals possessively nudge her toward a destiny that they have created. Brooklyn, freedom, individuation are all put on pause as guilt-inducing prospects are opened up for her.  Eilis is almost swept away by it all, except that IT is petty, jealous, gossipy, predictable, nosey, and suffocating. She suddenly  remembers why she left the first time and who she is. Eilis sails for Brooklyn again, a much wiser woman. Free from the constraints of small town Irish life. 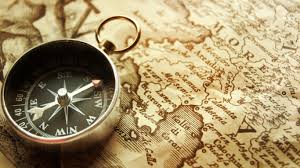 Where are you from? The answer changes for lots of us. My folks would answer, “Boston. Cambridge actually. Fenoe Street and Mass. Ave.” I would answer “Virginia Hills, Alexandria, Virginia. Dorset Drive and The Parkway.” But that was over forty years ago. I am still from there, yet I say, “South Central PA, not far from Gettysburg.” And this may change again before I cease to be from anywhere. I’m hoping to say, “I live in Tucson” in the near future. Like Eilis I left a place behind. Must be some wandering Irish gypsy gene. My children too live far away, or should I say too far away? Ironically my oldest lives in Brooklyn, though she is not from there yet.

So, full disclosure, I am 100% Irish, but I am not from Ireland because I have never been there. It is a destination I’d like to visit along with Italy, where my wife’s DNA arose. But for now we are from here, trying not to be self centered and blind to the bigger world around us. And yet, there are deep unconscious tugs on our souls to be somewhere else. This is not our home yet.

Interviewing a candidate for associate pastor of our church years ago, I was the only non-local on the conference call. The senior pastor directed the candidate’s question about the town’s ethos to me. “Tell him, Burrito. You moved here back in 1980, right?”

“Well, buddy, it’s like this. If your grandfather is not buried in a local church graveyard, then you are not from here yet. And you can’t bring your grandfather’s coffin with you and rebury him here. That won’t count.” After a chuckle, our pastor concurred. “That’s about right.”