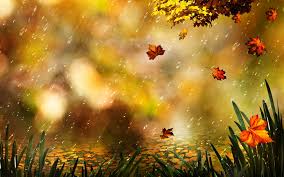 “California Dreaming” comes to mind this morning as a cold gray rain drizzles relentlessly on the scattered layers of trampled maple leaves.  Creamy yellows, rusty reds, and shades of orange lose all their glory when they are plastered against the wet ground like forgotten Play Doh pie crust.  Fallen beauty now awaits the mouldering process that turns organic matter back into soil. It’s a necessary step in the cycle of life, this cold fall rain that strips away litters of leaves from their tenacious parent trees. Euthanasia comes to mind. It’s sometimes called mercy killing. And I wonder is it a merciful death that’s meant or the death of mercy? In any event, I take the thuggish assault by this weather personally.

Good Lord! I am a weather wimp, I tell myself. So the damn leaves have fallen on the cold wet ground? Get over it!! Winter is early and you are not really ready inside your head. So get the psychic equivalent of a wool sweater out of storage and put it on your oversensitive neural synapses. Turn up the thermostat and Man up! Seek and enjoy the warmth that is available and stop whining about what has moved on. Whew! That felt good, like the football coach pep talk to his losing junior varsity team. Still, a glommy gloom lingers on this dark Monday. A cruise ship could silently slip into town under the fog and drizzle and not be noticed till the frozen sunlight returns.

Joel, “What is that large object in the square? It looks like the Costa Concordia or the Titanic.”

BS, “Looks like someone left a cruise ship stranded there where the fountain used to be. That’s something you don’t see every day.”

Joel, “Hmmmm, there will be litigation here. I can almost taste it.”

Joel, “That’s an astute question. Hmmmm. It tastes like precious metal in your mouth, like pure gold, fizzing in a bath of Dom Perignon champagne, chasing Russian caviar or goose liver pate into your upper gastro intestinal system.”

Joel, “Why yes, litigation is an acquired taste. It’s not for everyone, mind you.”

BS, “What if a person didn’t want it, you know, but was accidentally exposed to it. Like an attorney’s kid sips what it thinks is Coca Cola but it turns out to be liquid litigation. What then? Is there an antidote?”

Joel, “Again, astute, very astute. The antidote, though I can’t imagine why anyone would want it, is a tall glass of goat’s milk.”

Joel, “It gloms onto one’s taste buds and coats the drinker’s throat, much like this nasty weather is coating our town.”

BS, “And does it leave an equivalent cruise ship in its aftermath?”

BS, “It’s too late for that Joel. We are deep behind silly lines now and will have to fight our way back to normalcy. And since I did not have the ROTC training that you received during the Vietnam Conflict, I will follow your orders.”

Joel, “Very good then. One tactic I learned back in my training was to play possum in battle. In other words, when the lead began to fly, one should simply lie down until the shooting was all over. I found that to be the very essence of survival.” 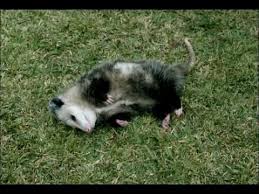 Joel, “Oh no, quite the contrary. Sterling officers in my class were trained to survive and then lead a lead free life.”

BS, “You mean they never deployed?”

Joel, “Well, that’s why they were sterling, untarnished by the caustic atmosphere of war.”

BS, “But you did go to that famous civil rights march in Petersburg, Virginia, as I recall, didn’t you?”

Joel, “Yes, though my parents knew nothing of my liberal leanings, it was one of my proudest moments.”

Joel, “In my liberal college days, maybe because I was harassed for being in the ROTC, I signed up for the trip to Petersburg to protest the Jim Crow laws still on the books. In fact, this may be one of the key reasons why I chose law as a career.” 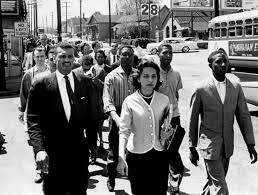 BS, “Please, Counselor. Remember that the first time you told me this story you signed up right after that most pretty young hunk of undergraduate woman signed up, and furthermore, that if she had signed up for the Sudanese equivalent of the Iditerod, you were going to sign up after her. Do you recall that, sir?”

Joel, “Well, there was that. But I was sprayed with fire hoses and chased by German shepherds.”

BS, “The breed of dog or the actual shepherds?”

Joel, “I will not dignify that question with a response. As we were abused by the militia and police that infamous day, I was knocked unconscious, only to be revived by the screaming pain of a broken collarbone.”

Joel, “My mates helped me back to the Rambler we had driven down from Pennsylvania, but when we got to the hospital, the staff refused to treat me. They hurled insults and scorn at us, and I could not even raise an arm to protest.”

BS, “That’s horrible! What cretins, what vermin, what termites in the good wood of society!!!”

Joel, “Actually it wasn’t so bad. I rode home with my head on Suzie’s freedom loving lap just inches below the forbidden fruit of her bosom. It was tantalizing: if I reached for her in my delirious state, the pain of moving my hand would coerce me to drop it. For hours I was so close to a lusty desire that could never be fulfilled.”

BS, “I thought you were a freedom fighter.”

Joel, “I- I- I was. Remember it was the Sixties; there were many causes to support.”

BS, “And your favorite was a double D?”

Joel, “Please, you make it all sound so self serving.” 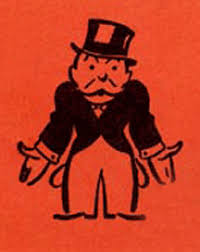