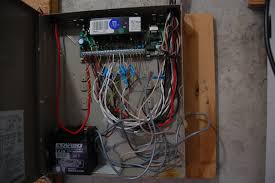 It wasn’t quite like this picture but it was close enough with the wire mess in the upstairs closet of my office building. It looked like a bear had eaten a small pig that had been wrapped in fine electrical wires, and left. When I got settled in after moving, I determined that I’d fix the mess, which I assumed was all the wiring for a former security system. See, my building had been an outpatient drug clinic for a while, so every window and door had an electronic sensor wired to it. There was also a fire alarm system built in that no longer worked nor was it necessary. I’d been told by the fire department inspectors to actually remove the fire alarms since they did not work and were not required.

Officer Dewey Duty: “We don’t want folks to have a false sense of security by relying on fire alarms that actually don’t work.”
Me: “Sure, no problem. It’s like relying on Social Security in your retirement.”
Officer Dewey Duty: “Uh, yeah. Just remove them, smart aleck.”
Me: “Roger that, sir.”
Officer Dewey Duty: ” It’s Dewey, Dewey Duty.”
Me: “Yes, sir, Mr. Duty. Officer, sir. But what about my obsessive neurotics? Do you want to steal their imagined rescue?”
Officer Dewey Duty:  “I’ve had about enough of you, jerk face.”
Me: “Rogerrrrrrrr, okay. Sorry. Please just pass me. Take the $100 and leave.”
I set about doing the code conforming immediately, but I overgeneralized in my enthusiasm. I over-identified the dead wires. There were actually phone lines and high speed internet lines that all bundled back to this messy wall panel. I was undeterred and defiantly ignorant. I took wire cutters and cut till every last skinny wire was in two  pieces. I unscrewed the metal and plastic panel and tossed the wire clump into the dark land above my ceiling tiles. I cleaned up the wiry mess and carted off the plywood backing plate. Heck, it seemed as neat as a fresh grave. 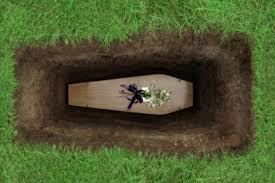 The next day I noticed that my land line was not working. No signal at all.
“That’s weird,” I thought, not making any connection to the wire cutting frenzy of the day before.
So I called the telephone company, who sent out a technician. After just a few minutes and obvious checks, he asked me, “Have you had any recent construction in the building?”
“No. I just tore out the old security system wiring.”
“Uhhhh, where is that wiring harness?”
“Back here in this closet. It was a mess and I put it out of its misery.” I opened the walk in closet for his inspection. “Right here is where it was; I put the bundle end up above the ceiling tile. Now it’s tidy and neat, dontcha think?”
“No….you didn’t.  These are all telephone lines. There must be a hundred wires here.”
Gulp. I saw big money signs and the word STUPID tattooed across my forehead. “No kidding?”
“You cut all your telephone lines.”
I started laughing. “I guess I did. Yep.”
He looked at me as if I did not understand English. “No, I mean you CUT all of your telephone lines.”
I laughed a little more. “Yeah, crazy, huh?” 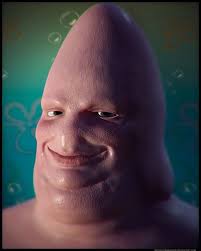 “You cut ALL of them. Every one of them.”
“Yup. What can be done?”
“I might be able to find one line, but it will take hours to connect them all back together. You cut them all.”
“Well, I really only need the one to my land line. Do you think you can find that one?”
“I’ll try. I have this sensor that can show me a match, but you’ve got at least a hundred cut wires here.”
[ By now I was fully aware of how many wires I’d cut, but apparently Bob the technician was flabbergasted by my work. He had never met a village idiot before.]
“That would be great if you could. You know all the rest of the outlets don’t really matter anymore since we have Wi-Fi and cell phones. Weird, huh?”
“I’ll see what I can do,” he muttered as he weeded his way through the chaos I had created.  About 20 minutes later he found the correct green wire combination that restored my land line’s dial tone.
“Awesome!  I’m back in business, Bob. You are my hero.”  If I’d been the hugging type, I would have given him a crisp, professional hug, but I’m not so I didn’t. Plus I don’t think Bob was nearly as pleased as I was and he still thought I was an escapee from the local mental ward.
As Bob was ready to leave he said to me with what I believe was disgust, “I’m not even gonna charge you for this visit.”
And he didn’t. I think he felt that I was probably too stupid to open my own mail, let alone write a check and mail it. But I felt validated, prophetic even. Ahead of my time. When the Wi-Fi era archeologists exhume my old building and find no hardwired telephone or computer lines intact, they will gasp, “This guy was either a genius or the luckiest village idiot there ever was.”  I will let history judge me.