Okay, I spent last night at the ER because I did not listen to my wife. No, she did not assault me or beat me with a ball bat, though I believe if she did, she’d get off with a jury trial… because she is so stinking pretty and my daughters would all testify against me. “He’s impossible to live with. It was justifiable strangulation, your Honor. The man is made for a good domestic beating; just look at him. He needed to go. It was a public service.” No, she’s been after me for months, yes months, to exercise, get a massage or go for physical therapy to treat my suffocatingly tight neck.  And I said, “Uh huh”, which means I am my own worst enemy while doing the male fake listen nod. In Arabic this attitude translates as “mi nek tar”, which is an old Persian expression that roughly means “pain of the camel’s neck”. 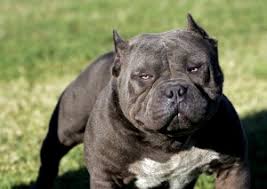 Actually the truth is that my neck muscles seized up like a pit bull chomped down on an industrial strength vacuum hose and would not, perhaps could not, release. (Think of the pounds per square inch that would be required to hold a 65 pound hunk of pure canine muscle locked down on a rubberized turkey neck toy.) I used ibuprofen. Nothing. I used patience, like four and a half minutes worth, I swear!! Nothing. Finally at 3 a.m. I used Tramadol, damnitall. Nothing. My neck was like kiln fired clay that had set up, crystallizing into bronze. Agony is the closest word I can think of. I was in Agony, a small town in a  Steven King novel where bad things happen to decent people lost in rural Maine, where Kathy Bates finds me stuck in a snow bank and tortures me with an ice pick in the neck for six months or summer, whichever comes first. I was a desperately hurting white boy with no possible hope. 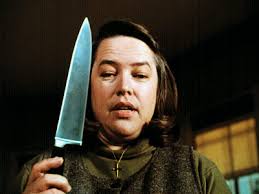 All I could hear from across the lonely valley were strains of Aretha Franklin singing “Rescue Me.”

I reasoned that since I was not sleeping and three attempts at remediating this pain had failed, I might as well go to the local ER. I got dressed while my wife slept. I had to wake her up and worry her so that she would not worry when she woke up on her own and I was not there to beat with a ball bat. I moved like the Tin Man without WD 40 to my car and onto a deserted Route 30 festooned with teal green traffic lights all the way into town. I could not pivot my head. I had to turn at the torso to check for traffic. I was a danger to humanity.  Like Jim Morrison sang, “Killer on the road, his brain is squirming like a toad.” Wow, that seems really dumb forty five years after those lyrics charted. 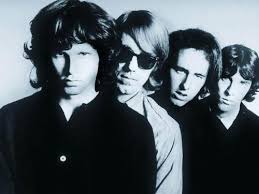 With my squirming toad brain I expected no wait time at the ER. Wrong. “We only  have one doctor on duty, and he has a very long Middle Eastern name which takes about five minutes to pronounce, so we are backed up about two hours at least. When Dr. Smith works nights, we save all that translation time and see twice as many patients. But tonight it’s Dr. Rolexia Al Sirabi Hamadi Sirramboisiamani the third. Sorry about your luck. So, maybe around dawn we’ll get back to you. Until then, here’s the remote for the television. What? You can’t turn your head? Oh yeah, that sucks to be you, sir. Here, I’ll just leave it on QVC. Oh, faux pearls!! Well would you look at that?”

Not much was on television as I cruised through the menu, finally settling on The Return of Zorro with Antonio Banderas and Catherine Zeta Jones and endless car commercials. I’d close my eyes with commercials on mute and try to sleep. The pain and stupidity of my situation would wake me as Zorro was about to blow up a train or CZJ ran wildly through a vineyard in the strangely bright night. I didn’t care. I was a miserable audience of one, alone in a dark Emergency Room corner at 4:00 a.m. waiting for an exhausted Dr. Rolexia who had to keep repeating himself in soapy English syllables. I imagined that he sounded like an automatic dishwasher spraying medical terminology around at accelerated speed onto muted patients who lay nearly comatose beneath him like hand painted china. That’s it. I am a dinner plate with a human form painted on it. My mind was confused. “My twisted muscles must be twisting my squirming toad brain”, I reasoned from under the hospital gown.

“Rescue me, Zorro. Forget CZJ. She’ll leave you by the next movie, but I’ll forever be your buddy if you will cut my head off and end this agony. Just look out for Kathy Bates. That’s a tough woman to kill.”

I may have been dreaming or hallucinating or alternating between alternate states of consciousness.  Finally the day doctor showed up and by 6:30 I was given toridol, my muscle declencher. It worked magic on my neck, prying it out of the jowls of the imaginary rabid pit bull. Oh sweet release!  I could swallow without pain. And like Botox, I could see clear proof of wrinkle reduction around my face. I could move ever so slightly and not have electrical shocks fire off at points of insertion. I had to sit still for a CT scan of my neck to rule out shrapnel, ice picks, tumors, arthritis, and internal serpents. The doctor told me I had the spine of a 59 year old. “I am 59.”

“Yes, but you look much older in the flesh.”

“Hey, I can go home and be insulted for free, Dr. Cornflakes.”

“And I can expedite your check out. Sign here and here.”

“Is there any prescription or advice for me, Doc?”

“Yes. Listen to your wife.”