The new Pope is unlike the old Popes. He speaks more clearly it seems. His head is not stuck in books up a spiral staircase in an ivory tower. His tongue is not stuck to the roof of the Vatican Bank. His feet are not stuck in expensive hand made ruby red leather Pope slippers. His hand, so it seems, is not stuck in any cookie jar of carnality or greed or pride. It’s refreshing. Maybe. I’m concerned for his liver, though.

I remember Jimmy Carter was a fresh wind that blew into Washington in 1976. He walked down Pennsylvania Avenue during his inaugural parade. He put solar panels on the White House and didn’t drink a lot of liquor. He held firm on the military’s budget. (Unfreakinfogivable!) He seemed awfully humble, which was toxic to the coyote/hyenas known as the “Beltway Bandits”. Eventually the career politicians and lobbyists devoured him, and Ronnie Reagan rose like a dust storm, sandblasting the skin off the middle class in America. Corporate America settled in. Lobbyists, like plutocratic bishops, weeble wobbled around D.C., syphoning off tax breaks and profitable legislation for their constituents. Jimmy was ground to a powder and blown away beyond the Beltway. The fresh wind turned fetid. Which is why I’m concerned for Pope Francis.

I remember when Lindsay Lohan was my daughters’ favorite star and Britney Spears was a virgin. And you can add any fallen celebrity you wish to this list of infamy. I don’t blame these folks. They lived briefly at the edge of a cultural whirlpool that is driven by money and lust. They danced along the edge of the abyss for a few years, their innocence in stark contrast to the bubbling cesspool below. And then they fell into the magnetic excrement. It’s not simply the character flaws of these individuals; it’s the jet engine system that sucks them in, shreds them, and spits them out vaporized…thank you very much. Next chump. Washington and Hollywood operate on the same jet engine system.

I’ve never had the rock star experience, where others want to get close to you, drive your car, open your doors, do your laundry. Sycophants who get between you and your money… endlessly pampering your ego until you are the human equivalent of a caged goose with a super-fatty liver…so tasty as pate. The slaughter waits at the end of the tunnel of false love. I suppose that’s the gift of any addiction– false promises and feel good moments delivered (Oh, don’t get up. I’ll answer the door for you) on the way to the slaughterhouse. The British sent opium ahead of their invasion of China. Our U.S. cavalry softened their Indian targets with alcohol. It’s not just Hollywood that greases the skids with drugs for the young and beautiful, the rich and powerful. 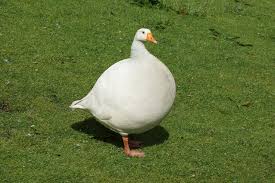 And what drug or addiction is softening up the U.S. population nowadays? A legion of indulgences cage us as we gobble down kernels of our destruction and our livers swell into gourmet gourds.

2269 Americans have died in the Afghan War as of this week. The cost of the war is estimated to be between $4 and $6 trillion, or a third of our national debt. Not to mention war costs in Iraq…

“Joseph Stiglitz, former chief economist of the World Bank and winner of the Nobel Prize in Economics, and Linda Bilmes of Harvard University, have stated the total costs of the Iraq War on the US economy will be three trillion dollars in a moderate scenario, described in their book The Three Trillion Dollar War and possibly more in the most recent published study, published in March 2008. Stiglitz has stated: “The figure we arrive at is more than $3 trillion. Our calculations are based on conservative assumptions…Needless to say, this number represents the cost only to the United States. It does not reflect the enormous cost to the rest of the world, or to Iraq.” Oh, and around 4500 U.S. soldiers died.

A 2013 updated study pointed out that U.S. medical and disability claims for veterans after a decade of war had risen to $134.7 billion from $33 billion two years earlier. Do you think that might increase even more?

So each citizen’s share of this debt is $52,870.05. But not every citizen works. Roughly 2/3’s of our population is employed, so the actual cost per working man or woman is greater than this figure. 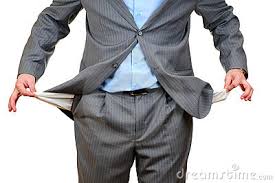 In addition to this travesty it is estimated by Bloomberg News that the true cost of the Wall Street meltdown/bailout of 2008 cost U.S. taxpayers $12.8 trillion. “According to a team at Bloomberg News, at one point last year (2009) the U.S. had lent, spent or guaranteed as much as $12.8 trillion to rescue the economy.” Hmmmm. Funny how the three figures above add up to just around our total deficit. I know it’s not this simple, but war and Wall Street greed have real consequences to the empire we live in. But wait! There’s more.

Consumer credit, for instance, surged past the $3 trillion mark in the second quarter of 2013 and continues on an upward trajectory, according to the most recent numbers from the Federal Reserve.

At $3.04 trillion, the total is up 22 percent over the past three years. Student loans are up a whopping 61 percent.

Total household debt, according to the Fed’s flow of funds report, is at $13 trillion, nearly back to its pre-crisis level in 2007. 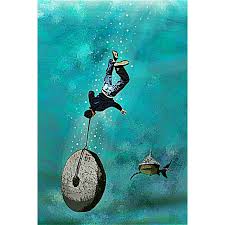 Is there a trend here? Our materialism is a mighty stone around the stiff neck of our imperialism. We want it all on the micro and macro levels. Our USDA inspected livers are saturated and ready for the harvest. Pope Francis, don’t put on those bloody red slippers. Like Dorothy from Kansas, we put them on and went to Hell with our hand basket stuffed full of dinner rolls and butter. The enemy is not at the door but in the mirror.

We can barely estimate our losses, costs and debts. My question is this: Silly geese, what have we gained? 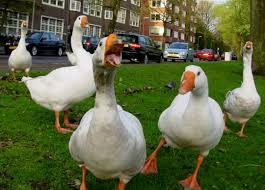