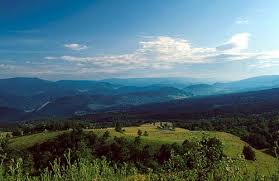 It had to happen. All good things must come to an end, and here we are again, home in Turtle Town, south central PA. It’s not a bad gig, mind you. I  have a good life, a great family, work I enjoy, The Coffee Nation Summit, a solid church family, friends, purpose and meaning. So what’s the rub? Well, my mind keeps savoring those Tucson memories while our Mid-Atlantic sucky weather presents its cold, wet, ugly smeary face against my window panes like a slobbering Rottweiler puppy. I suppose it’s the same sort of vibration that nudged the settled folks of the American Colonies to ramble over the Appalachian Mountains way back when. Curiosity, maybe?  A growth spurt? Not boredom, really, as much as a palpable desire for change moves in me. “You know this is good. I wonder if there is something even better; not perfect, mind you, just more.”

One of my granddaughter Leah’s first words that she learned to demonstrate with sign language was “more”.  She put her little hands together and eventually said the word “more” for food she liked at first. Now it’s for books to be read again or songs to be sung again or floppy falls on an air mattress after singing “No more monkeys jumpin’ on the bed”.  She calls for more when she’s delighted, and I suppose that is what her grandfather (me) is doing. I’d like more warmth, more sun, more empty space, more wild edge, which is what I experienced in Arizona, and more Little Leah.  This East Coast life is good, but I think I’ve found better… for me, bloglets. I am speaking strictly for me. Unlike a toddler, I can count the high cost of pursuing more then, by employing less now. Streamline, offload, get lean for the journey. Sell and divest. (Forget Bill Clinton, “INHAAAAALE”. Deep breath here as I consider this late middle age bungee jump.) The thrill of diving freely is ironically tethered to the securely anchored diving board from which I bounce. That’s nonnegotiable responsibility. It’s faith. You can’t launch effectively from an unstable place. So I guess the implication is that because we have firm enough ground beneath us here, we can roll out west and thrive once again.

“Amore” means love in Italian. It was the title of one of Dean Martin’s three most popular songs. “When the moon hits your eye like a big pizza pie, that’s amore.” Well, I’m signing up for more amore.  That’s it. You know, if you’ve been to a decent concert, at the end of a good show the crowd often chants, “More, more, more” until the sheepish performers return and play their encore. So “more” seems to produce good results, depending on circumstances and context. Is it selfish? I guess so, but we don’t typically think of explorers or adventurers as merely selfish folks.  Or the guy who takes a pay cut to get to a team that contends for a world championship…he’s risking a bunch for a higher valued thing… the mountaintop experience. “Sir Edmund Hillary, you sir, are an egotistical cad!!” No, he climbed Mt. Everest without supplemental oxygen, my blog sherpas, in 1953. That’s impressive. He followed his heart’s desire after counting the costs and then paying them in full. The man was a beekeeper in New Zealand, for goodness sake. That’s  a pretty humble occupation and an unlikely though stable place from which to launch. 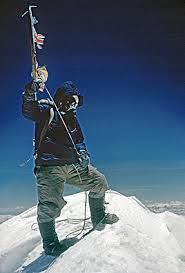 Every so often my wife and I have the deep meaning conversation about why we’re married and what’s in our future. It’s easier to explain past known reasons for getting married and staying married than it is to project the same into the unknown future. Fortunately, so far we have had a similar enough view and set of expectations of our future that it’s still one shared future script written like our kids’ names in chalk on the driveway. What do we want? More amore. Not the pizza pie and moony variety of love, but a mature, settled, wise love that can weather decline, or cancer, or dementia and ultimately death. In a sense we  have crossed the Appalachians and have rolled across the plains in our marriage. There have been many rivers and rough spots. Places to celebrate and to forget. But we’re determined to keep rolling. 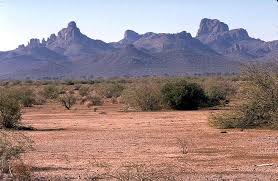 Get this: in Arizona you get a driver’s license once, and it’s good for 50 years. Not sure why, but my daughter does not have to get hers renewed until 2060. Which freaks the TSA folks out at the airports not located in Arizona. “This can’t be right.” Just one more reason to live there– you’ll always be 26 on your license if you go now. If I get one soon, I won’t need another till I’m 108 years old. Now that’s what I call a good deal. I’ll be a centenarian though I don’t think I’ll check off the “organ donor” box. Who would want a hundred year old kidney? What’s that like?  A Honda with 300,000 miles on it? Then again, if it’s been cleaning happy blood for a century, it might be good enough for light local traffic. Beats dialysis anyway.

Ah, the closing thought? Let me defer to John Lennon’s “Mind Games” minus all the karmic wheel stuff…

Love is the answer and you know that for sure
Love is a flower you got to let it grow”.

More Amore, my dear fellow life travelers, as the waves of time roll over us. 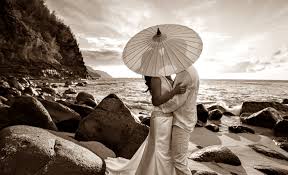