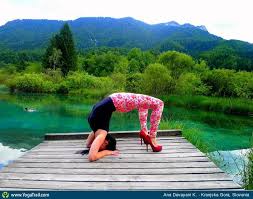 1. to turn upside down.
2. to reverse in position, order, direction, or relationship.
3. to turn or change to the opposite or contrary, as in nature, bearing, or effect:
to invert a process.
4. to turn inward or back upon itself.
5. to turn inside out.

It’s 76 degrees Fahrenheit on the second floor of my office building here on October 27.  Cold Canadian air is due in a few days. Like a bookie I owe betting losses to, he’s coming in around the freezing point on Friday night to hurt me and force me to comply with his cruel will.  Frost will settle in by Friday night, and I’m not talking about poets. I can feel it like dogs can sense earthquakes before humans do. It’s coming with an urgency that will shiver our Mid Atlantic butts into winter jackets and coats and corduroy pants, uttering “Ahhhs” as we find our way into warm dry interiors. You know, at first flip flops were summer sandals before they became political reversals.  When folks change positions, we say they flip-flopped. This sudden temperature inversion will be a meteorological flip flop of seasons in a week. You don’t argue with cold fronts or tornadoes or floods or tsunamis. You just surf them out as best you can and hopefully you survive. You just have to turn on the furnace and bunker down, my downy blog peeps. We’ll get through this winter with good books and music, warm conversations over hot cider and coffee, and hearty meals with happy dogs curled underneath the dinner table. That sounds delightful and yet doubtful at the same time.

And this weekend we play with time again, turning our clocks back an hour. Why? Because Congress thinks it’s a great idea for the economy. Think about that for a minute:  the most untrustworthy weasels in the country set the clocks twice a year and tell us it’s a good, no, a great idea. Originally this time change was designed to help farmers maximize available daylight. Uh, how many farmers do you know? The ones I see working during harvest time drive combines and trucks with headlights. Hmmm. Trust Congress? 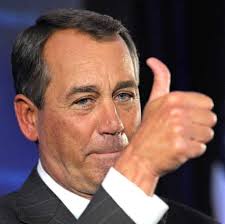 Trust me. Don’t they tell the truth when they’re not lying? So do mimes. 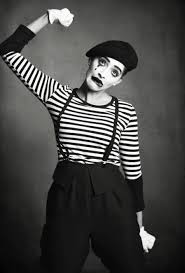 It’s funny how screwed up people get as the seasons change. This morning I went to a supervision meeting at 9 a.m. No one was home. It started without me at 9:30 a.m.  But I’d given up on the meeting when one of the guys left a voicemail for me telling me he was going to be 20 minutes late to my house, where the meeting was not. I then got settled at my office when the meeting host called me to see if I was on my way to his house. I told him I was there already at 9; no one answered the doorbell so I left. He said he got to his own house at 9:06. (What do you do? Laugh, cry, scream. )  I chuckled and sauntered off to the coffee shop for a longer and deeper conversation with Joel, the resident decaffeinated attorney. He asked me to consider how many other appointments and dates I’d missed in my life,  which was not reassuring nor was it meant to be. (Attorneys live in the land of potential liability and what ifs.) I told him I did not care, that it all comes out in the wash eventually. But he insisted that I could have been famous if I had met my destiny earlier and not missed the weekly opportunity meetings along the way. I sensed he was massaging me to ask for a contribution to one of the many charities he serves.  Like an inverted Bill Clinton, he said, “I feel your pain.”  I said, “Billy Joel, that’s my knee.” Meanwhile, unbeknownst to me, my 7p.m. appointment had already come to my office at 7a.m. God only knows what other appointments were missed or dyslexically rearranged by 10 a.m. on this, the last warm day of fall. I tell you, it’s coming like a new born glacier calf flailing down a fractured fjord.

I can feel it coming unglued. Last night my Washington Redskins beat the overrated Dallas Cowboys in the JerryDome on Monday Night Football, in overtime no less. It was awesome to see a beat up third string team defeat a highly touted first string team on their own field. Oh the inversions are everywhere I looked. You can’t pick out winners and losers, blog casters; you just have to play the game or let the weather do what it must.  Let me insert a slide to demonstrate how irrational inversions seem to be. 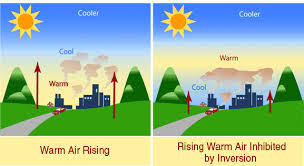 You see, it makes little sense for warm air, which is lighter and should rise, to trap cool air beneath it and keep Mr. Sunshine hidden. However, if you fumble the ball or throw interceptions, Mr. Romo, an inversion occurs and the Red team marches the other way against the Blue team. Even in the colossal spectacle of the JerryDome, the modern day gladiatorial Cowboys were defeated by the rag tag, politically incorrect Redskins and their third string quarterback. Ooooh, that stings.
And now the crescendo inversion. I found a Peruvian 50 centimos coin in my pocket change last week as I fed the evil coin eating parking meter. It’s the same size as a U.S. quarter and that’s what I  thought it was until I noticed the different details. Huh. It appears to be silver like U.S. coins used to be. I’m keeping it for good luck. Perhaps I’ll drill it and make a necklace out of it. Chic inversion that.
So, don’t forget to turn your clocks back an hour this Sunday at 2:00 a.m. Put an extra blanket on your bed. Never trust lawyers,  politicians or Jerry Jones. And may you find your own lucky charm this winter. Till next spring, invert something. 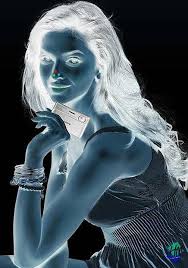