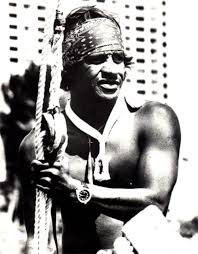 One of my oldest friends is Samuel Perry Dysart. (His grandfather’s name was Perry, I think.) We go all the way back to high school, like tenth grade or so. JV football teammates. He was big and strong as a Hawaiian water buffalo; I was merely an inflated jersey, like a mynah bird bowling pin. He was an interior lineman, I believe, maybe number 75, a tackle or linebacker. Let’s say Nose guard to be safe. I was an end, #84, the end of the bench to be sure at 145 pounds of whipped cream and hot air.

What resounds in my memories is not great athletic skill or accomplishments from either of us. What echoes is a tender chord. Sam was a sensitive soul. He never wanted to hurt anyone. He played an Ovation guitar and sang songs that he wrote, as well as other songs he covered. He could sweat like no other human being I have ever known, which made me question if he were an extra terrestrial at times. Sam was a good social radar detector, though.  If someone didn’t like him, it was a good bet that the disliker was a jerk cretin, because Sam was a golden retriever type person, if he is in fact human.

We worked construction site jobs together over two summers. Sammy ran a jack hammer and pried up failed curb and gutter chunks the size of pigs. Two or three of us would heave ho to get the pieces from the ground up into the truck bed. This is how I know about his sweating and smoking Merit cigarettes. Often at the same time. He’d also wrap his head in a kerchief dew rag long before it was cool or hipster to do so. And he joked in many voices, not the least of which was Truman Capote, “I went to the prizhon to interview thoszh bad men for my booook”  followed by West Virginian drawl, “Well, that’s what I’s sinking, Delbert” “Me too! I’s sinking the same thing! Melvin” “Well, me too! Delbert. Aint that a hoot?” Followed by any number of cartoon voices that chattered on as I’d chuckle and thank God I’d met Sammy.

Sam liked to stay up late and watch late night t.v.including that old Tom Snyder dude.  Getting up in the morning was another story, though. He eventually mastered this essential task, I think. 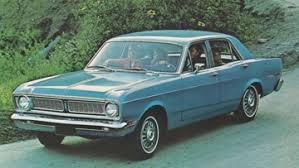 We went to concerts together and shared music and books. We roomed together for two years in college. I bought his old Ford Falcon from him after freshman year, I believe. I drove it up and down Route 95 on weekends visiting my then girlfriend, now wife.  I wish I still had the thing and that time capsule. A simple six cylinder engine with no bells or whistles to worry about. A cheap radio. A basic low maintenance car if ever there was. I gave it to my little brother when I couldn’t afford to keep it in college. We don’t value what we have till we lose it. How many times have you learned that lesson?  And yet, you’ll unlearn it again, won’t you, Blogdoits?”

I remember vaguely a weekend trip to Virginia Tech. We drank Wild Turkey ( big mistake) and got separated from my friends who were hosting us after the huge football game. Sam and I wandered down the lit up main drag in Blacksburg and into a second floor bar with a pool table. I slapped quarters on the table and said, “We’re next!”  The six or eight guys who were playing looked at us, said something about which bodily cavity to put my money in, and threatened us with immediate and certain violence. I think Sam explained to them that I was fresh out of the local mental hospital and I’d broken away from my chain. I went in the bathroom while he was explaining my diminished capacity. Meanwhile, I thought it would be a great idea if I wrapped myself up in toilet paper and came out as the Mummy. I did. We were thrown out of that establishment before I could be set on fire. Now that is a heroic friend who will stick with you even when you are not exhibiting high value or common sense. (Who’s the alien here?) We  walked back to campus, the Mummy and his chaperone. This was not the first time we walked down a college lane as the odd creature couple. Once in Richmond, I believe, we got out of hand and wore costumes of toilet seats and fluffy pink tank covers wandering through the Fan District.

His beautiful younger sister Lisa developed Lupus in her twenties, I think. Somewhere after our college days Sam donated one of his kidneys to her. It was like a mini Abrams tank that immediately started to bring her back to health. I’m pretty sure he had kids by then and his own business, so he was putting everything on the line for Lisa. That’s what a hero does. I’ve held him up as a hero ever since. He was merely pre-heroic prior to that sacrifice, but it was no surprise to me. Sam’s heart is even bigger than his mammoth kidneys.

Oh, yeah, there was the time we went to see Stevie Wonder “for free” at the Washington Monument and the situation got really ugly. Local thugs wandered through the crowd stealing from and violating folks at will. We started to get out of that scene only to be surrounded by six or eight nasty young criminals in broad daylight. They ripped off my backpack and Sammy’s cameras and laughed at us as they disappeared into the huge crowd. Nearby cops were as useless as wooden soldiers. I was screaming mad, though I’d lost nothing of value. Sam was way more understanding and toned down about the violation. He’d lost two or three cameras but not his dignity or sense of fairness. I wanted to hurt someone. He wanted something else. 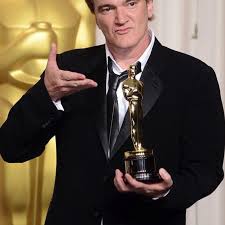 So there you have him, ladies and gentlemen. Stronger than injustice and more entertaining than Tom Snyder. My hero, Sam ( not quite Jimi Hendrix ) Dysart.