Caution: a politically incendiary message follows. Read at your own risk. 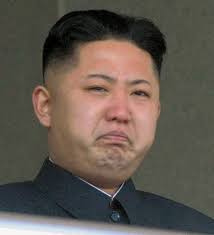 No squid soup for you! Pouty puff.

I’ve made oblique references to this greasy, spoiled child before in jest. He’s a baby tyrant who eats sticks of butter for snack, so I’ve come to believe in my own mythology. But apparently Little Butterball needs to be taken seriously now. (What he really needs is a severe spanking in front of the U.N. , but that won’t be happening anytime soon.) The little prince can’t be disrespected because he has a divinity complex and must be loved and revered or else he’ll hold his breath and unleash nuclear weapons. The free world must be North Koreanized, i.e., lobotomized, in order to prevent his highness any further disappointment. His charge d’affairs, Dennis Rodman, tried to sell the Pillsbury Pirate Dough Boy King to the world while drunk last year. He failed. Truly, that’s a tough gig even for a sober man to put lipstick on such a suckling pig and say, “He’s family friendly, folks, and he don’t stink too much.” Only a drunk would take the dare. 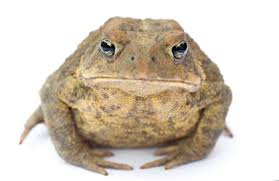 “Go ahead. I dare you, Western Capitalist Pig. Market me.”

And now this pudgy toad has ordered his techies to hack their way into the world’s computers to do in cyber space what he cannot do in three dimensions on a well lit battle field. Well, if they can chop up international security systems in free countries, why don’t they use their skills to get rid of Doctor Frayed Knot, Delusional Ding Dong of Pyong Pang? I mean, there must be 50 ways to leave your leader… 50 ways to lose the Loser.

The problem is all inside his head

I said to Gee

The answer is easy if you  take it logically

There must be 50 ways to dump your dumpling

50 ways to punk the punk king.

Taze him in the crack, Jaik

No need to be coy, Soy

Just listen to me.

Whack’m in the knees, Hee

Blow up  the bus, Gus

No need to discuss much,

Shoot him in the back, Geun

But get yourself free.

I hate to even refer to Young Fool as a leader. He’s more of a hostage taker’s grandson, living off the extortions and exertions of  his father and grandfather’s hocus pocus reigns. They managed to spike the kim chi with LSD decades ago so that North Koreans believe these clowns are God himself. Why are these deities so square-headed and human then? When you look at them together, you can believe in cloning ala SpongeBob. 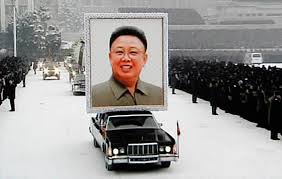 Kim Jong Il’s deathmobile. The father of Young Fool. I don’t think this was photo shopped, but it could set a land sailing record with the right wind conditions. 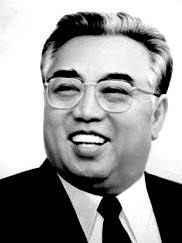 Kim il Sung. Grandfather of Young Fool.  These guys remind me of used burial property salesmen from the 1960’s. “Have I got a lot for you?”
“You got lot for me?”
“Yes, I’ve got a lot of lots for you.”
“But there is someone in my lot already.”
“That’s why we call them used lots. Somebody has broken it in for you.”
So, sore butt Kimmy cannot be mocked, although he mocks himself in those state run propaganda trailers that we occasionally see on the news in the capitalist west. His fully devoted soldiers rush smilingly into icy waves to revere the King of the Rodents. How can you take the guy seriously? He is the political equivalent of Newman, from Seinfeld, hard to take at all. 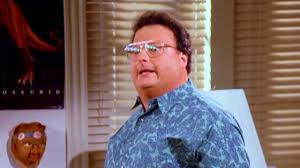 “Hello, Kim Young Fool!”
“Hello, NEWMAN!!”
But with Young Fool a phalanx of I.T. engineers is commanded to steal your medical records, mess up your credit cards, and block your choice of movies on Netflix. Why?  Because Young Fool is a weiner. Kim Young Fool Weiner, KYFW.
Like a Kansas radio station handle…
“This is KYFW radio in PingPong, Kansas, coming at you with 50,ooo megawatts of illegal hacktricity. We’re playing all the hits for our fearless leader Kim the Weiner Young Fool.  Let’s get it started with Cry Me a River sung by Diana Krall.
“You drove me, nearly drove me, out of my head
While you never shed a tear
Kimmember, I Kimmember, all that you said
You told me love was too plebeian
Told me you were through with me and
Now you say you love me
Well, just to prove that you do
Censor me a movie, censor me a movie
I cried a river over you
I cried a river over you
I cried a river…over you…
Hack me a movie, hack me a movie,
I hacked a loogie over you.”
“Okay, get your bulgogi on with this next hit, a request from Sing Sang Sung in Lawrence. It’s the theme song to Ghostbusters.
“If there’s somethin’ strange in your neighborhood
Who ya gonna call (Kim Young Fool)
If it’s somethin’ weird an it won’t look good
Who ya gonna call (Kim Young Fool)”
Our Supreme Leader has managed to shut down an international movie company.  This is a major victory in Hollywood. Weiner Boy has broken the stranglehold of Evil Western Democracies by stealing personal banking records of hundreds of unimportant Americans. He even found secret recipes for KFC Original Recipe Fried Chicken. Now he has bent the West into humble submission. Bi bim bap to you!! Butterman.
It amazes me that an international corporation, a movie industry giant at that, would bow to Junior Boy Scout Mafia pressure. I don’t care about their movie. It likely sucks. I do care that a flabby schoolyard bully has won a victory, however temporary it may be. Feed the demon and it grows. Spit in his face and he slinks away.
I think rather than shying away from insolent children like Kimmy Boy, Jimmy Fallon and Conan and the other comic geniuses we have should absolutely roast this guy’s chestnuts over an open fire of First Amendment glory. Just because Kimba the Lard Butt Lion can intimidate a movie studio does not mean that he does not suck.