It has happened, my little bloggnats!!! yes, a warm day and windows wide open here at my office. Noisy life is thumping outside, calling squinty-eyed cave dwellers like me out into the wondrous sunshine. 70 degrees and suddenly life is languid again behind last year’s dusty sunglasses. Even though I see on the Weather Channel that snow is coming on Thursday and maybe again next week, I’ll take this false spring day as the dirty snow piles melt away. Ahh, spring sun, the golden gift from God.

But what’s really exciting is I had my first blog hit from Namibia. How weird is that? I had read a book last fall about planned genocides. Namibia was one of those extermination zones where self-righteous German soldiers hunted down and slaughtered the indigenous people of southwest Africa and stole their land and cattle. I’m sure the English would have done the same if they’d had the chance. Genocide is not particular to any people group, though the British were very skilled at it; so were Americans when it came to the pesky Native peoples. Now, my patient blogicianados, I’m sure you are wondering if there is any sort of connection between false spring days and genocides.

I have a personal theory about perfectionism and genocide. It seems innocent enough when someone ( a perfectionist) has high standards and wants others to comply with these noble goals of theirs. The superior minded begin trying to educate the dull witted masses about their superior ways. When they are met with resistance, the superior ones begin punishing the resistors. They change the rules and laws. Resistors and their sympathizers are imprisoned and then executed. It’s a clean, neat, and thorough program. The perfect plan turns into a perfect genocide, because after all of the perfectionists’ pure efforts, the resistors can not be re-educated so they have to be eliminated. The darn Aztecs could not become Spanish Catholics. The nomadic Africans could not get the whole German thing. The Australian aborigines didn’t do well in Victorian society. Solution? Kill them. 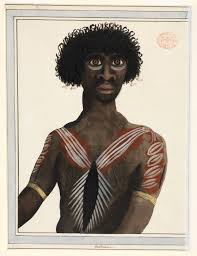 Ahhh, but that’s all history. It’s just short of sultry outside right now. I’m thinking of a beach as each car passes on the main drag across the alleyway. I mentally translate their dull roars into waves breaking on warm sands. Birds are tweeting about. Life is blooming again, except it’s not real yet. Nasty winds and cold are going to whip this watercolor painting into a frozen placemat at the bottom of a trash can by next week. It’s too soon, people. Like 14 year olds in love– no roots, no bark, no strength to endure the savage elements that will follow. Teens tend to be fervently idealistic due to their lack of experience and maturity. They believe in all or nothing choices and resist negotiations and compromises. When you are thoroughly convinced of the moral rectitude of your position, why negotiate or discuss it? Just like the Spanish conquistadors, the Brits around the world, the Germans, the Serbs, the Turks, the U.S. cavalry… they knew better and with absolute certainty. And so they proceeded with absolute arrogance to exterminate resistors to their ideals.

For some reason famous spring storms come to mind, where folks thought winter was over and they were aching for spring. In New York City in 1888, for instance.

With 21 inches of snow falling over a two-day period — the third largest accumulation on record — the blizzard of 1888 hit New York City by surprise at the end of a warm March day (March 11-14). As two storms, one approaching from the south and one from the north, met over the City, heavy precipitation and winds gusting up to almost 75 mph resulted in snowdrifts up to 30 feet high. Roads and highways were blocked, steam train service was suspended, horse-drawn streetcars and taxis halted operations, and ships docked in New York’s harbor.

A New York Central locomotive derailed while attempting to push past snow drifts in the 4th Avenue tunnel, and many commuters were stranded on elevated tracks in unheated cars. It took 14 days for the City to completely recover. The mayor responded in early 1889 by ordering all overhead wires placed underground. At least 200 New Yorkers died. Many froze to death that false spring.

Suddenly it was on them without any warning, no Weather Channel then, and pretty Easter outfits failed to keep them warm as they huddled in doorways and under bridges. Like young impetuous lovers, completely unprepared for what they had walked into, as if love alone would protect them from hypothermia, dehydration, and suffocation… they died. No ideals will not dig you out of an avalanche, kids. Wishing life was different does not make it so.

Now I need the magic trick to pull the genocide rabbit out of the false spring day hat. What are they doing in the same post? If I proceed to plant tomatoes today because it is sunny and 70, I will effectively kill every one of the plants in two days. No force of imposing my will can change this biological fact: tomatoes freeze and die at 32 degrees or lower. They will not produce fruit at temps below 55. To follow my will would only result in some sort of planticide. And yet, this is similar to what educated men did over and over again with the humans they had conquered.

In Central America the Spaniards killed and enslaved indigenous people to extract gold wherever they could. They believed incorrectly in a fantasy city of Cibola, the city of gold. A rumor, a lie, a fable led to real suffering and death of individuals and whole cultures. When lies are taken as truths and truths are seen as lies, bad things happen. People die like tomato plants in sub zero temperatures. Oh, national ideals and religious purities sound so good to the initiated, the chosen and the saved. Whether the dreamers are communists, Crusaders, Taliban, Zulus, Hindus, manifest destiny Yankees, or German nationalists, the outcomes are hauntingly similar. Fields of death and destruction bloom after absolutely lovely ideals erupt.

Quiet, fabulously quiet on the outskirts of a city that claims a million residents. Just me and the dog, Sweet Kermit, walking to the dead end of Pima Farms Drive and then up to the trail head that leads into Saguaro National Forest. No traffic, there’s no place to go. Houses hunkered low to the ground blend into the dusty brown landscape. Each adobe finished house is a muted desert color:  cactus green, sand, putty patina, pale sage,  alabaster, salt, bleached bone, rusted iron, ocher, faded plum. Faint sounds only reinforce the ambient quiet. A dove coos on an overhead powerline. Anonymous birds flit fearlessly in thorny bushes. The crunch of gavel beneath my shoes. Kermit’s excited breathing. Tucson, you are as beautiful as a sleeping baby. Which is why I am here, to hold my sleeping granddaughter as she grows by the hour.

A huge hawk sails overhead soundlessly. Thousands of feet high in the blue sky a fighter jet might as well be a snowflake for all the rumble and shake it does not cause down here. The glorious February sun beats down on my dark tee shirt as an easy breeze blows west to east. I love this vast open saucer surrounded by stark mountains to the east and prickly cactus-covered spires behind me. I feel the urge to get higher, to breathe it all in, to gaze on the splendor that God has wraught here in the desert. There is a palpable spirit here, one that the Native people celebrate by burning sage in a fire at dawn to honor their ancestors. Unfortunately for them the European settlers did not embrace them or their quiet spirit, and moved them to less desirable, more arid lands. The new folks burned their ancestors and celebrated, i.e., expropriated, the sage and the mesquite, the land and the water.

Water is everything in the desert here just as it was in Jesus’ time and place. Just like Psalm 1 says,

1 Blessed is the one who does not walk in step with the wicked or stand in the way that sinners take or sit in the company of mockers, 2 but whose delight is in the law of the Lord, and who meditates on his law day and night. 3 That person is like a tree planted by streams of water, which yields its fruit in season and whose leaf does not wither—     whatever they do prospers.

Water is the universal symbol for life. Along with breath, you have half of what you need to sustain life. Earth and fire, I guess, are the remaining two. I recall a piece of survival literature that showed how long a human can live without oxygen, heat, water, and food. It’s about three– three minutes without oxygen; three hours without a regulated body heat; three days without water; and three weeks without food. Fascinating that survival requires the four prime elements–air, water, fire, and earth (from which we get food). In denying these elements to others, we condemn them to something less than life.

So I wonder about the Native people, when they first encountered the Christian explorers and then settlers… how did it go? Was there respect given and received? Did the first White men in Arizona seek wisdom from the folks who had inhabited this harsh climate for thousands of years? It does not look that way. And did these Christian settlers share Jesus with the Native folks or impose Him with guns, whiskey, and bullets? I’m no historian, but I think the Grand Canyon could not contain all the tears of the Native people of what we call the United States. How ironic that people groups who themselves had fled Europe’s corrupt aristocracies and state religions would deny Native people their culture, their faith, and their lands. And the descendants of these settlers repeat their forefathers’ sins by denying modern immigrants any shelter, food, water or air. Human nature has not changed much if at all since the time of the Old Testament prophets, so it seems to me. I’m pretty sure that if Jesus had been the first non-native person in the Southwest, there would be a lot more sage smoke at dawn and a lot more love among the cacti today.

Today as Tea Party Rightists rage on in paranoid frenzy and knee-jerky legislators push for guns in teachers’ hands, I wonder why we can’t just enjoy the silence together. There is beauty and truth in abundance outside this solar kissed city. Breathe it in, again and again.  May my children’s children and yours yield their fruits in season, never wither, and always prosper.