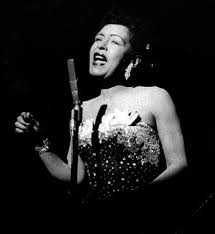 Admit it: if you heard her on The Voice, you’d wonder how Billie Holiday got past security. Weak, thin, even post-nasal drippish. And yet haunting, tender, and forlorn. Ghostly. How to describe this oddly desirable quality?  It’s as if she started with a rich, deep red oil painted voice and then added paint thinner until a bloody vocal jellyfish floated to the surface of the Dead Sea . Plush red velvety tones are certainly nice and comforting, but Billie Holiday’s smokily transparent vocals always seemed to open up a tortured soul on the other side of a pane of glass, trying not so much to escape as to be witnessed. “Listen. Validate my anguish, my longing, my devastation. Don’t leave me.”  Her songs were like prepared slides you’d examine in biology class… “Homo sapiens in extremis”. If Neil Young were a Black woman torch singer without bushy sideburns, yeah, he’d be Billie Holiday. Just imagine Neil singing “All of Me, Southern Man, Why not take all of me? better keep your head”. 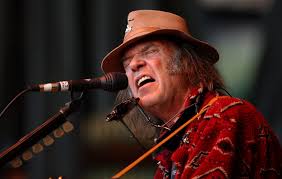 Hmmmm. Come to think of  it, why not a race relations remix from two tortured souls?

Well, that’s not a magic trick or someone playing possum. “Look at this stuff!” they cry out like belt sanders on stained wood. Don’t smooth it over with faint allusions and a lovely melody. No, make it brutally unforgettable because that’s what it was.  Cleanse the grotesque scar on the shoulder blade of American justice, where the whiplash ripped through sweaty flesh. Staunch the bloody welts around the ribcage of Christian decency. Our high school history books have had their eyes gouged out on this subject of summary justice. A million tongues didn’t need to be cut out to silence the public outcry that did not come. The crimes by themselves were horrendous enough, but the lack of any legal accountability still simmers in our collective consciousness. At least the Nazis had the Nuremburg trials. Have you ever heard of a lynching trial in U.S. history? There have been a few that were even more insulting to honesty than the lynchings. Look up Sheriff Shipp in Chattanooga, for example, in the lynching of Ed Johnson. Google “Travesty”. Google “I know why we must kill the mockingbird”. Google “Pathetic”.

“Following the murder, President Roosevelt made it his goal to have the members of the mob put in jail by getting the secret service men in on the investigation.[3] Sheriff Joseph Shipp, who had arrested Johnson, was found guilty of contempt of court in United States v. Shipp, the only criminal trial ever held by the United States Supreme Court.

Johnson while in jail, made a Christian profession and was baptized. He publicly forgave those who were about to kill him. On Johnson’s tombstone are his final words “God Bless you all. I AM A Innocent Man.” at the top. On the bottom is written “Blessed are the dead that die in the Lord”‘.  (Wikipedia)

Another innocent man was put to death by a mob and forgave his murderers before they crucified him. That would be Jesus in A.D. 33. But there is more.

“Johnson was murdered on the evening of March 19. A group of men entered the virtually unguarded jail between 8:30 and 9:00 pm and broke through a door using an ax and a sledgehammer, which took over an hour. They then took Johnson to the nearby Walnut Street Bridge, and hanged him with a rope hung over a beam. Around a dozen men, believed to be Sheriff Joseph Shipp and some of his deputies, were actively involved in the lynching, while more spectators gathered around the jail and followed to the bridge.[12][13] The measure was to act as a deterrent to the city’s blacks that resided on the opposite side of the bridge who walked the Walnut Street Bridge daily to go to and from their jobs in the downtown Chattanooga area.” (Wikipedia)

This incident and 61 other lynchings of Blacks occurred in 1906 in the U.S.A. A  banner year for lynching in our country.  Strange Fruit was written in 1937. Southern Man was recorded in 1970. I’m sure there are more recent updates of racial tensions since then. Livin’ Just Enough for the City by Stevie Wonder comes to mind. Certainly there are many more over the past 40 years or so. It’s not like the problem has evaporated.

In any event, what needs to be lynched? Racism, injustice, hatred, bigotry, racial supremacy nonsense, religious intolerance, sexism, and much more. The grandfather of all these vermin offspring is the King Rat,  Ignorance. His first lieutenant is Pride. Together they have honed a double-edged machete throughout history which has cut tribe from tribe and nation from nation as easily as cutting a head from a neck.