I don’t like politics and politicians in general. Whether they are lefties who want to expand government and make the world politically correct at all times for all people or they are righties who need another tax cut while contracting the parts of government that don’t enrich them, I am generally disgusted by their self promotion. Plus, they can never answer a straight forward yes/no question.  It’s always an exercise in CYA. But on top of all these disgusting hacksters there is the supreme narcissist, the gopher pelted, angry, rude, hostile Donald Trump, who lacks a filter of any sort. He is like the diesel pick up truck that billows clouds of black smoke from an oversized exhaust pipe with a sexually suggestive bumper sticker on its tail gate. Essentially these overblown high maintenance idiots are compensating for some major deficit in their lives, but their egos are so inflated that they cannot face the possibility that they are responsible for their own problems. Nope, gotta find someone to blame– immigrants, gays, Islamists, Democrats, POWs, the Chambers of Commerce, the media, the Pope. The problem cannot be in the mirror. So they just keep on blowing smoke. Which brings me to the Donald who would be king. I don’t believe he wants to be president any more than Robert Mugabe wanted to be president. At least not in the USA. Maybe there is room for him in an African nation. I get the sense that Sir Ronald the Mc Donald wants to be Dictator for Life and King of Scotland, like some Idi Amin fantasy.

You see, in an American style democracy there is a supposed to be a balance of power among the three branches of government. However, since the Donald has to be the smartest, richest, smuggest moron in the room, there is no oxygen left for anyone else to breathe. So in a Trump presidency we’d have to close Congress, shut down the press, and send the courts home till he died. Why?  Because the Donald will take care of all things all the time. Like a Roman emperor/dictator. “Believe me, I have negotiated with the toughest negotiators on the planet and I’ve won. Now they work for me. Do you know how rich I am?”

So why are we bothering? No sane person could possibly consider the Donald for anything other than a circus, which maybe is what the bigger political picture is. If we are ready to blow up our fragile democracy, then let’s all vote for the Narcissus Maximus Trumpus. He can reinstitute the gladiator fights at RFK stadium, and when the tired ones fall, the Donald can hold his thumb up or down, “You’re fired!” the hordes can all shout as the defeated warrior is cut into shish kabob chunks for the lions to  snack upon.

Some obvious questions  arise when we consider electing Donald as our Emperor Divine for life. Who would be vice emperor?  Certainly we would not need one because the Donald is all powerful and eternal, just ask him. We would, however, need a new government Department of Admiration, which would essentially be a 1,000 woman harem who had graduated from the Trump University of Cosmetic Lobotomies and Idol Worship. They could be housed in the empty Congress building. Who would be able to tell the difference between these ladies and the ones currently “working” there?

The White House would have to be demolished since it is far too small for such a large man. Emperor Donald could move into the Pentagon, the largest office building in the world, after a proper makeover, mostly triumphal arches wide enough for his chariot themed limos to drive through. At the same time the Secret Service would need to be grown by ten thousand percent because there is such an important man to protect now, a man who doesn’t sleep and never shuts up. A man who has alienated even retired nuns who have taken vows of silence and perpetual peace… who are buying guns at record levels. Who doesn’t want to shoot him?

With the Donald as our reigning Divine Emperor of All Things we could finally rename the Redskins to something more politically palatable. I mean, the Donald did own the defunct New Jersey Generals. Let’s see, the Washington Donalds, the Trumpettes, the Toupees, the Emperoritas, the Ignoramuses, the Blowhards, or the Pompous Asses. Maybe we should just ask Donald, since voting will be outlawed by then. 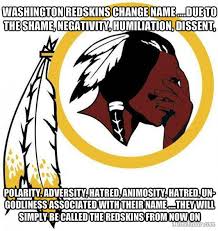 Donald’s Divinity will be good for tourism also, once he has remodeled. The Washington Mall will need to be redone. The Trump Temple will rise above the Washington Monument, which will function like a speedometer needle pointing to the vortex of Donald’s inflated shrine to self. “Oh the humanity!”, cried the radio announcer when the Hindenburg exploded. Oh, if we could be so lucky and Emperor Donald could self combust from his own bombast blasts.

But I suspect that the Donald will do just that. He is the propane filled Mothra drawn to the flame of  public attention. His inflammatory rhetoric will be ignited by static electric shock from his frizzled coiffure and Boom!! 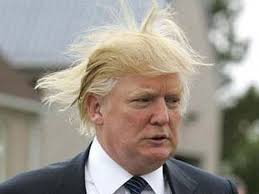 I’m-a through with ignorance, I’m a-through with self love
I’m through with polling this clown above
And here’s the reason that I’m so free
My arrogant Donald is gone, you see.”

“The problem is this:  you live in a world of imperfect people. No one is smart enough or drives well enough or talks fast enough to suit you. And you are entitled to a reality that suits your needs. Heck, you’re what?  13 now. You are completely able to make adult decisions because of your superior IQ. Is that what you are telling me?”

“Yeah, my parents just don’t get it. They are slipping behind my abilities. I feel like they are skiing behind my speedboat and I have to pull them along, but really, they’re just slowing me down. My mom doesn’t understand, no, can’t understand quantum physics like I do. I’ve told her once what it’s about, broken symmetry and entropy and stuff. Her eyes glazed over and she kept having to say ‘What?’ It’s annoying!!”

“Mmmhmmm. It’s a form of rudeness and disrespect to your superior abilities, and yet you still need her to drop you off and pick you up from sports camps and school functions.”

“Yeah, and she’s always on her phone. I can’t stand that. Distracted drivers are now the number one cause of fatal car crashes.” 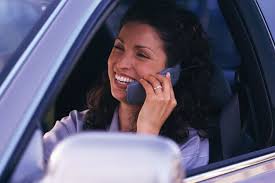 “Yeah, I saw that on Facebook. Now when you drive, how will you do it?”

“In-tell-I-gent-ly.  If you use your native intelligence to full potential, well, it’s not that hard. Driving requires less than one per cent of your available brain power.”

“But what about all the other drivers who are not as gifted as you?”

“That’s a problem. I think you ought to have a minimum IQ to get a driver’s license. Only smart people should be allowed to drive. It’s stupid to let stupid people drive on the same roads with lawyers, surgeons, judges, and CEO’s of cutting edge tech firms. If one of these leaders is killed by a moron, that’s a huge loss. If a moron head-ons another moron, no loss.”

“Because low IQ folks bring no value to society, right?”

“Absolutely. They are here to be ruled. If you can’t compete, you sit the bench or sweep the floor. Not everyone can be a starter. Those are facts.”

“So, it’s hard for you to be surrounded by imperfect people, huh?”

“You have no idea. I’m in the 99th percentile in achievement tests I take. I’m smarter than a lot of my teachers. It pisses them off,  so like, they’ll try to catch me not paying attention and ask me a question.  Wrong!  I can multitask. So their little traps backfire on them and they get pissed that I beat them at their own game. So then they change the storyline to manners and arrogance and disrespect crap. It’s unscientific and subjective. But it doesn’t matter. Same as my parents: They make the rules for now, but don’t expect me to respect stupid people.”

“So what do you think the per cents are for smart people like you?”

“Must be lonely up there.”

“Sure is. You can find a dumb person in a second. Finding an exceptionally smart friend is next to impossible.” 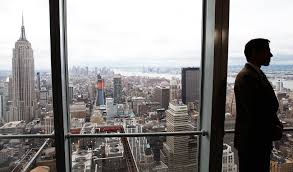 “So your friends are not your intellectual equals?”

“No, I mean I like them and all, but they are pretty dumb. They do stupid things and we laugh, but they don’t get the deeper issues of life either.”

“How about finding a girlfriend? If you struggle with your mother’s level of intelligence, and she is an accomplished professional by the way, how do you think dating or marriage is going to be?”

“Uh, she needs to be smart and good looking and ambitious. I mean, I’ll be making six or seven figures and living the cool life, so she’ll have to be okay with my choices. I don’t want a dumb chick who will make me look bad, ya know?”

“You are pretty sure of yourself.”

“It’s easy to be confident if you have the smarts and talent to back it up. Okay, so like in baseball, I’m on base a lot and score most of our team’s runs. In basketball I’m usually the leading scorer. So if I plan on being a neurosurgeon, why would it be any different?”

“I don’t know. I’m wondering how you’ll interact with dumb patients and nurses and other professionals who don’t measure up, though.”

“I think that they will be so glad for my expertise that they will spare me their pettiness. At least I hope they will. In any event I will be at the top of the food chain, so I can call the shots for the most part.”

“Yeah, like a polar bear or an eagle or a lion. The king of the jungle. You’ll be the king pin.” 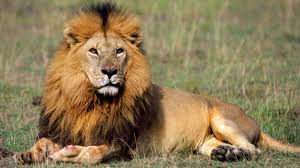 “Someone has to be at the top. Talent and IQ rule. Cream rises, right?”

“Oh yeah, and milk just sits there. Not to mention skim milk.”

“So, do you have a diagnosis for me? My parents said something about a narcissistic personality? Is that even a diagnosis? Plus, my friends are dying to know.”

“Yes, it is. It encompasses a sort of fixed personality, a set of beliefs about oneself, that you are special even if there is no evidence. Narcissists lack empathy. They believe they are entitled to preferential treatment and should be treated deferentially. But that’s not you. No sir.” 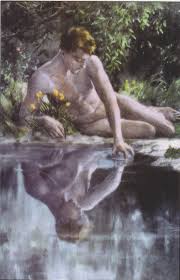 “So do I have a diagnosis? I mean I don’t want to waste my time in therapy if I don’t have some incredible set of issues, ya know?”

“Oh, yes. I get it. And I’ve thought about your condition long and hard. Aside from being here to guide your parents and peers, I think your issue is that you are surrounded by imperfect people.”

“Absolutely. It sucks. Forrest Gump was a good movie but not in real life. I want smart people who think and act like I do.”

“Exactly. That’s why I’m diagnosing you with imperfect people disorder.”