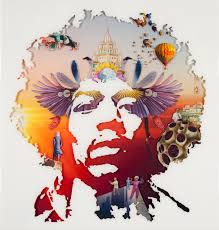 I had an intense nightmare last night. I was being chased by FBI agents while running through my old geographic area, Alexandria, Virginia, with Jimi Hendrix. Jimi was wearing a bright yellow embroidered suede jacket over purple corduroy pants and blood red boots. He had his afro pulled back into a frizzy, semi- dreadlocked mullet, held in place by a shiny moss paisley bandana. No hat. He did not talk to me as we ran from car trunk to alleyway to open streets, ignoring traffic signs. I recall being jammed up where a street dead-ended into an alley and a garbage truck was picking up a dumpster. Panic rose in my belly as I realized then that we had to walk out in the open park pathways while a traitorous informant who had never heard Jimi’s music ratted out our location to J. Edgar Hoover, curiously long dead. Jimi breathed quietly through his nose, unperturbed.

I looked in all four compass directions, scanning for uniformed cops or undercover guys in detective gear. My heart was racing. I had no idea why we were being pursued, especially since Jimi had been dead for so long. But you know how dreams go, there is no logic to them, just a racing visual documentation of methamphetamine intensity. I know I kept thinking that we needed to get into the woods across the street from my childhood home. We’d be safe there for a while. I knew we could hide in those familiar old overgrown woods. 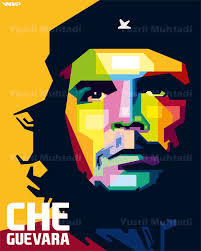 Running with Jimi Hedrix is not an easy thing to pull off in broad daylight. He’s an iconic figure who is easily recognized even by folks who have never heard his music. Like Che Guevara. I never heard one of Che’s songs, but I could pick him out in a police line up in the 1960’s. A handsome totalitarian, murderous Marxist rascal, he was perhaps the polar opposite of Jimi, the love machine. “Peace baby.”  Che’s face emblazons many a tee shirt today just like Jimi’s does. Overlap. Boom! I awoke when my real life dog whimpered to go out and pee at 3:00 a.m. My heart was fluttering. I could not forget the stroboscopic scenes in my mind. I felt a sociocultural duty to save Jimi. I let Johnny the dog out in the darkness, trying not to confuse the unconscious with the semi-conscious. 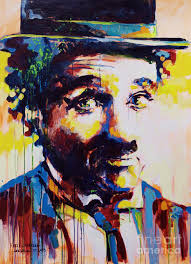 Now how does one get into such a psychological pickle jar, dodging sweet gherkins and dill chips, pearl onions and bits of garlic while swimming through greenish vinegar?  (I went to the bathroom also. I know what you’re thinking.) I wonder about Freud and his cocaine use at times like these. I tried to reconstruct my recent history to uncover links to the bizarre narrative of my dream. I had been watching the movie Chaplin the other night. It was very well done; Robert Downey, Jr. did a heck of a job portraying Charlie Chaplin. There was the political back story of J. Edgar Hoover who set out to ruin Chaplin and anyone who was not a pure American, whatever that may be. And in some odd way, Chaplin’s Tramp is a comic-tragic iconic figure like Jimi. The ugly, fear-gorged Americans in Chaplin’s day made him out to be a communist Jew. He was neither. They were just rabidly stupid. Jimi was viewed as trouble too, I think. If anyone scared the conservative silent majority of Richard Nixon’s imagination, it was Jimi “Burn Your Guitar” Hendrix. Like Chaplin he was a sex hound, I think. So there is sufficient overlap between Hendrix and Chaplin for my dream. 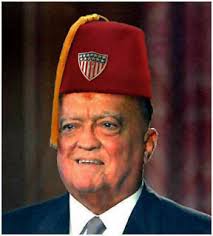 And then I ingested an hour of CNN overcoverage of the bomb blasts in Boston last night before going to bed. All those swarming bodies shifting from exultation to disaster in a split second. Runners lost their footing and the limelight as two explosions took center stage. Cops turned into runners, their focus switching from the sprinters in front of them to the splinters behind the police barricade. In the blink of an eye terrorism visited the U.S. again. And a corps of reporters larger than the entire Homeland Security and CIA combined began their smothering overage, saying the same damn things over and over. Interviewing new faces and officials who said the same thing over and over and over. 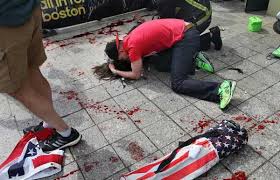 Perhaps that is where my tired brain left reality and went to sleep for some rest. And lo’, what awaited me in dreams?  A Jimi Hendrix/ Charlie Chaplin/ Richard Nixon/ Che Guevara/J. Edgar Hoover marathon chase. The Tramp was a lovable rascal who was always in trouble, chased by cops or immigration officials, child services officials or landlords. He was anti-authority in a good way, since Authority in Chaplin’s films was always fat and pompous, easy to hate. Without words every gesture had to be exaggerated. Now it seems audiences want nuanced close ups and lots of yakking. My dream had no words, not one. However, if I ever make a soundtrack for this dream, I’ll be sure to include Crosstown Traffic….”so hard to get through to you“. And All Along the Watchtower…”two FBI riders were approaching, and the wind began to howl”. And The Wind Cries Mary...
“The traffic lights they turn up blue tomorrow
And shine their emptiness down on my bed
The tiny island sags downstream
‘Cause the life that lived is, is dead
And the wind screams Mary “

And finally, Fire…“ I have only one burning desire, let me stand next to your fire“.

Good night, Jimi Hendrix. Let the cat out and turn off the television, man. Peace out.