Unless it’s a snapping turtle, they aren’t intimidating. They are slow and almost helplessly defensive; they retreat into their shells when danger approaches. They close up like an elevator door with a low whoosh as they exhale. In come the legs and tail. Nothing hangs out for a predator to nibble on. They are reptiles, as I’m sure you know. So there is no mammalian warmth possible from even the cutest of turtles. Nor can  you get milk from a healthy pregnant female. I like most turtles, especially the small ones that you can pick up and investigate closely. Big tortoises are cool, as are mature sea turtles, but you can’t easily get next to these creatures. Something about turtles is prehistoric, dinosauric if I may say so.

No matter, you can’t get milk from a turtle. I tell some of my stuck clients this odd advice. It’s up there with “You are not a duck”. Quite often I have clients who want what they cannot get from another person– spouse, parent, child, friend, boss, employee, etc. They try and try to get what it is they want or believe they need– a compliment, deep intimacy, respect, a promotion, work ethic, or something else that is not present… but should be. These folks get so hung up on what should be, i.e., their expectations of the other person, that they can’t see the forest for the trees. They lose perspective. To grab their attention and burn an image into their brains, I ask, “When are you gonna stop trying to get milk from a turtle?”

“What do you mean?” is the usual response. So I explain.

“Turtles don’t give milk, no matter how hard you try.”

“Okay, but if your partner were a turtle, you’d send him cards or feed him grass or play nice music or clean his cage… all in the hope of getting him to give you milk.  You can moo and graze and watch videos about cows, but that turtle is never gonna give you milk, even if you strap on a set of artificial udders.”

“Right, and he’s had six years or is it sixteen to figure out how to give milk. How much milk have you gained?”

“I know and I  hate you for making me see this truth.”

“Thanks for peeing in my corn flakes, doc.”

“No additional charge, my friend. It’s just what I do.”

And so it goes time and again. Insight comes from sharp pain. Wisdom comes from cords of splinters under your skin.

When soda machines and public phone booths were common sights, I used to allude to the guy in the alley at the Coke machine. I approached him one night as he kicked and punched the soda machine while cursing it and calling it everything but a Coke machine. I said, “Whoa, Buddy, what’s going on here?”

He replied, “Dang stupid possum scum took my dollar and didn’t give me a Coke.”

I inquired further, “When did this happen?”

He said, “About six months ago.”

At which point I noticed the machine was not even plugged in.

Naturally my clients ask, “Did that really happen?” My conscience compels me to be honest. “No, but you get the point, right? If you’re still kicking the Coke machine, after a while the problem is not the machine’s.”

“Okay, doc. I don’t want to be that stupid guy. You know, for a minute, you had me going.”

Then there are my feathered friends. Once I had a lovely young lady client who was so confounded and disillusioned that she made bad choices that brought her into my office. She seemed determined in her belief that she was unlovable, doomed, and irredeemable. Despite some impressive achievements in academics and sports, she felt no real value for herself. It was a hard sell for me to reflect her beauty, truth, and worth back to her. I suspect she feared a landslide or an avalanche of crushing consequences if she accepted the first grain of my truth.

We got along quite well. I sensed she needed more fathering and endorsement in her young life. One day I told her, “You know what your problem is?” 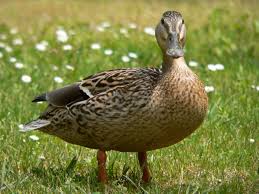 “What is that supposed to mean?”

“Well, do you know the story of the Ugly Duckling?”  Shockingly she did not. “Oh my gosh. Uh, this bird is picked at, ridiculed even, and develops low duck esteem because it is not as pretty and developed as the ducks around it, you see. It is cast off and has to eat alone, full of little bird angst and pain. Until one day it sees these glorious big birds gracefully glide onto the pond’s surface. These regal birds come to the Ugly Duckling and recognize it as one of their own. Turns out that this bird was not a duck but a baby swan. A cygnet. And that is your problem: you are a swan who is trying to be a duck.”

A funny half smile/ half sob developed on her lovely young face. Tears mixed with honey and vinegar welled in her rims. Something in that childhood story touched the child in her. “I’m a swan,” she whispered to herself.

Over the next few months we had a few emails back and forth. I knew she was healed when she signed off, “The Swan”.