It finally got here, sum-sum-summertime. And how glorious these first few days of June have been– crisp, clear, perfumed with honeysuckle and fresh cut grass, and all the various trees in fragrant flower. The glacial ice of my marrow is melting unconsciously, just as it had dried and frozen in December. Tension grew in all my cold muscles and achy joints as I clenched up in the long cold months of winter. But now the days are like cream cheese and butter oozing across a toasted bagel, seeping into every pore, healing the squinty-eyed mood moles hidden within. Hold that thought, bloggums: now slather some freshly made strawberry jam all over it. Man! That is exactly what I’m talking about. The simple delights of daily desires quenched. Fire engine red poppies the size of grapefruit halves are standing proudly outside my sunroom windows facing south. No wonder opium is magical; the poppy flower in bloom is a fantasy on a tall stalk all by itself… half balloons pulling themselves high above the garden’s gravity. The fish pond waterfall  behind them gurgles out a call of nature, water music accented by the many birds that happily chirp around our yard. There’s a purple martin sipping a, well, a martini, of course. Awesome. Ohhhh, feel the mountain of tension slide off your shoulders, my tired blog miners. Summer has come like a cold draft beer to our parched senses…aaahhhh!

No, that’s not a picture of my fish pond, but it’s close. Mine is bigger and clogged with maple helicopter pods at the moment. Who cares? It’s summertime and the living is easy. I’ll clean it before you visit. Okay?  So the sun seems to provide psychic energy all around, don’t you think? Not only does photosynthesis stir up the greenery, but something like psycho-synthesis stirs in humans throughout the summer. They get more sensually connected by spending extra time in nature. They sweat away toxins. And happiness shows up like a gold finch or a hummingbird one warm morning. You can’t help but smile at these glorious creatures and their beautiful busyness. They make frenetic two year olds look lethargic. Joy rises as surely as a poised iris in June…magically. 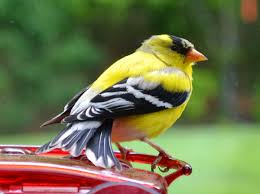 Just articulating these summery things causes my guts to untwist while all the little muscles in my face relax. Deep breathing feels right now and not at all forced. Inflammation deflames somehow. It’s not scientific but beatific. Feeling blessed. There’s a major difference between feeling blessed and feeling happy. Happy just happens. It’s root is hap, or luck.  Blessed implies a Blesser and a relationship; it’s no accident to be blessed or anointed. Imagine walking down the street and finding a hundred dollar bill under your shoe. That’s luck or hap. Now imagine a lovely card with a hundred dollar gift in it from a loved one. That’s a selected, intentional blessing. “I was thinking of you on your graduation, birthday, anniversary.” Naturally you react differently to these two scenarios. The expression “Even a blind pig finds an acorn now and then” reflects luck or happenness. However, if you feed your beloved pot belly pig totally organic Asian red oak acorns from your sanitized hand, well, that’s a swine blessing. Don’t do this at home by the way without diapers on. And look under your shoes. See any Benjamins?

Ben looks so dour in his dandy puffy pirate shirt. He could use a double shot of summer’s tonic. He needs to shed some layers, maybe shave his head bald for the season. Wax it.  Tan. Get an earring. Start surfing, Dude. Flow like David Crosby. There you go. 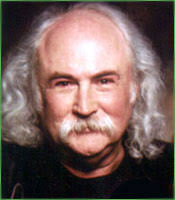 Just flow. “I almost cut my hair… but I didn’t and I wonder why, may be I feel like letting my freak flag fly.” Freaky!

Okay, enough non-filtering about. I have a season to paint like Monet. Hey, how about this one? It’s a beauty.

Words don’t do such a painting justice anymore than words capture music, but that’s all I’ve got to offer, blogsmiths. Exotic colors explode in the light better than consonants can explode into mental concepts in one’s neocortex without hallucinogenic flares. Other parts of the brain process color and music, which is only right, far from accounting and bookkeeping functions. And that’s what summer continues to pulse out at us weary humans– colors, warmth, textures, tastes, sounds, smells and sensuality that have lain dormant since last fall. Out they come, not frozen and merely defrosted, no. It’s all fresh produce. So let the bullfrogs croak like lusty blokes. Let the crickets chirrup their little clarinets. Let the neon lightning bugs blush bashfully in humid air. Let the cicadas ge-ge-ge-get going like they da-da-da-do. Big copper moons will rise in the eastern night skies and set like fried cheese by the early morning light. Let wonder wash over us again and again.

I fully realize that my style of writing is associative and tangential, vinelike  with a cornucopia of images at each tendril. Such growth can easily get out of control and require an editor to prune back the verbiage… come fall, perhaps, but not today. My kiwi licorice limbs are reaching out for support, clinging even to one another in their urgency to thrive before they helplessly collapse. When I was younger I didn’t even possess this much discipline and often drove my sentences into mineshafts and off cliffs while trying to capture elusive moments, feelings, and epiphanies. My artless word bouquets often drooped and decayed without direction or notice. I’m not so sure it’s any different today, I just lack the worry about others’ approval now, which is freeing. I hate having to explain myself to folks who can’t get it to begin with.

So let me finish with a big crescendo, bloggles. In the beginning was summer, and it was good and pure like childhood. And the rest of our lives are spent returning there. 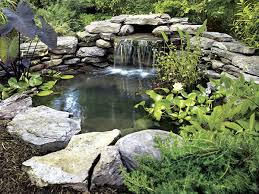