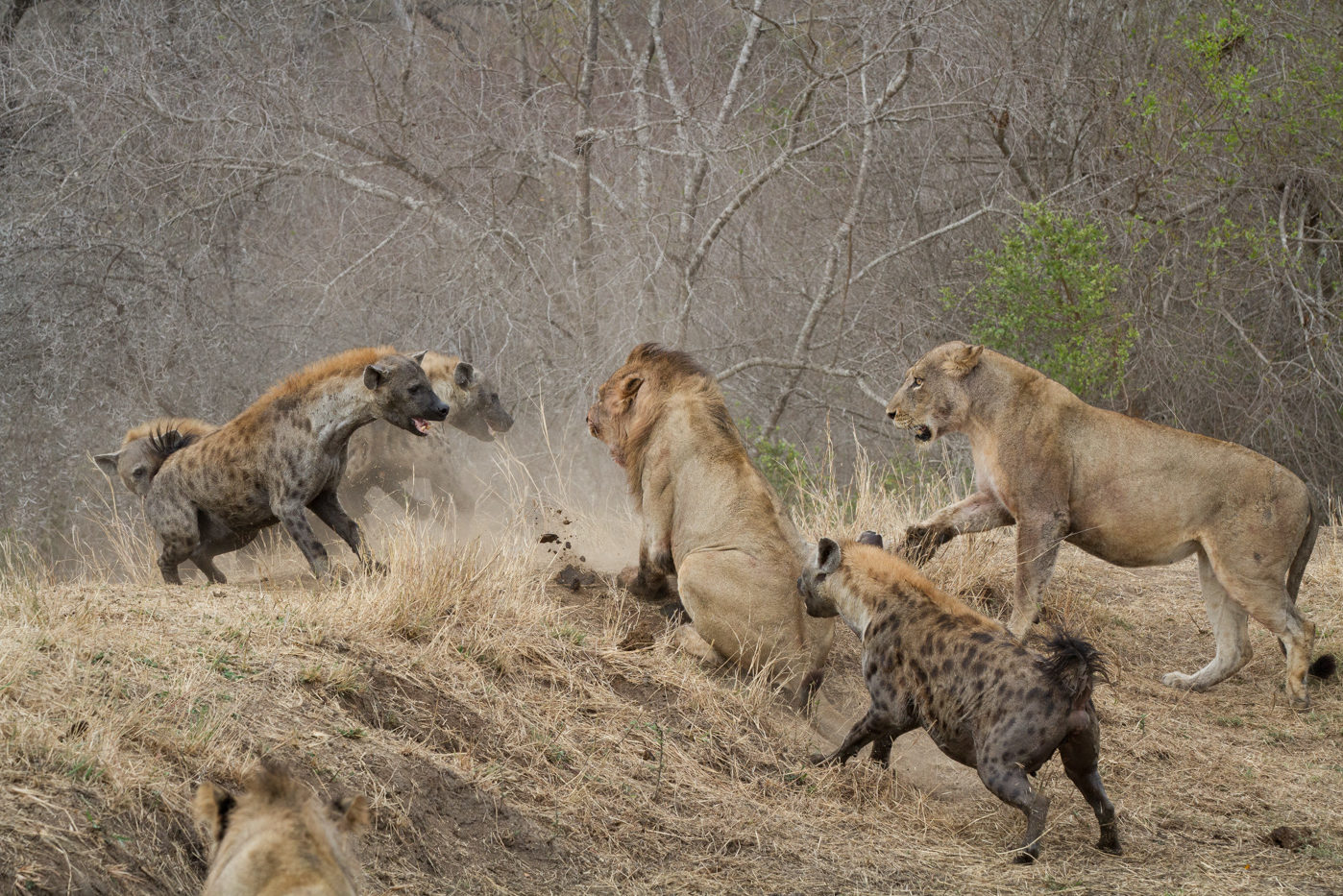 “So I was having this polite and civilized discussion with two conservative friends of mine on Facebook last week, you know? And it was pretty intellectual but respectful and responsible, sort of a debate/discussion about the power and responsibility of the state to exercise this stay at home order. It’s complicated. I suggested that if we err, then it should be on the side of caution. My two friends made some very valid points against the lock down. In the end we agreed to disagree and said good bye. Well, not two minutes later a now no longer close friend of mine jumped in on my feed and lambasted my debate points. His tone was hostile as he threw me in with Dems and socialists and totalitarianism. It was stunning, really, shocking to me.”

“Yeah, that’s Facebook, man. It’s a bad neighborhood to visit. Total strangers will jump you and tear at you mercilessly like a pack of rabid hyenas.”

“Oh yeah!  That’s exactly what happened next. Two or three total strangers started to curse me. So now I’m a ‘liberal POS Dem commie scumbag traitor’. It was a dog pile and I was on the bottom. I was concussed by the attack.” 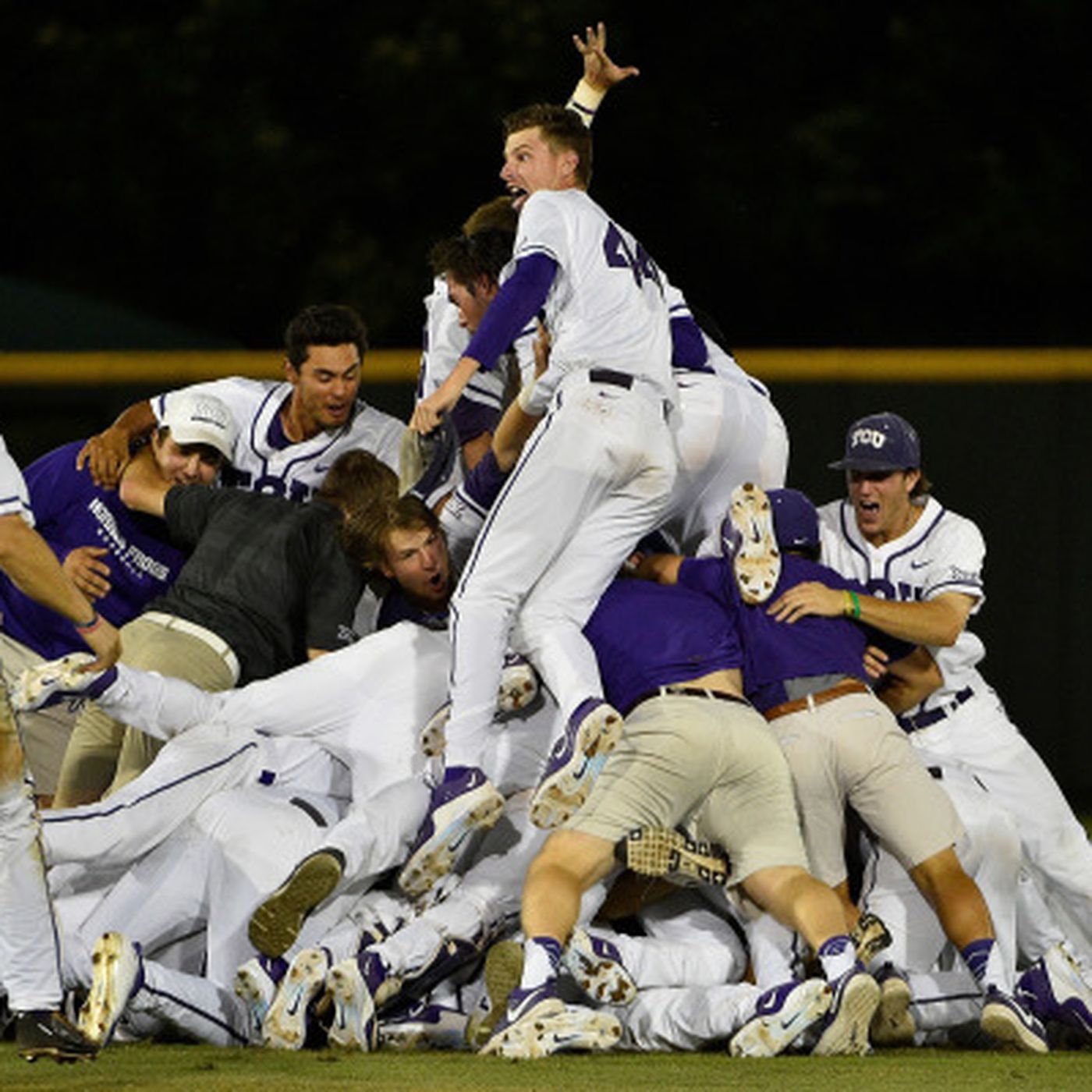 “Yep, wild dogs nipping at your virtual legs and throat. And let me guess: they did not pursue the issue; they pursued your character.”

“Yes! Shamelessly. Don’t they know you can trace them?  I mean the one guy is a local businessman with two young kids. What if I drove to his house and read his words to him in person? You know, called him out on his front porch.”

“Don’t. These internet idjiots are usually armed also, turning any argument into gun control and Second Amendment rights. Castle doctrine. Citizens arrest. With Tyranny and Just Us for all.”

“Oh my goodness! You’re right… the one guy jumped on me with NRA talking points when I said you couldn’t shoot the virus. He accused me of wanting to take his gun rights away, and I’m a pussy and… it was awful!” “Dell, look at me. Is this the face of shock? Surprise? Apallment? Agitation? Thunderstruckness?”

“Nope. Social media is a minefield littered with mouse traps and pits filled with sharp sticks to kill the unwary travelers.”

“But this is so depressing. What ever happened to civil discourse and shared ideas in the marketplace? I’m all for Free Speech, but their speech isn’t free; it’s trapped in debt to hate and fear and conspiracies.”

“It’s basically a bunch of emotional ranting that gets personal in a split second.”

“And this doesn’t concern or upset you?” 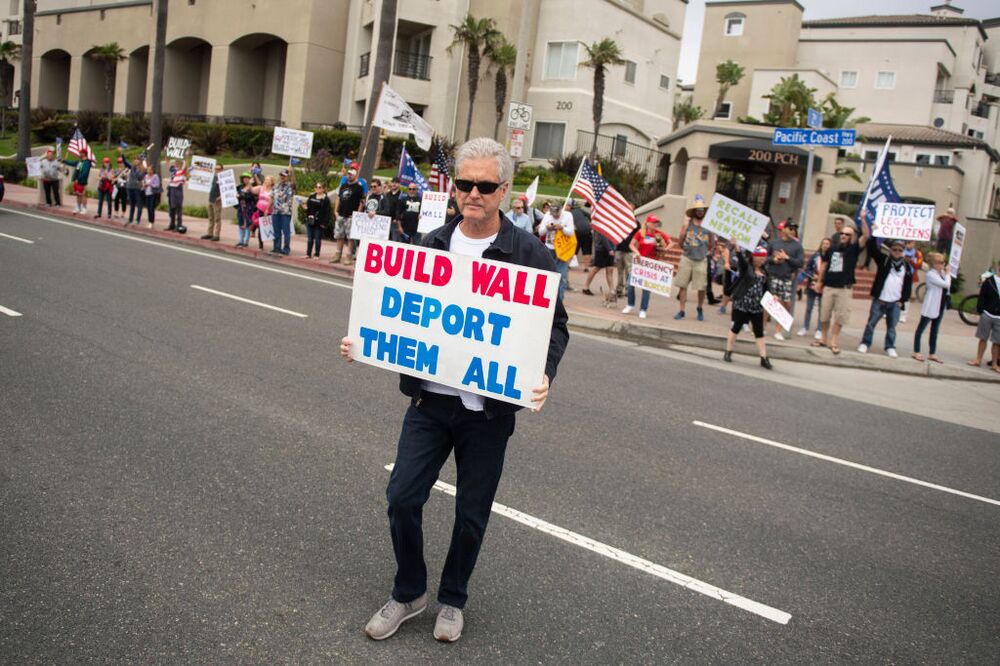 “Okay, let me quote Wikipedia for a second… Ad hominem (Latin for ‘to the person’), short for argumentum ad hominem, is a term that is applied to several different types of arguments, most of which are fallacious. Typically it refers to a fallacious argumentative strategy whereby genuine discussion of the topic at hand is avoided by instead attacking the character, motive, or other attribute of the person making the argument, or persons associated with the argument, rather than attacking the substance of the argument itself. “ 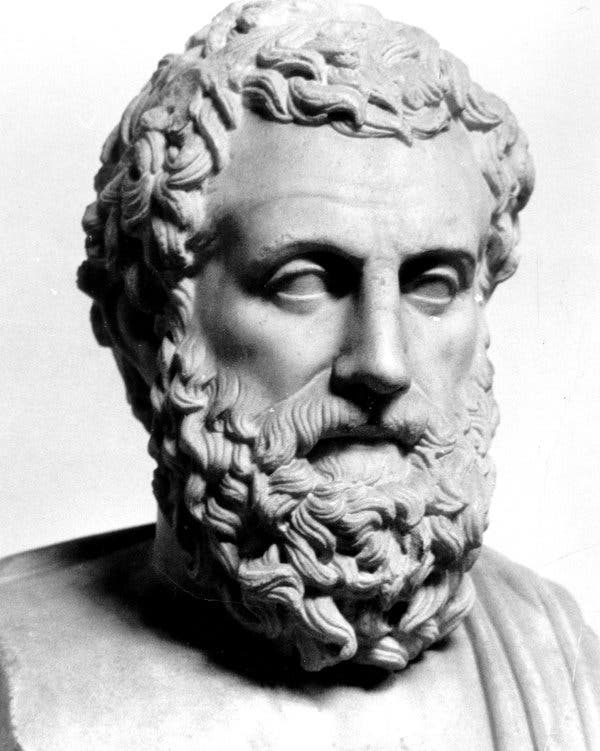 “That’s a mouthful, for sure. Ad hominem, huh? Going after the person instead of the argument. Precisely, Sherlock. That’s what these people do but why?”

“It’s easier. If you can’t fit the ideology on a ball cap, then it’s too complex. Your FB convo bombers could not engage in the intelligent dialogue you were having so they brought it down to  their level, street talk, vulgarity and profanity, hostility and threats.”

“Oh my God! Were you there? It was like, I don’t know, maybe recess in third grade. A bully and his sidekicks took the ball to show their power.”

“Dell, they also took the ball to disguise the fact that they weren’t good at sports. You see in sports you have to take turns and follow rules of the game, give and take, cooperate, work as a team.”

“I  never thought of that… right again, my friend. Why couldn’t I see that? Now that I’m focused, I can see the same bullies pushing kids into the pool. But the bullies never swam or played Marco Polo or any group games. They came to intimidate those of us who were having a good time to cover up their inadequacies. Oh my… this is a big insight, Burrito Man. I can’t quite take it all in.” 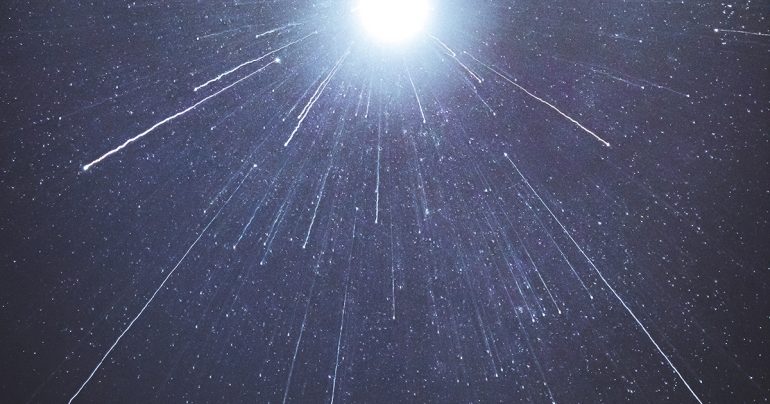 “Okay. We have the diagnosis but not the cure.”

“What do you mean? Can’t we just point out the fallacy of the ad hominem argument to these hyenas and then… oh, I see.  They are still hyenas and won’t get it, will they?”

“But this is serious. Our country is drowning in a septic tank and we have to do something!”

“Right. And what do you propose?” 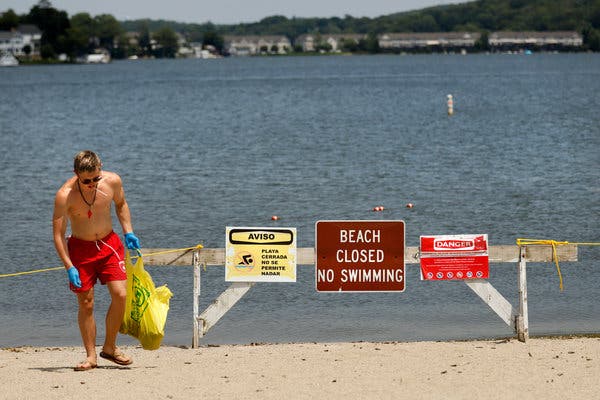 “In our day we marched for civil rights and against the war in Vietnam. And then for women’s rights and gay rights.”

“Progress was made, a lot of progress.”

“Because of marches or because of court decisions?”

“Both. I think the marches forced action by the Supreme Court and Congress.” 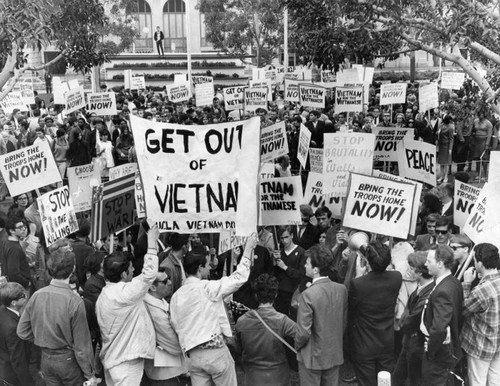 “Dell, where do you think all the racists, misogynists, homophobes, xenophobes, and generic Neanderthal idiots went?”

“How many of them do you think woke up one day and said, ‘Aha, now I see the error of my ways. Slavery was bad. Women are equal. Gay rights are human rights.’?” 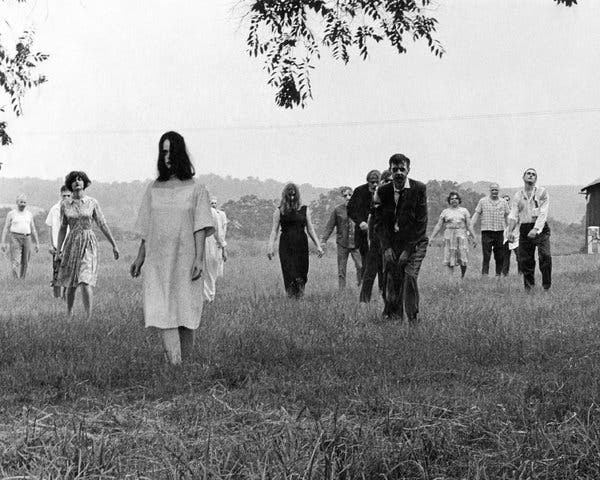 “Yeah, damn few. I believe most burrowed underground like a fifty year locust, and now that their queen bee locust is ripping and snorting on Twitter, it’s time for them to crawl out and devour the verdant fields before them. Trump didn’t make them; they made Trump. He just legitimized their hatred.When he showed up bigly, they re-cognized him. In other words, they already knew his words and dog whistle codes. He just put on the old records to jog their wicked dance memories. Countries in decline always throw a rooster tyrant up rather than admit their impotence.” 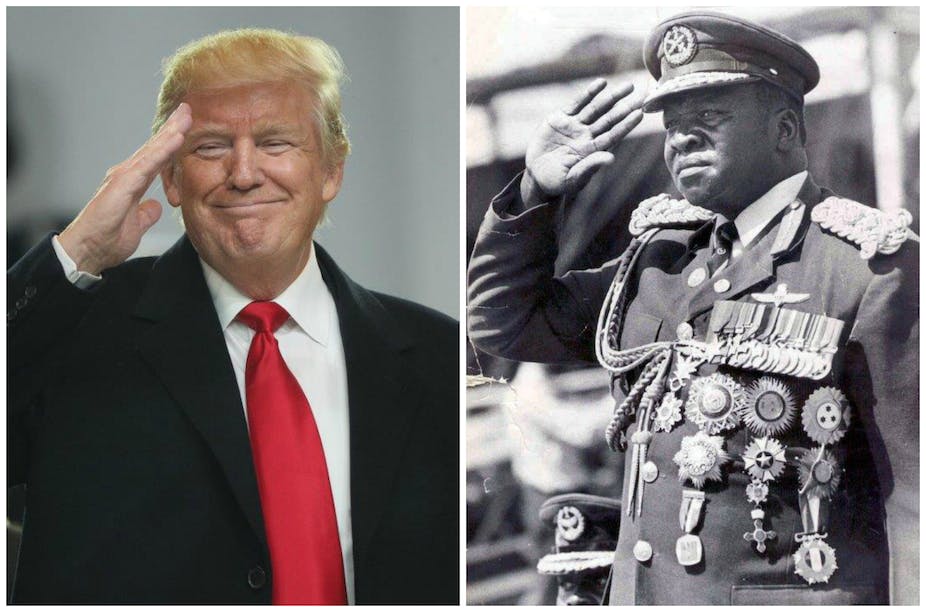