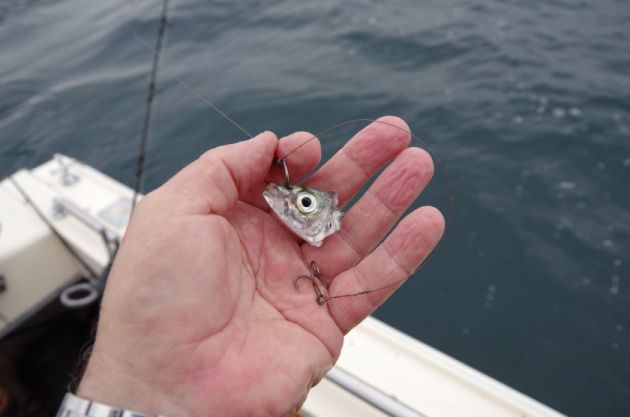 I know, I know– provocative title. It struck me as I was grouting some tile around my bath tub today, realizing that you reap what you sow if you follow yourself step by step. I could not complain or blame the guy before me because I was the guy who measured and set the wonky tiles a couple of days ago. I was the same guy who didn’t really seal the grout very well twenty years ago. My enemy was the construction firm of me, myself, and I. Now I’m just working with the imperfections at hand. I never expected an easy, perfect job. It’s fantasy that ignores the hard road to the good result. But we have crossed over to fantasy land in our current leaderless world.

Fantasy is the appetizer to an angry meal when you think, “Oh yeah, easy… health care for all. Gut government. Build the wall. Drain the swamp. And Lock her Up.” ‘It’s gonna be so easy cuz I’m a genius. See, I negotiate and know more than anyone ever born. I know more about the military than my generals do. Money? Easy. Mnuchin is just my bean counter stooge. Who needs intelligence when you went to the best schools?’

Whew, my sweaty red Maga hat was bleeding into my liberal leaning brain. Dang, that was close! I was ready to launch into the previous administration for all my failures, how I broke a couple of new tiles while moving them around. How I lost my gift card worth $100. It had to be a Deep State conspiracy and not my clumsiness and stupidity. I mean the guy at Lowe’s should have bubble wrapped them. Bet he was an illegal. Definitely not a smart Norwegian. 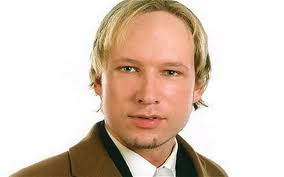 Without trying very hard at all, I found myself channeling the Donald at each step. ‘This place is a dump. Who uses chrome instead of gold? Loser.’ It was great because I could simply react, shoot from the hip with absolutely no responsibility or accountability. If anyone said a word to me, bam, “You’re fired!” …my signature move, though I was alone in the dusty bathroom. I even began to move awkwardly like Trump does, you know, the walking chaise lounge with a long red tie. He is hinged at his ample waist and brittle knees. He folds up easily too.

Some call him the Master Negotiator. Okay, it’s just him who says this, but I’d call him a Mental Master Baiter. He baits people into petty skirmishes where he gets to call them insulting nicknames and Twitter on venomously about what he projects onto them. Big, small, male, female, foreign, domestic, red, blue, orange… he gets one on his hook and keeps them there, trolling for his base of thrashing piranhas. He tosses out a Hillary lure when his own ethics are under scrutiny. Here’s a shiny silver Hillary head. Hmmmm, oh look at the waters churn with blood lust.

If his morality starts to stink more, he puts Bill Clinton on the hook with a red plastic nightcrawler. “My people never tire of that one. Uranium One, their foundation, his success with the economy. People still like him, even the Bushes. My barracudas would grow an extra row of teeth if they could. I love to chum with Bill bait.”

Grande Grandiosity seems to be Trump’s poker strategy, constant bluffing and puffing as he cheats through each hand.

“Fire the dealer. He dealt me a deuce.” 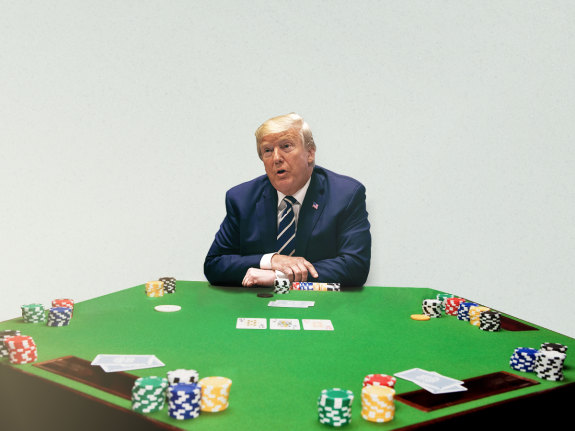 “I won again. I love winning… even when I get sick of it, I love it. Winning is like a hot blonde. I never get tired of beautiful.”

“I’m too busy on my next deal. Tell the Secret Service your complaints. I had a full house. I won. I dismantled Obamacare just in time to keep millions on the edge of health insecurity.”

“Uh, Sir, not entirely. There was that John McCain thumbs down moment. Even though he was dying of brain cancer, he had more sense than you’ll have on your smartest day of perfect health.”

“John McCain was only a hero because he was captured and I made him a hero with his fawning loser fans. My enemies should thank me for making them famous. Look at Rosie O’Donnell. I mean, don’t really look because she is an ugly hog, but I made her famous by denigrating her publicly. What a loser!” 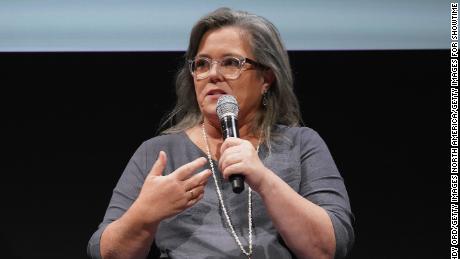 “You have taken the presidency to unparalleled lows, Sir.”

“People love me. They have to or I’ll sue them. I’m suing Joe Scarborough. Loser. He used to kiss up to me, and then he figured if he asked nasty questions about me on his loser low rated Morning Joe show, he might grow his ratings. Nuh uh. No one puts Donnie in the corner. Hit me, I hit back harder. I learned that in third grade at recess. I organized some low life hangers on and we had a thug posse in Queens. ” “Yeah, I hit women hard. I know they won’t hit back. You know, blood in their… whatevers. Powerful men like me attract powerful women.”

“Awesome coward strategy, Sir. Since I know you are incapable of listening, I am simply saying these things in an upbeat, bouncy voice. You’ll hear the happy tone and that’s all, right Sir?” 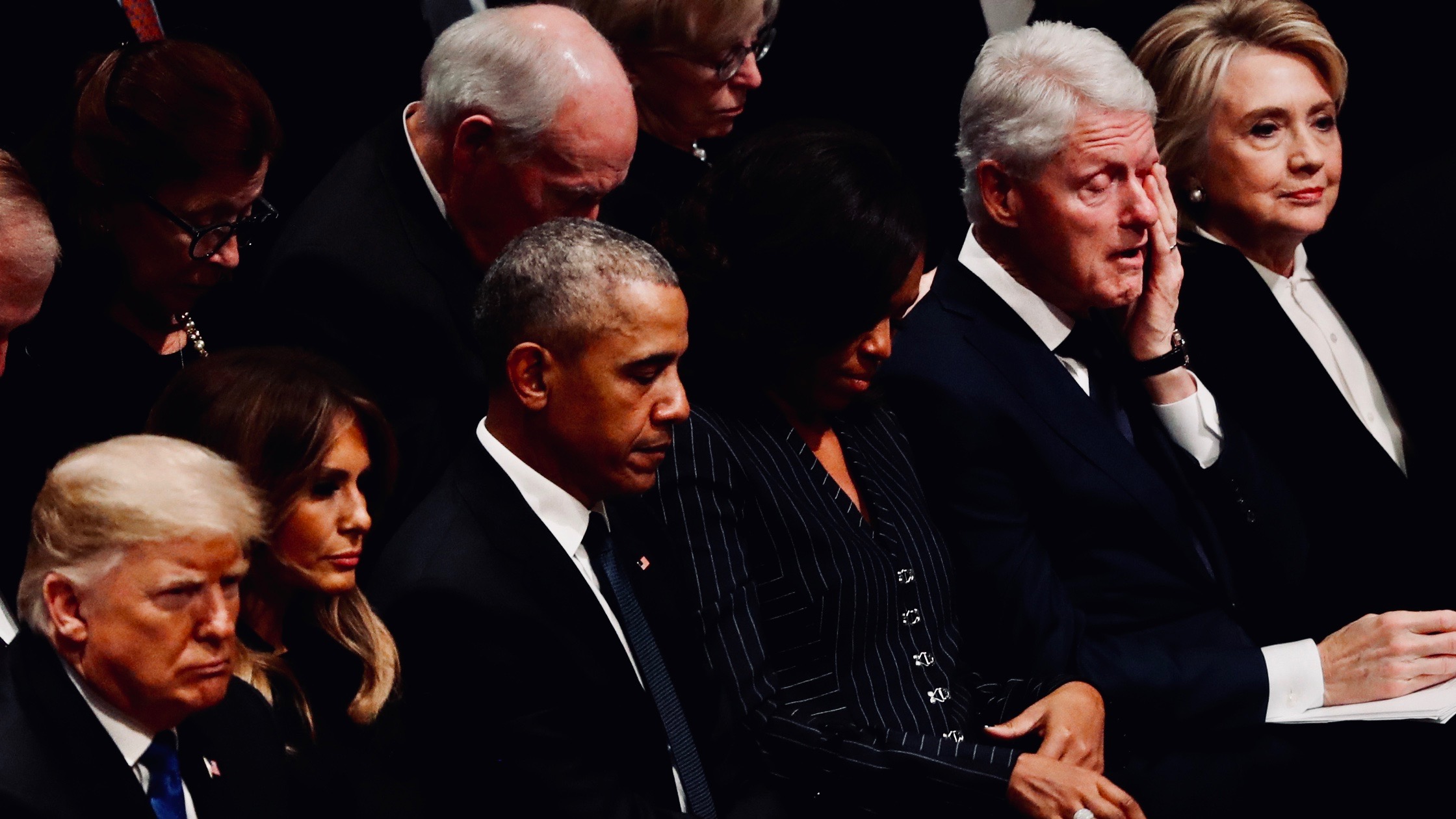 “And it doesn’t matter what you say because you will deny it later and blame the press for trying to crucify you.”

“Oh, yeah. Look at the Access Hollywood tape. That wasn’t me. Somebody did a hit job on me. But nothing like the stuff we’re cooking up for Biden. I call it Creepy Sleepy Joe bombs. Muhammad Ali couldn’t survive the beatings I’ve taken. But here I am, President of the USA. King of the World. I love that shot. It’s real, you know. I’ll never forget when Melania gave me the gloves and trunks and said, “Flex, Donnie.”

“Sir, is there one that got away from your master baiting?”

“There blows a black whale called Obama. I’ve spent my last dozen years stalking him and trying to hook him, but the damned leviathan breaks my line. He mocked me once at a banquet, and I will not rest until I avenge that wound.” 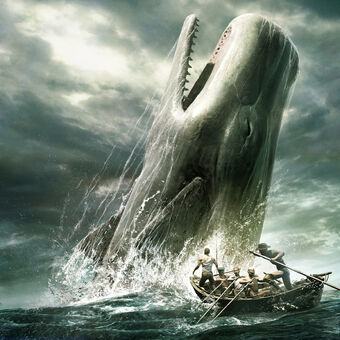 “Sir, could it be he was just too big for you? Too clever?”

“No, never. I will have that whale. No one puts Donnie in the corner.” 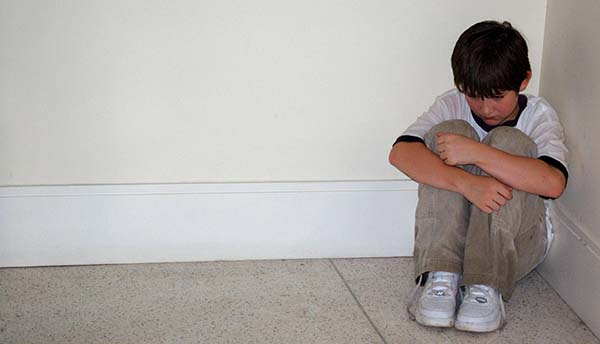