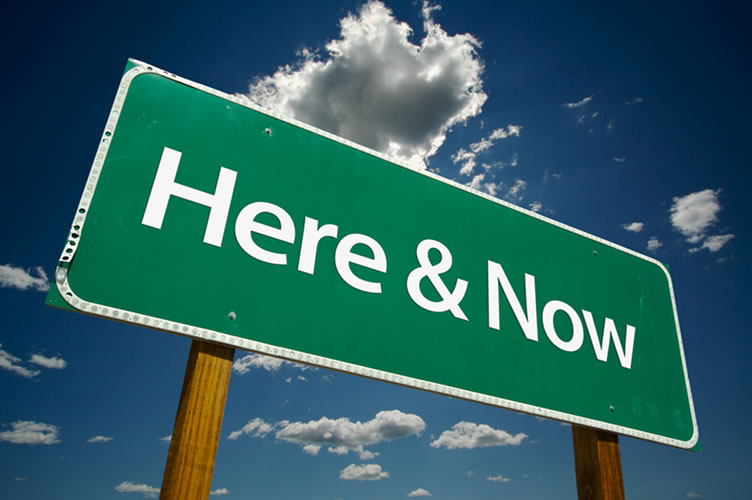 What’s so special about living in the here and now?  Sounds like leftover hippie-dippy talk from the 1960’s, I know. But there is truth in this simple concept. When we live in our own moment, in our own skin, we feel our feelings and our sensory input. In the here and now we take our own pulse and bring consciousness to our breathing.  As I type this post, it is 1:59 p.m. Eastern Standard Time in my office. I know it’s six hours later in London and most of Europe, but that is there and now. I can’t be there and here simultaneously. I might be able to read the news posts about what’s happening there, but I cannot experience their supper time moment. It’s 10:59 a.m in Los Angeles. Likewise, I can’t be there to experience their late morning moment. “So what?” you ask.

The what is this: anxious people try to live in the future. They overthink and hyper-cogitate themselves into the illusion of being in the future; meanwhile their body and breath and emotions remain back here in the now. What fills in the gap between their psychological illusion of being in the future and their somatic reality of being stuck in the here and now is ANXIETY. It’s a prickly sort of mental fiberglass mesh that holds a person’s mind and body together while the mind is struggling to be elsewhere. Anxious people buzz like houseflies on the inside of a double  paned window. The little guy can see the vast outdoors where other creatures move freely, but he is stuck back on the windowsill of the here and now hotel.

You can almost hear his frustrated little fly brain screaming, “Let me out. I want out of here. All my problems are in the here and now. Life sucks on this side of the window. If I could only find a way around or through this glass wall, then I’d be calm and happy out there.” Now this is just a metaphorical way in to my counseling rooms, where humans strive to get out of their marriages, jobs, situations, guilt, shame, compulsions, addictions, old narratives, lies, mythical beliefs, affairs, grief, etc. They buzz and flap and buzz some more. The faster they do so, the less likely it is that they will escape.

“Your coping strategy is killing you.”

“What does that mean?”

“Well, when you got out of prison, you said you were all in for Jesus.”

“What’s wrong with that?”

“The rigidity of how you apply your newfound faith. You are so grateful for being saved and set free that you…” 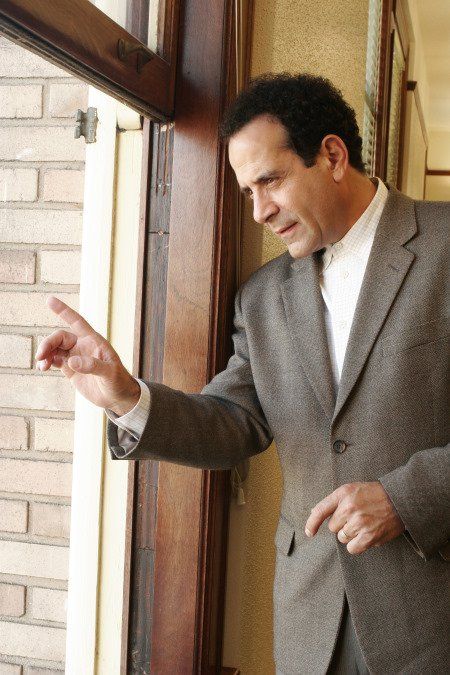 “I am so grateful. I can’t shut up about my testimony. I’ll talk 24/7 about Jesus. And why everyone needs saving and grace and such. I am all or nothing, man. 100%. Absolutely saved by grace…”

“…that you override the reality of brokenness in front of you. You go right to gettin’ right with Jesus that you don’t hear the pain of others. You are on to solution and Scripture verses before you check with the broken person in front of you.”

“How can that be wrong, dude? I thought you were a Christian.”

“How can it be wrong? Take any piece of beautiful music and run it at warp nine speed. Pick one–  Beethoven’s Moonlight Sonata for instance. If you play it too fast, it will feel like some amphetamine-fueled bluegrass tune. At normal speed it should last 15 minutes, all three movements. But if you crank it up three or five times faster, you’ll be done in 3 to 5 minutes, right?”

“The point is if you talk or play music faster than intended or faster than the listener can process, then you are not joining with the listener. Instead, you are driving a staccato wedge between you and the other. If you go at a tattoo gun speed, you better have some ink.”

“What? A tattoo gun with no ink? That would suck, dude. It would just puncture the other person’s skin and not leave anything of value, just pain.”

“Are you saying that’s what I do, just drill into my wife’s ears without leaving any good traces.”

“But I have so much to say; it’s busting out of me like Dolly Parton’s boobs in a 32 B training bra.”

“So I have to slow down and wait for my wife to talk; and when she does, I ain’t supposta tell her what to do.”

“Okay, I’ll just sit here and listen real hard. Why don’t you say something and I’ll see if I can follow along right. Okay?”

“All right. Let’s go to the adulteress woman that Jesus protected from stoning. Did he lecture her on adultery? Did he douse her with Scripture and then light a match? Did he scream at or argue with her accusers? You know he didn’t, and yet he had remarkable results, so great that 2,000 years later we’re still talking about it.” 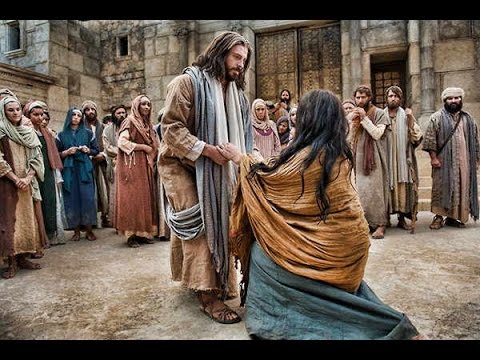 “Amazing. I feel pretty good just thinking about it. You know I… I…I’m gonna keep my mouth shut.”

“Good. Then there was the Samaritan woman at the well. Remember her? She had five husbands and was living with a man who was not her husband. Seemed pretty promiscuous, right? But if she had been, why wasn’t she stoned after husband one or two? That was the law. But five men divorced her without a stoning. Hmmmm. You know a Jewish husband could divorce his wife if she was sterile. That’s the only reason I know of why she was still alive when she met up with Jesus at the well.” “I never did either, Brother. When I gained that information, my condemnation turned to pity and compassion for this sterile woman. I don’t recall Jesus tattoo talking her into submission.”