I was wondering about how Michael Cohen is doing in prison these days. According to Google articles, he’s doing great in Otisville, New York. He’s among his crowd, I guess, sort of a jail house celebrity like Bernie Madoff in one of America’s top 10 cushiest prisons. Not sure if he has concierge service on his wing or a tanning bed, but reports claim he’s fit and tan these days. Good to know. When a white collar White guy goes to prison, we wouldn’t want him to suffer the indignities of real incarceration that apply to common criminals of other colors.

I was sort of hoping he’d be playing an old beat up guitar by now and singing “Some gotta win, some gotta loooooose, Michael Cohen’s got the Blues”, a rip off of Danny O’ Keefe’s song from the way back machine. As I wonder about this mournful song, I realize that it could very well be the theme song for the 2020 Trump campaign set in a post apocalyptic Washington, D.C. The Apocalypse being ushered in by Donald Trump. 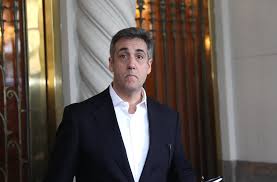 Everybody’s goin’ away
Said they’re movin’ to LA
There’s not a soul I know around
Everybody’s leavin’ town
Some caught a freight, some caught a plane
Find the sunshine, leave the pain
They said this clown’s a waste of time
I guess they’re right, he’s wastin’ mine
Some gotta win, some gotta lose
Michael Cohen’s got the blues
Michael Cohen’s payin’ dues
Ya know my heart keeps tellin’ me
“You’re not a kid at fifty-three”
“Ya play around, ya lose your word”
“Ya play too long, you’re just a turd”
I got my dues that I must pay
Can’t find a true word left to say
I’d love to try and settle debts
But everybody’s cashing bets

I like to imagine the Big Man DJT singing it alone in an orange jumpsuit too as he realizes all his sycophantic rats have scurried away once their powerball cheese is all gone.

“I always win even when I looose, Baby Donnie’s got an excuse.”

Then again I thought Dylan’s I Shall be Released would be a nice tune to play in Otisville or wherever Manafort is bunking these days waiting for his pardon. Oh, Loretto, Pennsylvania. The homeland of Fred (Mr.) Rogers and the Johnstown Flood Museum. Let the prison quartet strike up the tune. Lying rodent Rudy Giuliani next comes to mind. When did he stop taking his meds? He is truly batshit crazy, like eating guano three meals a day crazy. It’s a real thing, you know, called histoplasmosis, though the mental deficiencies can’t be blamed on guano consumption alone. Still, it seems he’s been sleeping upside down for a while now. When Rudy goes to jail, his theme song…hmmmm,

According to Ukrainian developer Pavel Fuks, Giuliani had been hired to work as a “lobbyist” for the government of Ukraine, as well as for the eastern Ukrainian city of Kharkiv. “This is stated in the contract,” Fuks told the Times. The claim backs up local media coverage of the relationship, with one Ukrainian magazine writing that Fuks hired Giuliani in order to create an office in the U.S. for “supporting investment” in Kharkiv. As Mother Jones reported, Giuliani connected with Fuks via TriGlobal Strategic Ventures, a New York-based company that has “advised Russian oligarchs and others with Kremlin ties.”

That Russian flu seems to keep going around and around in the Trump administration. Jeff Sessions caught it and then Mike Flynn. Of course Manafort is the likely patient zero who transmitted it along with his underling Rick Gates. They must have contracted it in the Ukraine while doing political lobbying work. It must be an airborne thing that you catch if you’re in the same room with an infected carrier like Papadopoulos. He was simply the coffee boy in a meeting with Sessions, but he caught a case of it. Let’s not forget Don,Jr. and Turkey Jerky Boy Jared. They had emails regarding their meetings with Russians, and still they could not recall the incidents. What is not known so well about Russian flu is its effects on memory. All these folks forgot that they had met with Russians, even on their applications for security clearances. That’s some bad flu…both highly contagious and able to wipe clean human memories at the same time.
Today the whistle blower’s complaint leads once again back to Russia and Ukraine like an old Blues line that repeats and repeats.
Everybody’s goin’ away
Said they’re movin’ to LA
There’s not a soul I know around
Everybody’s leavin’ town
Some gotta win, some gotta looooose,
The orange swamp monster’s got the Blues. 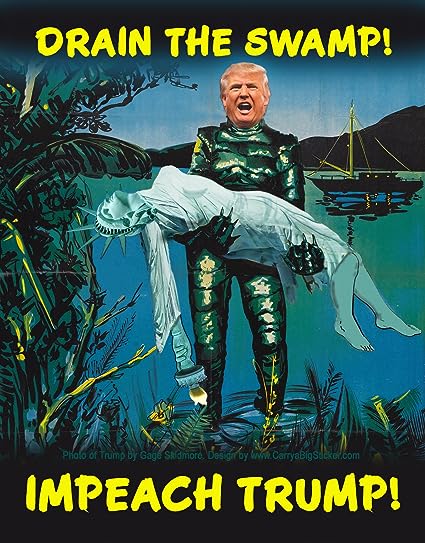