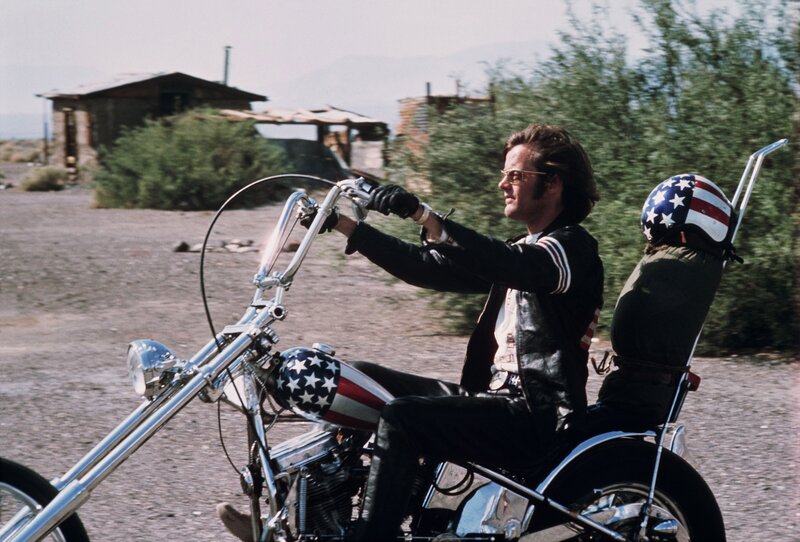 Yep, it’s Joel time again. He’s been away on the highway grieving the untimely death of his cult hero Peter Fonda, the original Easy Rider. It is a little known factoid, more on the -oid side than the fact side, that Joel was originally cast as the second sidekick in Easy Rider. His character, Wilbur Steiglitz, was cut out of the movie at the last minute when pre-release audiences threw sodas and buttered popcorn at the screen in his scenes, and only in his scenes, causing small riots that had to be covered up in the trade papers. This caused the producers to delay distribution while Wilbur was photoshopped out of the first half of the movie. In case you were wondering how Wilbur/Joel fared, uh, let’s just say it did not go so well for him. As Wyatt and Billy were camping out in south Texas, Wilbur began to serenade them with his mini-travel tuba, playing “Eight Miles High” the way a high school marching band would perform it inappropriately at half time during a Friday night football game. “Bomp bomp BUUUUUMP, bump bump bump bump bump…” Wilbur got what was coming.

It could have been the drugs, and it could have been plain old justified homicide, but the pair of bikers turned on Wilbur and cut him into bite sized pieces that they fed to the coyotes. They shot the tuba and buried it in an unmarked grave. The next morning they said to one another, “Man, that was a bad trip” and hopped on their choppers headed for Mardi Gras. And the rest of the movie is history, kind of trippy and anarchic, but a big hit movie nonetheless. Who knows how great it could have been if Joel had not been deleted strictly for mercenary reasons. History may have taken a different course. Hippies might have marched in brass bands instead of mobs.

Fast forward fifty years to today. Joel and his homeboys were cruising to that wild and crazy Sodom of the south, Asheville, North Carolina last week… on my Spyder no less!! Without my permission, putting unauthorized miles on my prized inheritance. Yes, I was ticked and let him know of my displeasure. He brushed me aside and told a story to distract me. 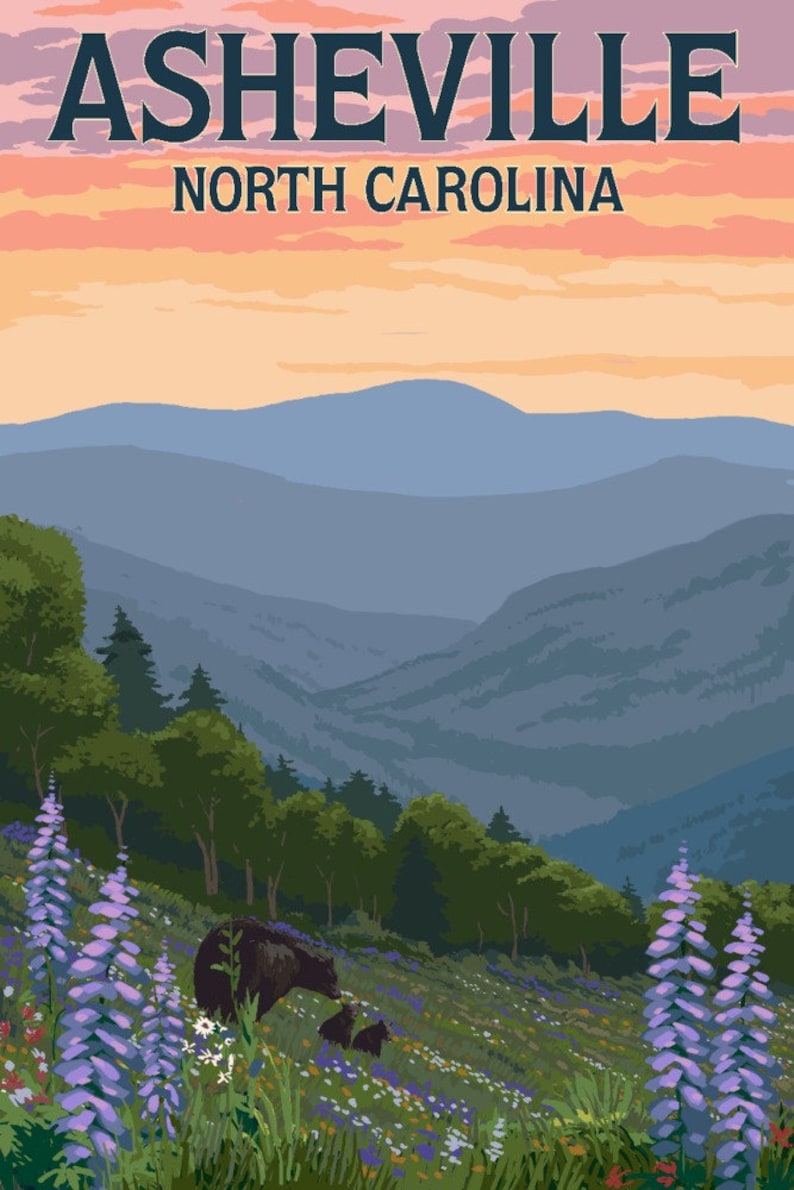 “Well, there we were in Asheville and Shelly, Dana’s motorcycle bitch, said she needed to get her hair colored. Which is why I ride alone, you know. I don’t want to be tied down to hairdressers and salons. I’m a lonely rider, on a steel horse I ride. A rider on the storm. Into this world was born, into this world was thrown. Like an actor out on loan or a dog without a bone, I’m a rider on the storm.”

“How original, Joel. Did you want to footnote credit the Doors?”

“Where was I Burrito? You know jealousy is such a bad trip, man.”

“Joel, under those leathers is a man clothed in Scottish tweed. Don’t give me that Dennis Hopper crap! You are not hip!” 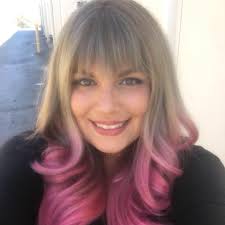 “Okay, man. So we found a hip hair salon in Asheville for Shelly. I was gonna split to shop for some wicked wingtips with Dana when the twenty something front desk girl caught a whiff of my machismo. She had tats and a nose ring, cute in a professional wrestling kind of way.”

“She was a manly woman?”

“No, no, Burrito. She was young and vibrant and well-endowed.” 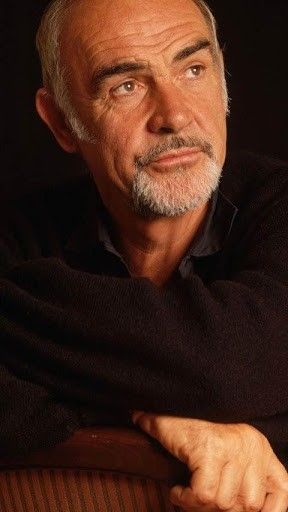 “Au contraire, it only gets better.  She began to chat me up. First she said that she used to color her hair my exact same color of salt and pepper grey. I asked her why in the world she would choose to do that. She replied that it was very in fashion to rock the faux grey look these days with Gen Xers and Millenials.”

“Joel, do you even know what those words mean?”

“No, she was into your wallet.”

“Don’t you pop my balloon or rain on my parade, jealous bro. The next thing she said was my tortoise shell glasses were totally throw back cool and that I was STYLIN’. Me, 70 plus… STYLIN’. Well, Dana and Shelly began to laugh and doubled over with guffaws and chortles.” 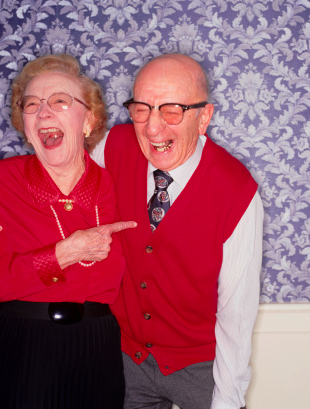 That’s when Marlee the barrista girl at the coffee shop offered her expert young person analysis. “You know, that’s a thing, Joel. Girls my age are going after sugar daddies. I know a couple of girls who are paid to go to dinner with geezers, Joel. Hundreds of dollars. It’s a real thing.”

“Well, I’m sure that’s not the case with this young, attractive, highly desirable woman. I never showed her my wallet. Plus, I am very cheap. I like to say thrifty in a Motel 6 kind of way.”

“If you ask me it’s a form of Popstituion.” 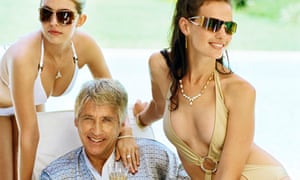 “No one asked you, Burrito.”

“I know, I was just stylin’, you know, free stylin’. Running a flag up the pole to see if anyone bothered to salute.”

“Your metaphors are cumbersome at times, bro.”

“Don’t call me bro, bro. It just does not fit our demographics, okay?”

“I forgot this town lacks the cool factor, dude.”

“Seriously, I’m going to punch you if you call me bro, dude, or any other modern slang term that you have never uttered before this trip to Sodom.”

“Don’t be a drag, man. It’s all good if you just let go of your handlebars and embrace the good karma of the universe.”

A death match struggle ensued for about 8 seconds. Marlee helped me cut up the pieces and put them in the dumpster. I salvaged the Spyder key and his plastic squeezy coin purse, the tortoise shell glasses and his wallet. There was just enough cash to pay for me to get my hair colored. You know it’s strange how life imitates art. 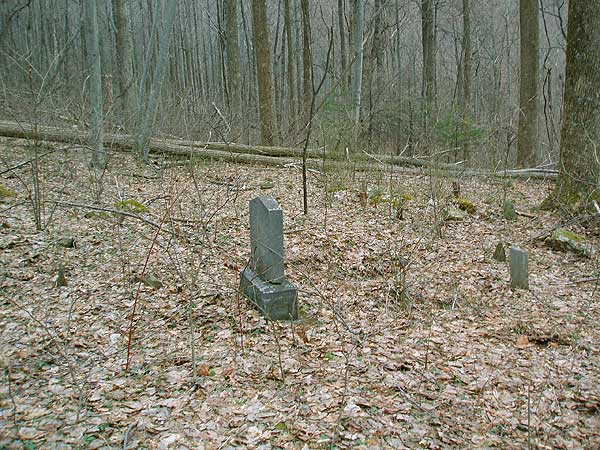