We wound our way from the caves of Matera to the seductive scenery of Sorrento on the coast across from Mt. Vesuvius. As the pattern continued, each new stop managed to overwhelm the previous greatest hit on the trip the way top 40 hit songs fight for top billing over time. So in a rock music analogy, this stop was “Stairway to Heaven”. Our hotel was the finest in our travels for sure, situated above Sorrento with a commanding view across the Gulf of Naples

We stayed at the Hilton Sorrento Palace with all the bells and whistles, surrounded by lemon tree groves and featuring five pools that cascaded into each other. So welcome after a day on the bus. Swanky is the only word that comes to mind. The lobby felt like an art museum whose masterpieces hung outside, each view a Cezanne landscape come to life.

Inside the floors were gorgeous terraza, and yes, we felt pretty special gliding across those shiny surfaces into upgrade heaven. Fred Astaire and Ginger Rogers would be proud of our peacocking through the lobby. 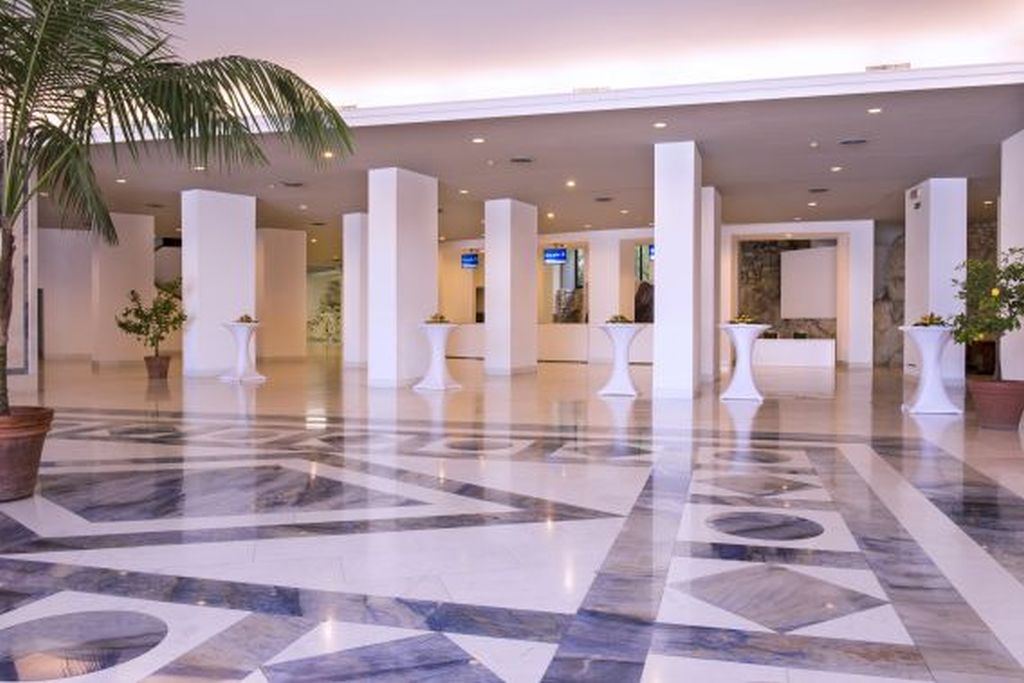 Once again I wanted to just stay put and frolic in the pools or walk the lovely grounds of our hotel; just take picture after picture of the breathtaking scenery from our balcony. Our tour guide Sah’ rah had arranged for a 40th anniversary bottle of champagne and a sweet poem by Goethe next to it on our dresser. I wanted to drink it all by ourselves and hiccup happily. My bride suggested we share it with all the folks on the trip in a toast later on. She prevailed in her wise prudence. 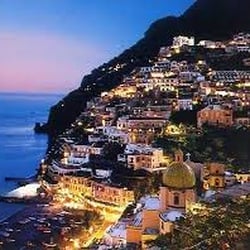 Sorrento was warm and busy on this June lovers’ night, thronging with tourists in the piazza as we walked to our restaurant. The cuisine was unusual for me– octopus and squid as the main course. It was a bit strange since I don’t eat swimmy fish. Their oil makes me ill even in small doses. But this combo didn’t hurt in the least, or I would have been banned from the bus, busted for excessive flatulence and other miseries. We told jokes and stories and drank tasty wine from big pitchers as the meal wound on. Desserts were offered. I took a single chocolate smothered cream puff that must have been 1,000 calories by itself. These cream puffs reminded me of NFL linemen on steroids. I was more scared of the dessert than the octopus. They screamed excess cholesterol and triglycerides, but I ignored their furious confectionery cries. We had a doctor sitting next to us after all. Gino is a blood specialist,  a hema- something or other, and I’m sure he would have followed his Hippocratic oath and stopped any foodicides before they got started. Others had two of these diabetic coma inducers without falling into insulin shock seizures. I showed some restraint.

When we retired for the night, we could not just go back to our room. We had to sit on the veranda and have a last drink of wine and drink in the awesome beauty spread out before us. As I looked around, I saw others from our group hanging out, unwilling to say goodnight to this heavenly scene. But the next day we were heading up the Amalfi coast, so again we had to trade in the present awesome for the future fabulous. 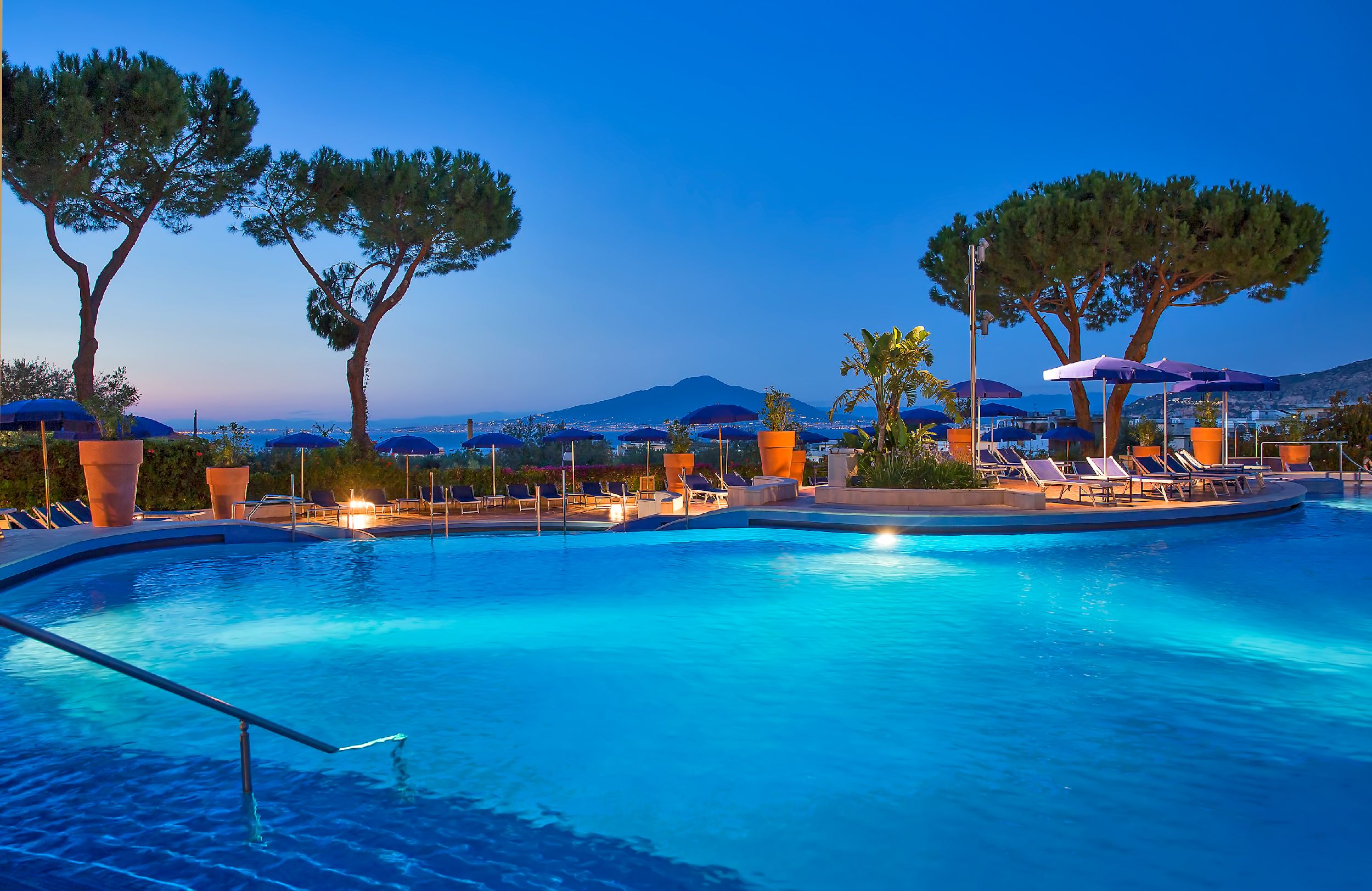 In the morning we were off to Vietri Sul Mare and ceramics shopping. Once again words just did not capture the craftsmanship evident in tables and bowls and lamps and dishes. Our eyes would light up and our hands hypnotically moved to touch these treasures. My wife was staring in a trance at a ceramic covered volcanic rock table that cost 5,000 dollars, trying to figure out the shipping costs. I thought I was going to have to stage a Shopping Channel  intervention. “Honey, step away from the table. Breathe deeply and count down from 10, 9, 8… Repeat after me: ‘I don’t need this beautiful table. I don’t need this beautiful table.'” 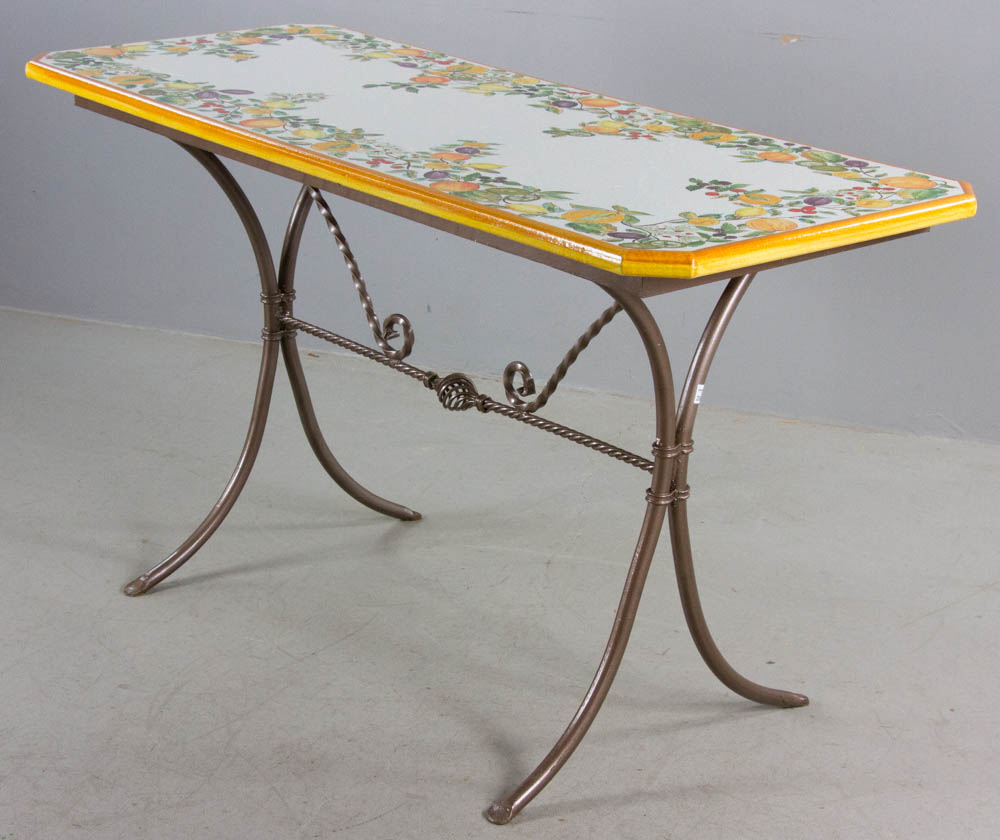 We exited without a significant purchase due more to the weight than the cost of the massive artifact. My bride continued to comparison shop like Gino’s wife Susan at the jewelry shop. (So far no overloaded FedEx truck has wheeled in one of these monoliths to our house… but I know she’s still strategizing.) Once again I wanted to stay where I was and soak in the atmosphere, not to simply shop, but to share an organic experience with a local.

“Is that your parking space, signore?”

“How did you get such a good spot right here on the main thoroughfare?”

“It came with this house that has been in my family for 700 years. Very valuable. I could make it a gelato shop, but I promised my family never to work.”

“So before cars and Fiats and Vespas?”

“Si, si. We had only donkeys then, so this was an animal stall.”

“So, have you ever run into Bob Dylan?”

“You must leave now, Signore Uomo Pazzo. Meester Dylan could not carry Bocelli’s butler’s jocka strappa. He sounds like the alley cat in heat walking on broken glass outside the butcher shop. He’sa no gouda. Iffa he woulda come to the opera house, I would keel him before one a notea he coulda singe.”

“Okay, thanks Giovanni. Ciao, Man. I don’t need a weatherman to know which way the wind blows.”

A real conversation that was not transactional; yep, that’s below the cultural epidermis tourists only scratch, but it’s where verbal histamines can drive a man to scratch himself to death in a glorious paroxysm of excoriation. This makes no sense but sounds heady, frothy as a Guinness stout on tap.

I need to stop here and save my arias and crescendos for the Amalfi coast trek. Standing on our balcony gazing across the lights of the Gulf of Naples, I could not imagine anything more beautiful than what was in front of me… including my wife. She was in front of me too. I want to make that clear. I am not some international voyeur. I mean I could hardly see into the next room if I tried due to the privacy wall and my neck was a bit stiff from all the touring about.