The Straits of Messina separate Sicily from the Calabria province of Italy. Its whirlpools are the source of the ancient Greek myth of Scylla and Charybdis, the competing sea monsters that Ullysses had to navigate through in the Odydssey.

Being between Scylla and Charybdis is an idiom deriving from Greek mythology, meaning “having to choose between two evils”.

The two evils have to do with hazards involved in sailing the Straits not the evils of Sicily and Italy. It was a lovely,  monsterless ferry boat ride across to Calabria, which is where one of the Aussies on the bus, Tony, was born. He was born in Calabria not on a bus, in case you are over thinking or speed reading. He has a thick Aussie accent but still speaks his mother tongue as well. We stopped the bus to have a picture of him in Calabria.

Somehow Italian emigres like Tony found a better economic deal half way across the globe in a dramatically different culture filled with koalas and kangaroos in Australia. What a strange uprooting it must have been, like a joey in a mother’s pouch. I’ve only experienced small variations from a metropolitan culture to a rural one in the U.S. It’s a tough choice: ugly money or impoverished beauty. His humor was on the sardonic side. No surprise, eh. He claimed to be writing a secret book for men about how to live with women as his wife Connie melted their credit card. “I’ll have to push my retirement back two more years now”, he uttered in defeat.  I smelled burning plastic.

“Cheer up, mate. She’ll never leave you with such a good credit score.”

In our tour of the jewelry factory, Tony and Paul and I huddled in defiant unity as our wives flitted about the expensive samples in glittering display cases. I noted Dr. Gino’s attempt to dissuade his wife Susan from buying an expensive necklace. I bet the guys five euros that she would prevail. Paul was skeptical. Tony was on the fence. I was resolute. “She is the pileated woodpecker, my good men, and Gino is the soft pine. You will see when the sawdust settles that she will be wearing that necklace.” Don’t call me a prophet, but fifteen minutes later Susan wore the necklace to our Italian ceramic snack table as Gino sighed. “You knew? Just observing body language. You knew?” 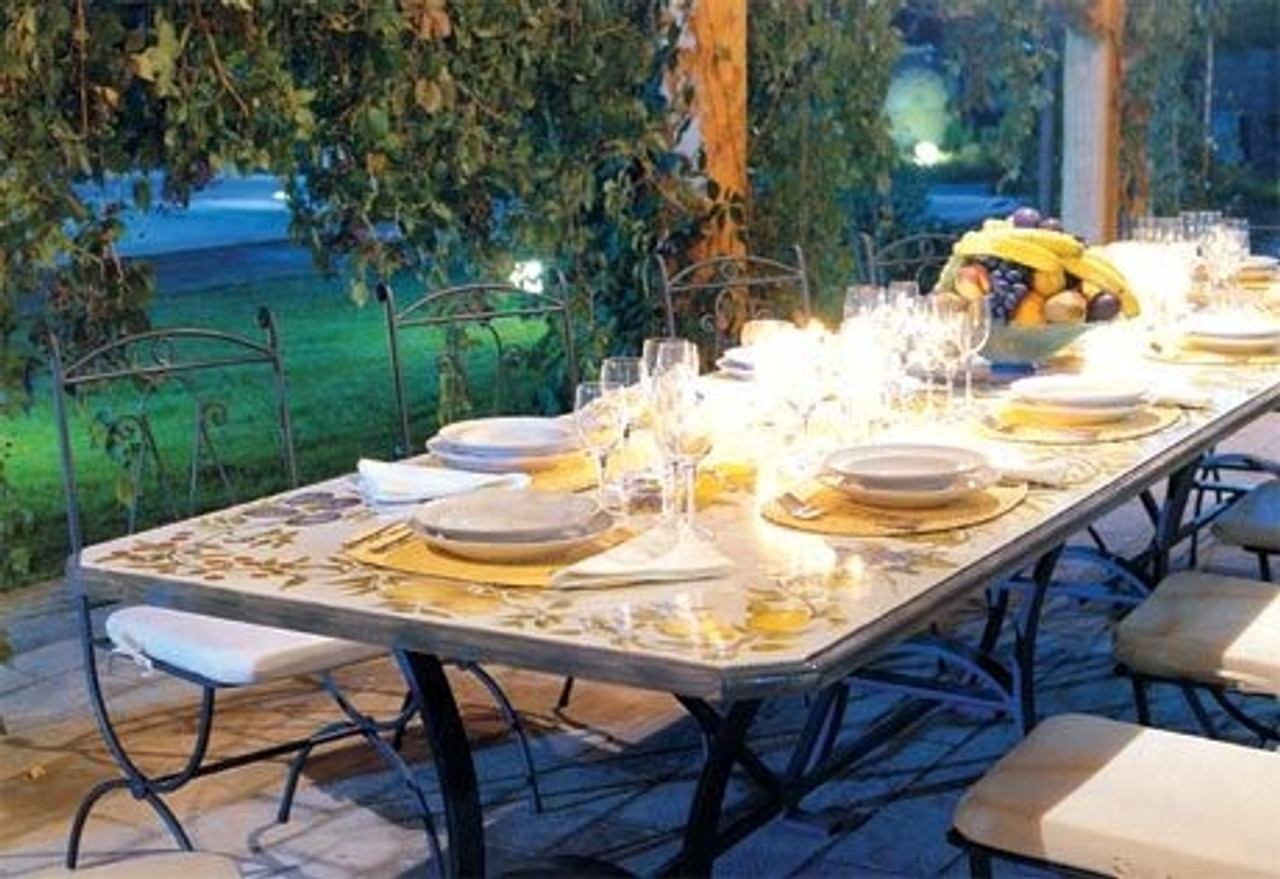 “Well, that and the past few days of experience. Once she started comparison shopping on her I-pad, I knew you were done. She had you at ‘I’ll just look, Gino honey.'” 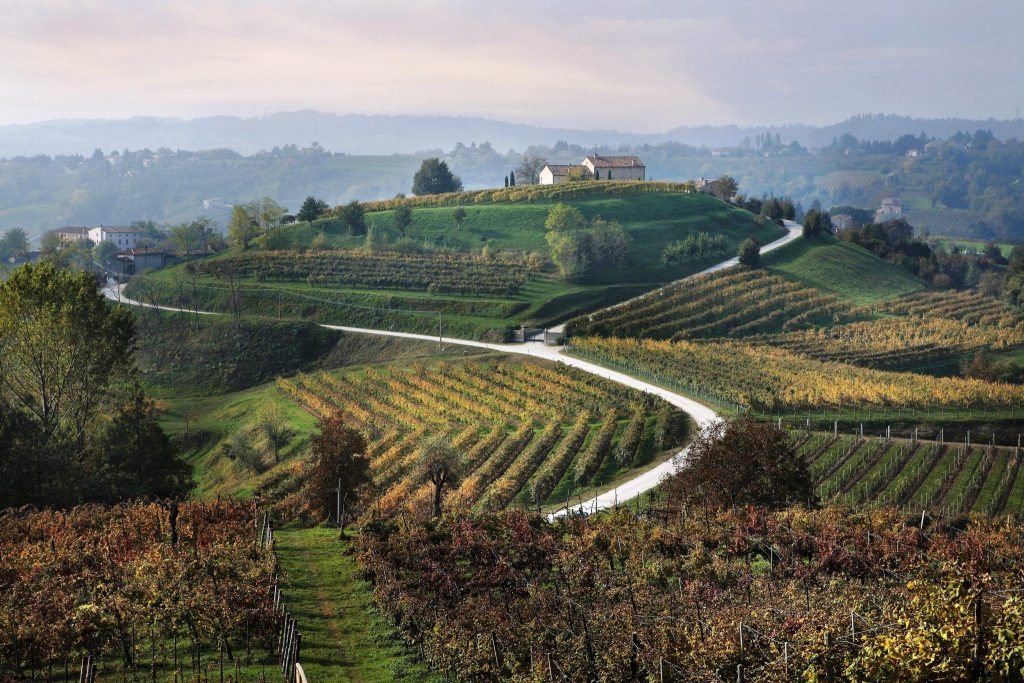 Off we drove to a winery in the hinterlands of Basilicata where a feast awaited us. Up in the hills we drove until there were only gravel roads. Then we came to a lovely villa with several outbuildings surrounded by 1400 acres of grapevines and fruit trees. Our hostess was the owner of the operation. She showed us around the windswept vineyard and its stunning views. Along the way she mentioned the problem of wild boars digging up her vines. I offered to stay and shoot them for room and board only. My offer was politely ignored. All of us herded into the main house like wild boars where a huge table was spread with bread and cheese and samples of their various wines, two whites and two reds. Delizioso.

The first course came with vegetables and appetizers, making me wish I had not eaten breakfast… ever.  Then the three pastas came. I hoped it was over, but then the beef, lamb, chicken, and pork came out. I would not, could not touch it, not in a box with a fox, not with a goat on a boat, not even with a cat in a hat. Likewise with the salad that followed. I believe the dessert was a light custard or granite, which I choked down, feeling like a Roman glutton in need of the vomitorium. Somehow I managed not to burst as we digested our way along to our next destination–Matera, like a busload of swollen pythons.

Several movies have been filmed in Matera because it is such an old establishment, one of the oldest continually inhabited villages in the world, like 11,000 years old. Just ask Bob Dylan. Originally folks called Sassi lived in caves they carved out of limestone in the sides of a steep river gorge that was the source of their water. Later dwellers built facades on the cave dwellings, but the originals were content with their one room shelters. In the 1950’s the Italian government condemned this village and forced its inhabitants to evacuate. They called the Sassi “the shame of Italy” and moved them to public housing. Nowadays the Sassi’s old shameful caves are  a UNESCO World Heritage Site. Funny how fashion and history repeat themselves. Oh, the gardens and flowers, the vines and statues, the ancient walls made of cut stones. It makes one wonder if every Italian had once been a stone cutter. Streets and floors were works of art to walk upon. Every town is so full of steps. What we did not see was a gymnasium.  No need. From Matera we took a trip to the Alberobello, home of the stone buildings called trullis. Legend has it that these dry stacked buildings were constructed this way to avoid using mortar and thereby avoid taxes. Piles of loose stones could not be considered residences. Odd, I know, since carving a room in a hillside did constitute a residence. The theme of tax avoidance seems to be a constant in Italy.  Not sure I’d want to collect taxes from a village full of stone cutters. 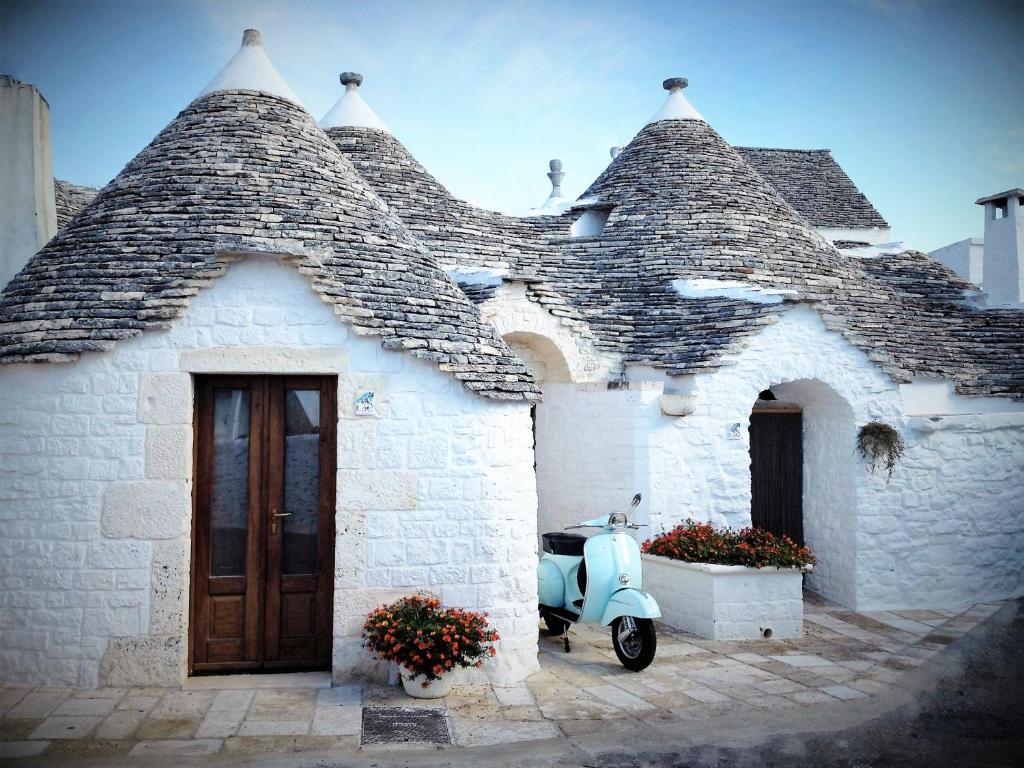 Another feast followed at our hotel in Matera. The group’s cohesion continued to gel like pectin in jam, a very unique jam made of a dozen different fruits. There are lessons everywhere if you open your mind to learn them. Disparate stones and people can be gathered into beauty if your mind is governed by love.