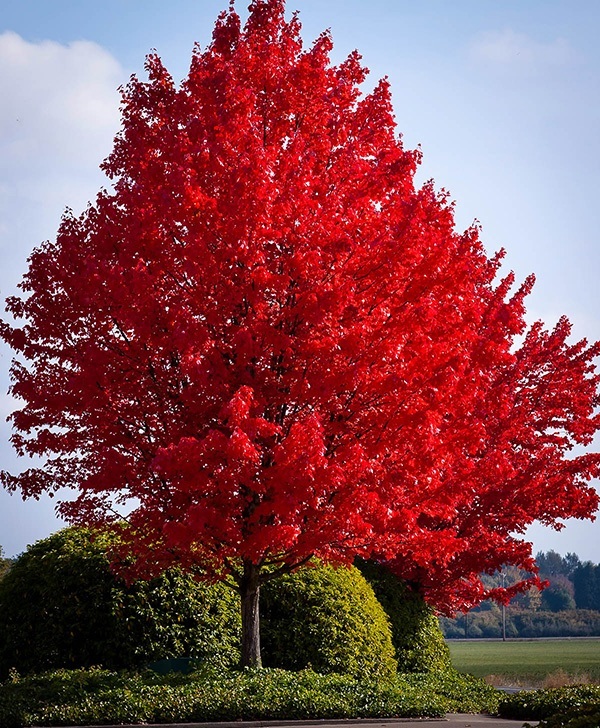 The maples on Squirrel Hill are oozing a crimson red today, not sap or boiled down syrup but bold spatters of holy blood. It’s a ruby red Rorschach ink blot test that is seen in dramatically different ways. Some see the spatter as a radical reaction to the fires stoked by the Fake News media, so inflamed that a well armed maniacal assassin felt a raging sense of righteousness as he slaughtered eleven lives on the altar of his hatred. Others see the carnage as the result of a conscious abandonment of filters and boundaries on decency, i.e., seeding the angry political wind and thus reaping the whirlwind of chaos and holocaust, by those who ought to know better but persist in willful ignorance. The predictable outcome is shocking but not surprising. Wicked consequences are fueled by feelings that originate in wicked thoughts/beliefs that are allowed to go unchecked. But where, you may ask, does all this genocidal hatred come from? 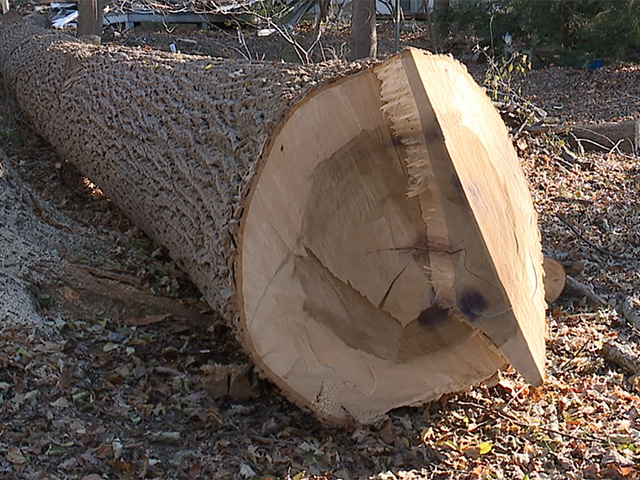 Let’s begin with the magic trick in maple leaves:  The chlorophyll breaks down, the green color disappears, and the yellow to orange colors become visible and give the leaves part of their fall splendor. At the same time other chemical changes may occur, which form additional colors through the development of red anthocyanin pigments. [Wikipedia]

The red, yellow and orange were always there. The green chlorophyll obscured them throughout spring and summer…i.e., as youth obscures old age and eventual death. But they were always present beneath the green glow of pliant youth. The leaves die, let go of their branches, and float to the ground in fall. They molder and break down into their basic elements and become nutrients for the forest floor. Where a maple seed pod lands next year and the cycle repeats. All along the journey that vibrant bloody red is always there waiting to be revealed. Always there.

If you live long enough, you will attend more and more funerals and burials. Eventually you will attend your own, not as a spectator but as the headliner. Coming to grips with the yellow, orange, red and black concepts of aging and death, and eventually the personal experience of it, is a difficult task for most folks in our youth oriented culture to master. Most of us would like to skip over the pain and trauma of life’s end and just die in our sleep. Ideally we want the natural order to progress, where the oldest die painless deaths first. Even then it’s a struggle for living, thinking beings to think of no longer thinking or being. Human minds don’t process negatives very well, and Death is the ultimate negation.

But these days death comes capriciously and early to kids in schools and worshipers at houses of God. Concertgoers in Vegas. To congressmen playing baseball. To shoppers in a grocery store.  To marchers in political rallies. How? Like the hidden colors under today’s green leaves, racial and religious hatred and mental illness are just below the surface of our society, locked and loaded awaiting the trigger. Once a tipping point is passed, out come death and destruction. In trees the trigger is dwindling sunlight. In humans it’s not so clear what the trigger is, perhaps dwindling empathy.

A license to kill sounds like a James Bond line, but somewhere along the internet highway twisted minds believe they have somehow earned such a license, as if they are merely pro-social exterminators of vermin. Sound familiar?  The run up to the extermination of Jews, Gypsies, homosexuals, intellectuals, socialists, and many other groups in Nazi Germany began with crazed propaganda that depicted enemies of the state as infectious rats that would sell out and destroy the Fatherland.

Grievance politics and dramatic victim posturing fanned the flames of murderous rage. “You can’t start a fire without a spark, this gun’s for hire….” Hmmmm, getting warmer. “Only true Aryan patriots could and should inherit the Fatherland.” Others needed to be locked out or locked up, as the rallies grew more and more incendiary, unapologetically racist and nationalist. Irrational, fervently irrational. And the alt right jury in the silo agreed. “Kill them” became the final solution. 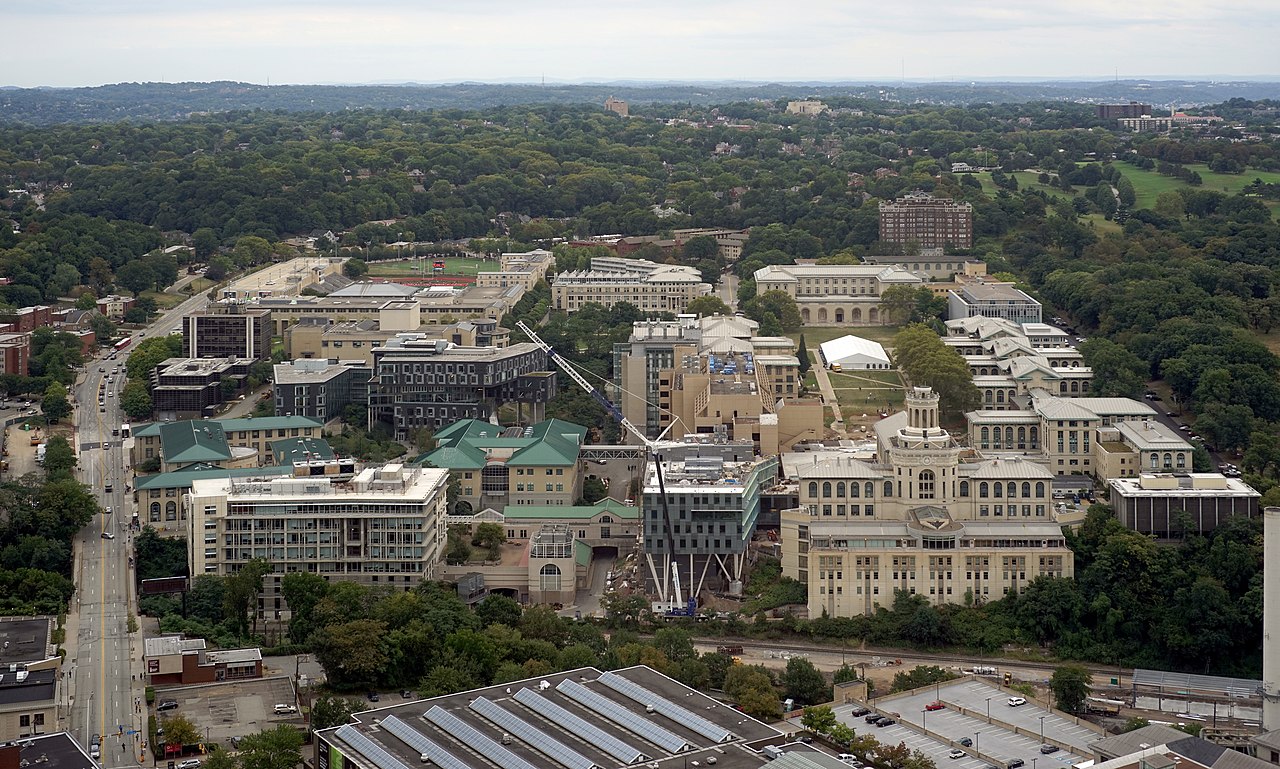 How ironic that in Mr. Fred Rogers’ Pittsburgh neighborhood a white supremacist anti-Semite would murder Jews in 2018. This white extremist felt entitled to take the lives of others for no other reasons than their otherness and his inadequacy, their audacity to breathe his air and live and worship while being Jewish. In gangs initiation murders are required, and Mr. Hatred seemed to be trying out for the NeoNazi Olympic team. He was fueled by nonsense conspiracy theories that he imbibed from leaky, squeaky online urinal fountains of hate. He could have used a season in Fred Rogers’ diverse neighborhood of secure kindness and compassion and a probationary period away from social media, which has turned into antisocial jungle media. Come back, Fred. We desperately need you.

Instead, Mr. Hatred gobbled up the right wingnut propaganda cashew mix that likes to deal in conspiracies with George Soros and Michael Bloomberg and other Jewish elites. It is an old trick to blame Jews for a society’s failures. No one can prove or disprove a conspiracy theory after all. That’s their perverse beauty. But a free press helps keep the b.s. limited with daily fact checks.

Over a century ago it was the Rothschilds and the myth of their supposed greedy manipulations.

In the summer of 1846, a political pamphlet bearing the ominous signature “Satan” swept across Europe, telling a story which, though lurid and improbable, left a mark that can be seen to this day.

The pamphlet claimed to recount the history of the richest and most famous banking family of the time – the Rothschilds – and its most enduring passage told how their vast fortune was built upon the bloodshed of the battle of Waterloo, whose bicentenary falls this year.

Here is the story that “Satan” told. 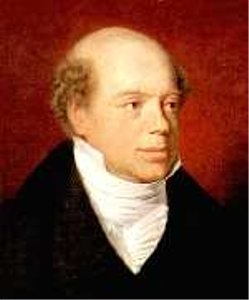 Nathan Rothschild, the founder of the London branch of the bank, was a spectator on the battlefield that day in June 1815 and, as night fell, he observed the total defeat of the French army. This was what he was waiting for. A relay of fast horses rushed him to the Belgian coast, but there he found to his fury that a storm had confined all ships to port. Undaunted – “Does greed admit anything is impossible?” asked Satan – he paid a king’s ransom to a fisherman to ferry him through wind and waves to England.

Reaching London 24 hours before official word of Wellington’s victory, Rothschild exploited his knowledge to make a killing on the Stock Exchange. “In a single coup,” announced the pamphlet, “he gained 20 million francs.”

And so on and so on. Lies repeated for two hundred years that somehow get woven into pseudo history, aka, old conspiracy theories that stick around. Today’s purveyors of hate have woven together modern yarns about the infamous caravan, the blood thirsty Muslims, LGBT outrages, all tied together by a liberally biased media determined to ruin our nation and eat our young. It is utterly fantastic and completely lacking evidence. No matter, light the fires. The witch hunters have found a new crop of witches to burn with the fallen maples trees on Squirrel Hill. 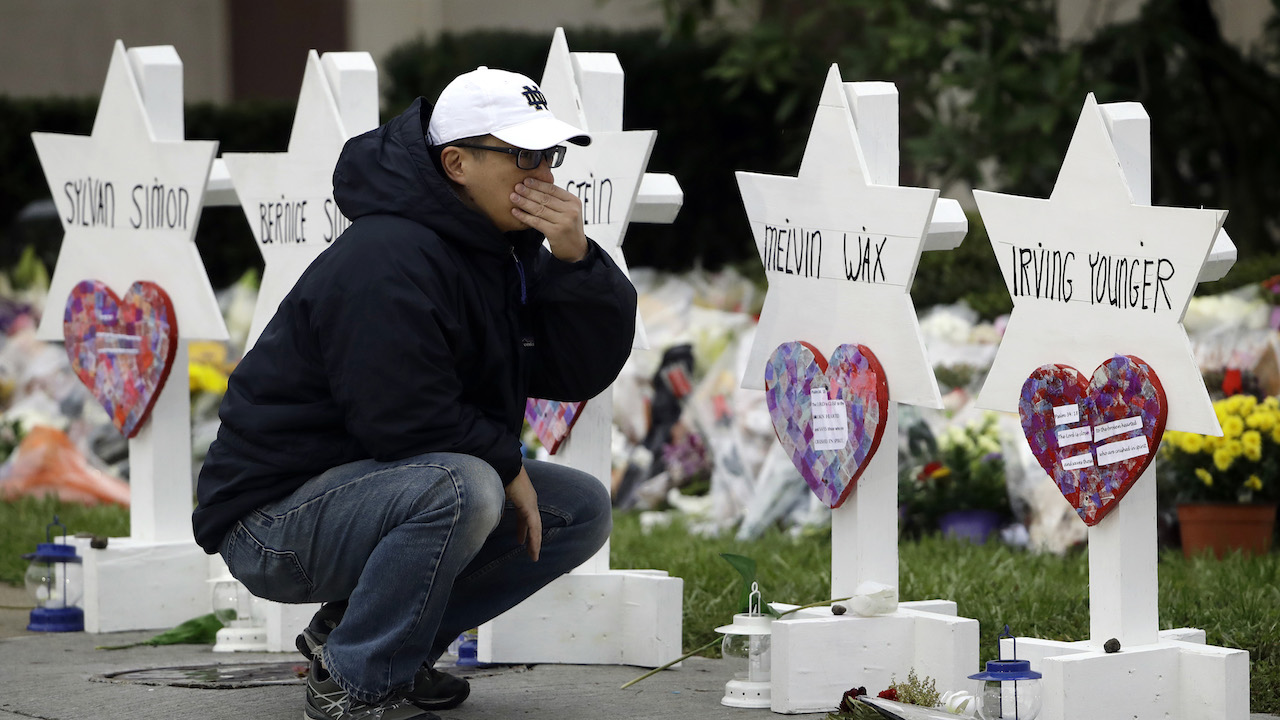