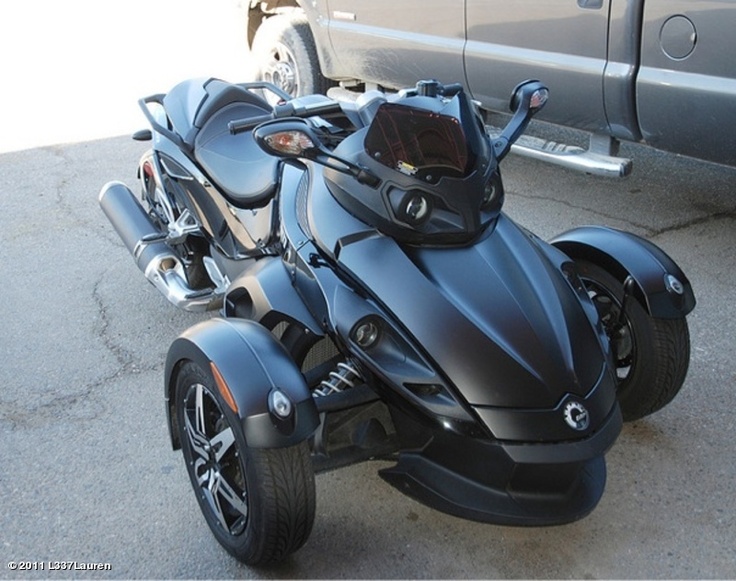 Joel was on the road again like an updated Peter Fonda or a dapper Willie Nelson. On the road again to a sexy bank opening near Philly or Lancaster. “I’m driving the Spyder. It will be a different bank board member they’ll be getting this year”, he swaggered audibly, as if rolling an extra large martini olive around his jowls.

“You are a stud, Man. Mardi Gras here I come! Will you be stopping to pick up Dennis Hopper?” 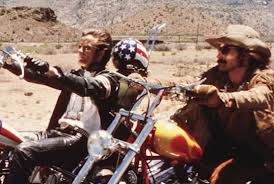 “Uh, no.” He dismissed the question and questioner simultaneously.

“I will be spending a few days exploring the coast of Delaware. I’m going to take the ferry at Lewe’s across to Cape May.”

“Cool. What does that cost? Not that money is an object for a guy like you.”

“$10 for me and $24 for the bike. It’s an eighty minute ride, but it will save me a hundred land miles of driving. In addition, you can get a meal or an adult beverage on board. Then I hope to travel the back roads of New Jersey’s shoreline communities until my soul is sufficiently nourished.”

“Fantastic. Try to get me some blog material, will you?  I’m running thin. See if you can get arrested or tossed around in a bar fight. A stud like you needs strong street cred. Dance with a jealous man’s wife, like Jose in ‘Come a Little Bit Closer’.” 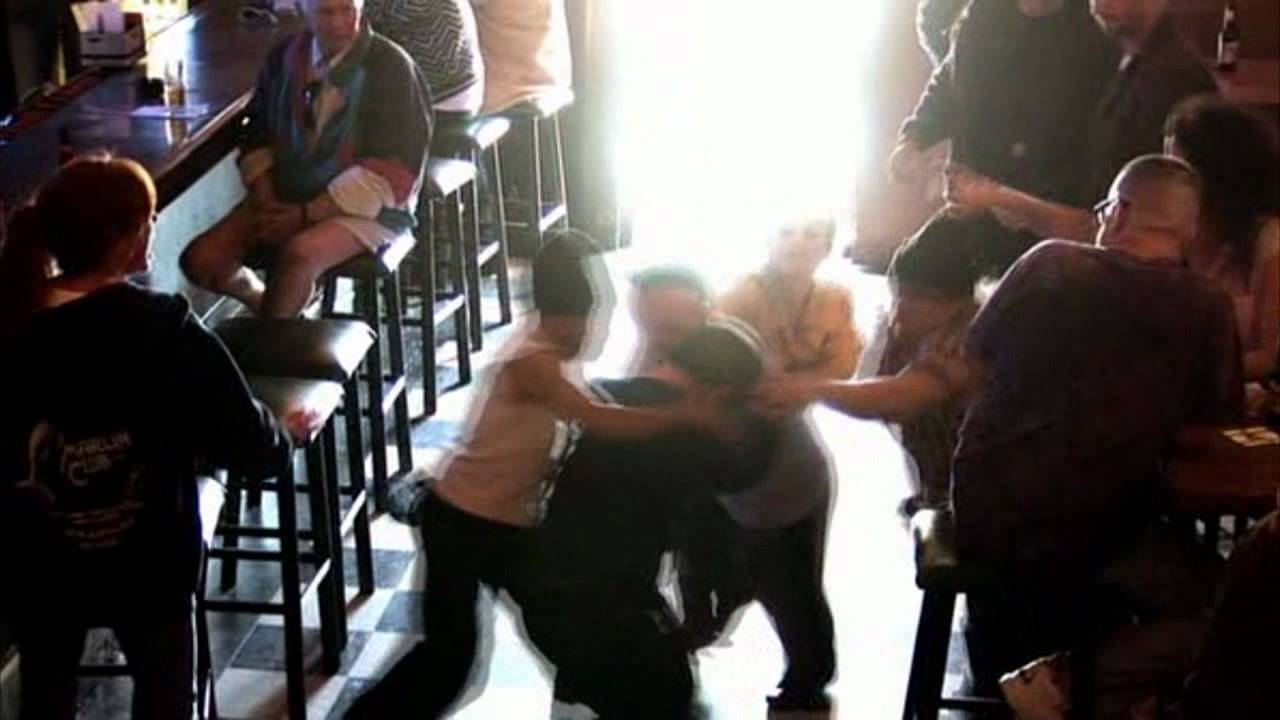 “I’ll see what I can do. Why, I don’t know…I do read the burrito blog and chuckle.”

“Yes, it’s easier than suing you.”

“Thanks, Joel. I’ll see you in a week if you survive. And if you don’t, remember I get the Spyder in the unfortunate event of your death. We agreed years ago on this, and I have a napkin will that you signed.”

“Yes, I know. Don’t you think you’re a little self serving?”

“For shame!  I’m just trying to ensure a good home for your beloved bike after you’re gone.”

“Well, did you want to hear about my adventure?”

“All went as expected in southeastern PA. Then I rode the Spyder over the Bay Bridge. It was magnificent. I haven’t felt like that since I flew F-16’s over ‘Nam.” 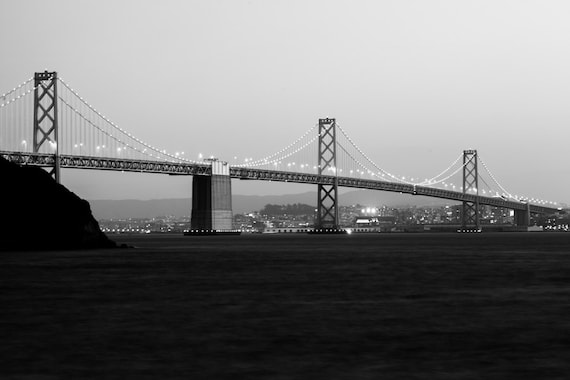 “Uh, cowboy, you never did that. Remember? You marched around in ROTC circles on campus, but you never deployed out of the county, maybe even the township.”

“Which means you are lying.”

“Harrumph!! Anyway, all was well as I drove up to Lewe’s and got in line for the ferry across to Cape May.  I chatted with another fellow who had an enormous Honda trike, must’ve cost $50,000. We were loaded with the cars, mind you, since our rides are so wide.”

“Hip expansion happens after you’ve had a child or two, Joel.”

“I didn’t mean that way. Oh for heaven’s sake, why do I bother? ”  Long stare of consternation. “Well a bunch of real bikers pulled up on Harleys with their tattooed mommas riding behind them. It had been Bike Week in Ocean City, and they needed to get back to their lives of crime in New Jersey. Oh, must’ve been 30 or 40 of them in leathers and no helmets.”

“Did you pee yourself?”

“I most certainly did not. Do you want to hear my story?”

“Yes, continue, Easy Rider or is it Billy Jack?”

“So, the bikers lined their hogs up neatly in the space at the rear of the ferry, quite compactly too. That’s when the Ferry Police Officer came out and made his announcement. He asked if anyone had a gun or drugs.”

“And I knew I needed a diversion since I was packing my concealed 9 millimeter, which I have a permit to carry in PA.”

“Well before I could say anything, one of the big bikers said he had a .357 magnum. The Ferry Cop said he could not carry it across on the ferry. It was against Delaware law. That’s when my eccentric knowledge of maritime law returned to me from my law school days. I asked the officer if I could have a word with him in private, a sort of side bar in next to the real bar on the other side of the windows. He agreed and I began… 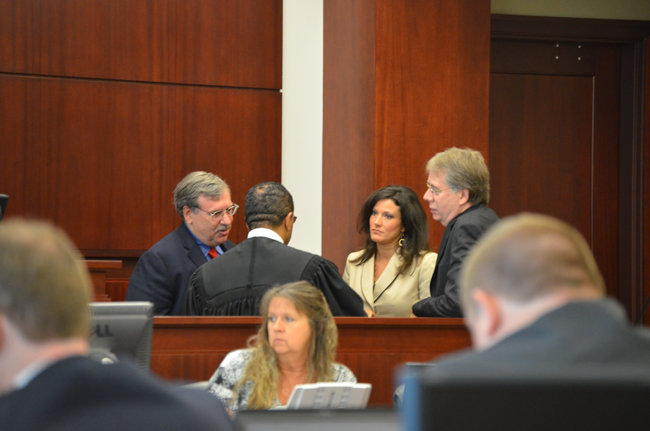 “‘Look, you really don’t need to do this thing’, I told him. He insisted that the law stated it was illegal to take weapons or drugs on the ferry. That’s when I pulled up my ancient maritime law knowledge from 1966. ‘Actually, according to maritime law, which is federally controlled and trumps state laws, it is permissible to carry weapons at sea. But don’t take it from me, go ask your captain. He’ll tell you the same thing.’

“‘But what about the 10 mile sovereign water laws?’ he asked.”

“That only applies to fishing rights, my good man.”

“Oh.”  Long pause without any breath in or out.

“He looked around and out the bar window at the unwashed heathens and dropped his officious posture to that of a beaten basset hound. We exited, him first as I deferred to his authority, and he announced to the pagans, ‘You can keep your guns; just don’t be waving them around or nothing.’ Then he beat a hasty retreat.

“The big biker in front, Sonny, came forward and slapped me on the back. ‘Dude, you sure yanked his balls off. You’re the man!! ‘  A mild cheer arose from the real bikers and their mommas. Big Biker said, ‘You must be a lawyer. Let me buy you a beer, counselor.’

“And that is just what he did. And the others kept them coming for the next 70 minutes. I felt validated and included as I have never been since my days in Presbyterian Sunday School class with Miss Moltley.”

“Thanks, Burrito. I’m sure you’ll paint me in a positive manner in the blog.”