[This post is a continuation of the last post about my bride’s sojourn into self, her immeccable hajj to wholeness, a circumnavigation into her psychic navel beneath the shade of her umbilical umbrella.] {If you understand this intro/transition, print a copy and report to your closest crisis center immediately.}

I left off when we met up with Aunt B, which was just great and safe and comfortable. Two weeks later we drove to my children’s unknown grandfather’s hometown in mid state PA.  How weird is it that the baby who was orphaned in Washington, D.C. in the 1950’s wound up residing in her biological father’s home state in the 1980’s?  That all her children, his only grandkids, were born in the same state? Three hours due south. Weird. Ironic. Divine intervention. [Pick one. Convert each letter to a number, and play that combo for the Powerball lottery. If you win, I mean when you win, send me half of the post-taxable payout, Bro.]

We drove three hours north, up into the lower Allegheny Mountains to meet Uncle P and his lovely wife D, lifetime residents of a little river town of 6,000 souls plus or minus a drifter or two. Time seemed to turn back to the fifties as we drove along stretches of heavily wooded highways and small farms. Little towns featured freshly scrubbed brick and glass faces, looking like puppies that wanted to be adopted at the shelter. We could not stay for more than a coffee or a bathroom break. Sorry, puppies. Sorry Huntingdon, Tyrone, Port Matilda, Bellefonte. Someone else will come home to you soon. 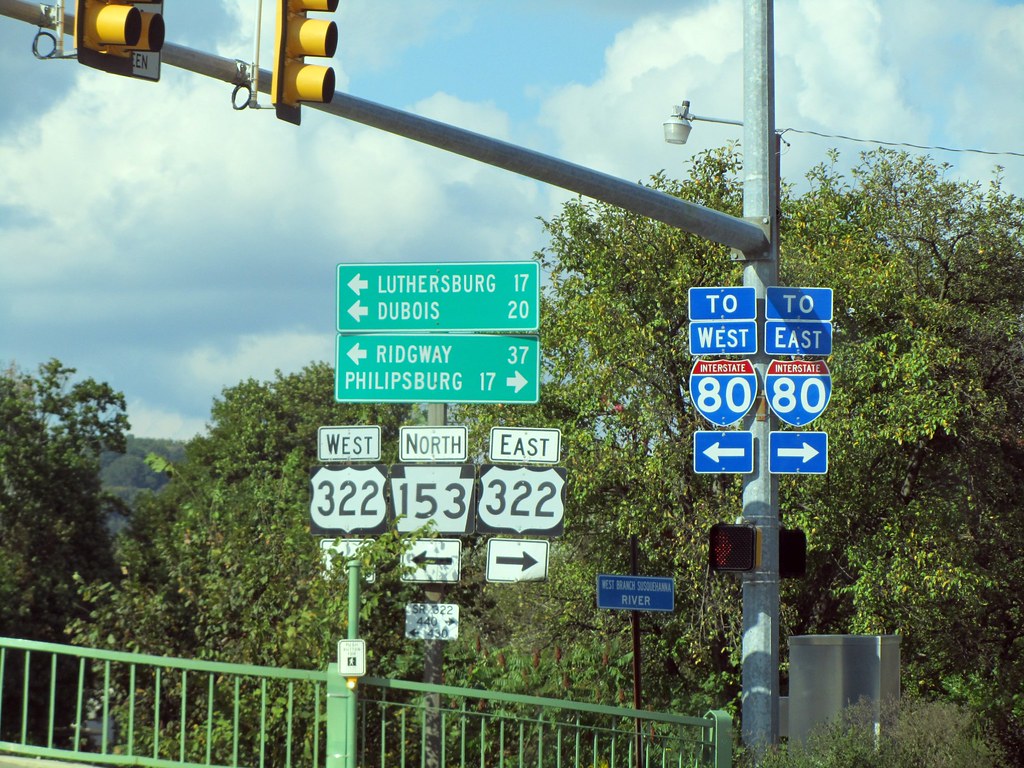 Finally we rolled into the quaint old town that had more people in 1920 than it does now. But that’s the story of the coal seam and rust belt communities of central PA. Towns built around a quarry, a brick factory, lumber mills, or a coal mine. Time and technology left them behind like water logged wooden moccasins.

Putt- putting down the river front avenue, we were checking addresses for our bed and breakfast which had no website or pictures, when we came to these big honking mansions built in the 1920’s by the local coal baron and his sister. Well, what a nice surprise. Unbelievable accommodations celebrating the Civil War and “Gone with the Wind” were the decorative themes. Our hosts could not have been nicer or more accommodating. The B & B alone was worth the trip. Hot dang!!

Off we went to meet the next branch in my bride’s new family tree. P and D, in the same house where they’d lived for 60 plus years. The wall paper and furnishings shouted Eisenhower! Maybe even FDR. Family photos littered the walls; every open surface had a smiling face or two. Effortlessly Uncle P directed us to my bride’s family members– “That’s your dad. Your mom and dad. Let’s see that would have been 1955, I think.”  “Here he is as a kid in one of the bands he played with. He’d play out till 2:00 a.m. when he was in high school. You know he played trombone to get through college and law school? Yeah, our parents had no money to give him. He went to school on academic scholarship and played clubs whenever he could.” 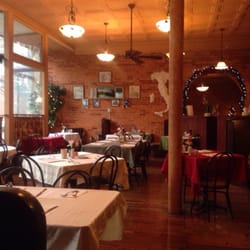 Slowly, magically I could see Uncle P fall in love with my wife, his long lost niece. We agreed to freshen up and go out to dinner. This fallen on hard times town had a superb Italian restaurant right on Main Street, not far from re-purposed old stores like Five and Dimes or Sears that closed when the youth left decades earlier. Now they are roomy coffee shops, antique stores, and vaperies.

“We eat here once a week”, P said. “We’re regulars.” And it was very apparent as their waitress served us. Then the owner walked by with his new grandson in his arms. Uncle P introduced us with the Readers Digest condensed version of THE STORY. The jovial owner smiled and congratulated my girl on her homecoming. “I did the Ancestry. Com for giggles. Found out I was Italian. Well, duh!” 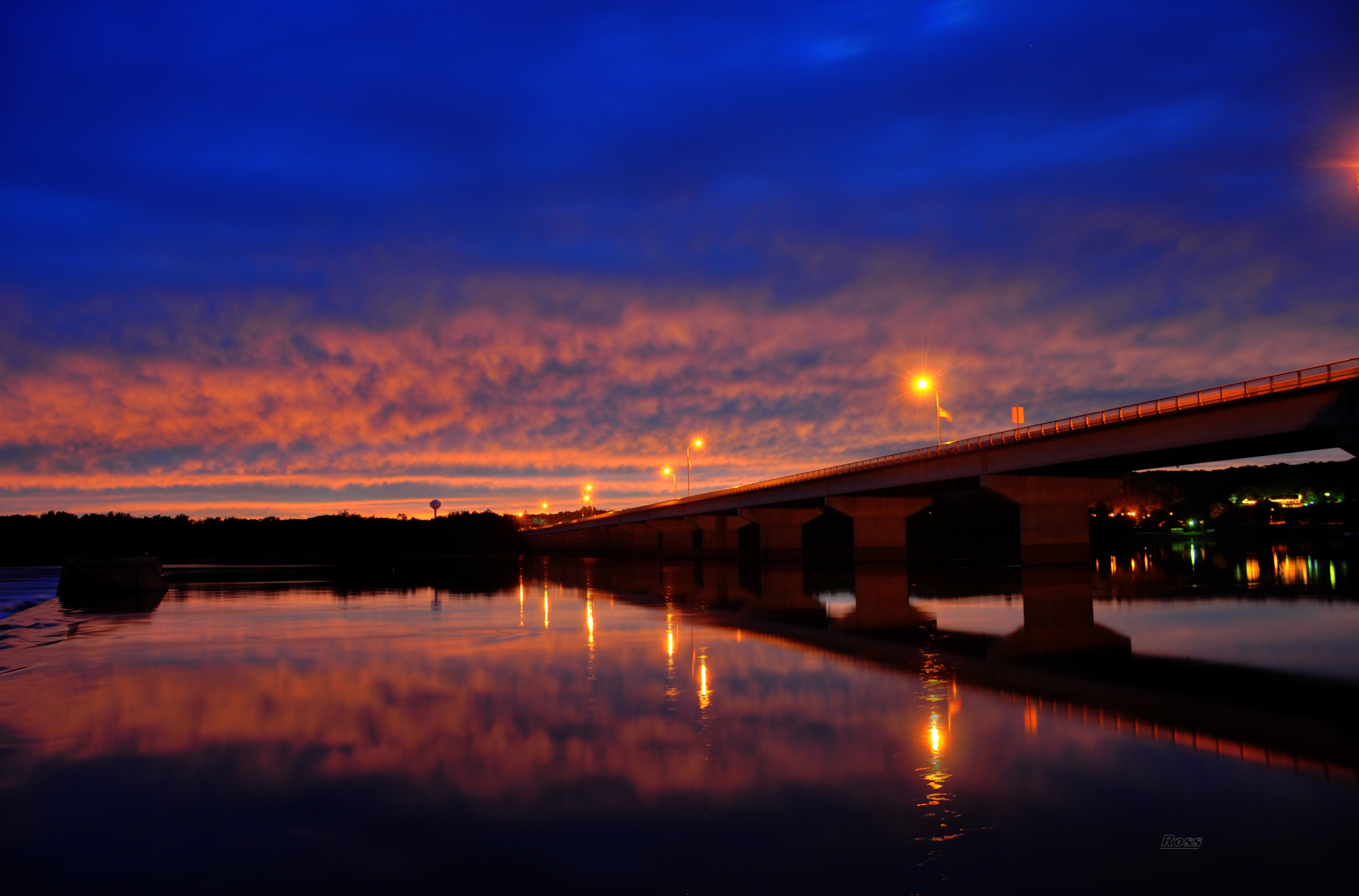 Somehow this town hangs on economically, not because of the brick factory or the fallow farms nearby, but tourism and its natural beauty keep it afloat. It survives not because of what can be taken from it any longer, but from natural resources that do not expire, and have little to do with modern technology– a vigorous river, a sleepy railroad, indomitable human spirit, and crisp summer air. 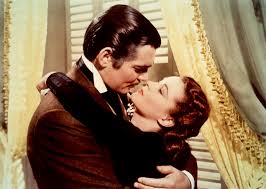 We went back to the mansion B&B, along with P & D. They were vaguely familiar with our gracious hosts. We sat in rocking chairs on the veranda at the back of their beautiful home, chatting easily about the story, the town’s history, and overlapping familiar townspeople. Good nights were said,and we slept in the “Gone with the Wind” bedroom upstairs, Scarlett and Rhett. (I played Rhett, just in case you were wondering. “Great balls of fire. Don’t bother me anymore, and don’t call me sugar!”)

Silently, invisibly, I sensed my bride’s umbilical cord was somehow regrowing, sucking in the available psychic nutrients from her parents’ almost palpable ghosts. Attaching to the landscape, the atmospherics. I knew we’d be back. Next morning after a lovely breakfast we visited Uncle P and Aunt D again. They hang near 90 years old but you can’t tell. Uncle P is especially sharp with facts and details. “You are our kind of people,” he gushed. Hugs and goodbyes for now followed.

It reminded me of our only disagreement. We had hoped to take P and D out to dinner on our dime. P insisted that he had done quite well with investing along with D’s faithful saving. They were honored to treat us.

3 Then Jesus told them this parable: 4 “Suppose one of you has a hundred sheep and loses one of them. Doesn’t he leave the ninety-nine in the open country and go after the lost sheep until he finds it? 5 And when he finds it, he joyfully puts it on his shoulders 6 and goes home. Then he calls his friends and neighbors together and says, ‘Rejoice with me; I have found my lost sheep.’ 7 I tell you that in the same way there will be more rejoicing in heaven over one sinner who repents than over ninety-nine righteous persons who do not need to repent.

I’m not calling my wife a sinner, mind you. Nope, she’s the lamb. I am celebrating her foundness. How does the single lost sheep know her flock? She knows the shepherd’s voice and follows. I truly believe that is what my bride has done. I know the Good Shepherd is indeed rejoicing over her reunion.