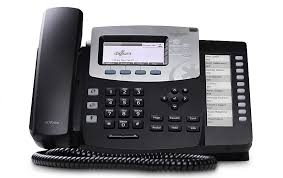 It’s a healthier option to write about one’s anger than to blow it all over the deserving others, especially when they are on the other end of a Verizon or Century Link phone. This is a modern saga of catastrophic communication. It has a back story that goes back a month or more. “Please hold. For English, press one. For Spanish, press dos.” Cheesy background music for free.

My wife wanted new cell phones. Not certain why, but we had outlived our previous service contract and so the deal of the day seemed pretty decent. If we bought new phones, somehow or other the monthly bill would be lowered by $20. Why it was not already lowered was a rude question that I did not ask. I know that in our capitalist economy the goal is to shake as much money as you can from the captive audience. And I realize that the competition is not really so robust as to present a truly free market.  What you say?  Consider this factoid: in Honduras every teenager I came in contact with had a cell phone, a modern one. This poor country had cell towers all around, even in the mountainous areas. Their service was fine. Here’s the rat in the apple bin:  they are unbelievably poor people, second only to Haiti. So how do they afford this modern luxury?  Simple answer is that they pay according to their meager economy’s standards not according to what we have been led to believe is the cost of doing business. Let’s see, Google tells me that the minimum wage in Honduras runs between $175-350 per month. Yet unemployed and partially employed teens have phones. How’s that work? My bill with Verizon is $126 per month for two lines. In Honduras this sort of charge is not possible to sustain. Oh, taxes and higher wages and uh, utility surcharges and 911 upcharges and the greed charge have to be added in the U.S., I guess.

Back home I got my shiny new phone from the nerdy sales guy at Verizon and away we went, sort of. The nightmare nuclear winter of communication began that same day as Dirk the sales guy got my wife’s attention about how to save even more. (Funny thing is we were spending and spending and spending. These savings were promissory syllables on the way to technology hell.) Dirk explained incompletely that these black wonder boxes could circumvent my land lines at home and in my office, thus reducing my overall phone costs. “It’s quite simple (wrong!!!). You simply plug in the box next to your phone and dial 77. We port the phone over and there you go.” We left the Verizon affiliate store with two wonder boxes and a vague idea of what to do.

The phones were cool, no doubt. However, we noticed in a day or two that our home internet was no longer working. Then our home landline went dead. The wonder box was not working as promised. Naturally we called Verizon and walked through the directions again. Same result. I got a bit panicked thinking that my office line and internet were next. I called Verizon to cut the order on the business line. I was assured by my new buddy Matt at Century Link that we had averted the danger and avoided disaster, however there would be a $59 charge to undo the portage that never happened. “Well,” I said, “that’s on Verizon.”

I called Alex at the Verizon store. He talked abbreviated nerdspeak and assured me that he would get CenturyLink to void the charge. “No worries.” I had lost faith in Alex by now. He had not authority, nor did his manager. Someone else in the cyber army officer corps ported the magic numbers over ether net. These guys only sold phones and broken dreams. That’s it.

“Seven to ten days,” we were told, “that’s how long it takes to port over a number, sir.” The internet-less days ground on slowly, drip, drip, drip at glacier speed.

‘Don’t it always seem to go, that you don’t know what you’ve got till it’s gone?’ Joni Mitchell sang long ago. Her new verse should go, ‘Port out your number, get yourself a dead dial tone.’ That was a month ago. Over that time I thought my phone was not ringing so much, but it was the holiday season and I didn’t mind really. I knew my office internet was running, therefore the phone line was working, right?

In this case I was mistaken. Though I called my voice mail to check for messages remotely, I never thought to call my actual phone number. If I had, I would have heard, “We’re sorry, but the person at this number has not set up a voice mail account yet. Goodbye.” I cannot calculate how many phone calls I did not receive nor the many voice mails that could not be left for me. I just get angry thinking about it. 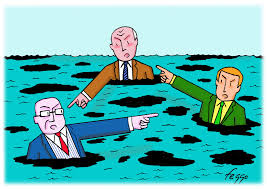 Once I heard this useless message, I called Century Link to see what was up with my voice mail. I spoke to a low level customer service person who assured me that my unclear issue would be resolved by close of business that day. I called my office the next morning. Same message. It was Saturday, Christmas Eve.  On Monday the 26th I called again; explained my problem to another customer service rep and received another less vigorous reassurance that it should be good to go by the next day. Okay. Tuesday I was in my office.  I received an authoritative call from Mike at Century Link assuring me that my vague problem would be completely solved by the next morning. This morning as it turns out. I called again and heard the same message. Now I was thoroughly angry.

I called Century Link and spoke to another person. I insisted on speaking to a supervisor. I was transferred to the finance department. “Would I like to make a payment on my bill?”  “Actually, no. I’d like to bill your company for wasting my time.” Finance lady put me back in the cue. By the time Dave or Corey or Danielle or Michelle or Josiah or Truly answered, I was breathing deeply and trying to find a balance between my rage and my salvation.  I told myself not to curse them or to use heavy sarcasm. I waited and listened to the bad piano riff loop over and over again. My morning phone call to Century Link lasted 30 minutes. But wait! There’s more.  I was told that I’d be getting a call back as soon as they had news for me. By 2:30 p.m. I called back and raised some heck. “Stop the nicey nice talk. Give me a supervisor now.” Hold, ten minutes.

“This is Truly, blah blah blah.”

I recounted my tale of woe for the sixth time. Being a supervisor, she had a brain instead of a script to read to me. She reassured me that the problem was on Verizon’s side. My business phone number belonged to them and needed to be ported over to CenturyLink.  [Meanwhile I’d called Comcast to port my CenturyLink number over as soon as it was returned from Verizon. Phone and internet package for less for the moment, according to Alan at Comcast.]  She encouraged me to call Verizon and have them release my number. Then she’d personally call me back in an hour.

I called Verizon and spent 25 minutes on hold while Ivy or Vicki or Jeanette worked on my issue.  I insisted on a supervisor to start. After a very long hold time my Verizon lady informed me that CenturyLink had to request the number back from Verizon.  She had a brain also and managed to tell me back my tale of woe convincingly. Finally, around 4 pm I got a call from Ryan who assured me he had been working on this problem nonstop since Monday, but Verizon would not answer their port department phones. (Really Ryan?) He promised to call me back in five minutes with the way forward. It took all I had not to scream “FIX IT!!!”

Mercifully, around 4:30 I got a three way call between Ryan at CL and Mo at Verizon. We had a brief chat; those two talked nerdspeak briefly; Mo hung up; and Ryan told me it was over. I’d been on the phone over 90 minutes on my day off, trying to undo the fix that I never wanted that I had cut off a month ago, not knowing I’d been cutting off the wrong Hydra head each time. I called my office on my cell and got my own voice mail prompt at long last. Hallelujah, hallelujah. I felt like a beached whale no longer.

My take away lesson for future reference is to know what you cannot know before the guy who knows nothing at all tells you all he knows and you are paralyzed in not knowingness. And then call a supervisor.