Let me apologize in advance for offending those of you who truly believe that you can multitask successfully, especially women who claim to have an extra gene that permits this special superpower. I’m sorry for breaking into your mythical holy of holys and spray painting vulgar graffiti all over the sacred idol you worship, the one with twenty hands. let me just say this, “She had it coming.”

It’s a myth, my multi-tisker-taskers. Sorry, you busy guys. It’s a charming self delusion like so many other neat ideas that seem to revolutionize humanity. Tobacco was first thought to be a good thing for human health. Now it carries a warning from the Surgeon General. Yeah, long term use results in COPD and/or death. Cocaine was once used like peppermint candies. Now it’s illegal. And the field of education is littered with thousands of great revolutionary ideas that did not work despite sexy new packaging and relabeling. Just more crap on the crap pile.

On my way to work the other day the woman in the black Honda Accord next to me was driving, chewing gum, smoking a cigarette, talking on her phone, and applying mascara at the same time. The man in the passenger seat, her life partner I guess, was diapering a child, playing Candy Crush, eating a burrito, and adjusting the radio simultaneously. They were both two handed humans. It was unbelievable. I looked for third arm attachments but saw none. At the next red light I looked at them in awe, as if they were an alien species that had been planted here for reconnaissance back to their mother planet. I felt inferior and inadequate as I pulled away on the green light. All I could do was drive an automatic transmission with various buttons on the steering wheel. I could chew gum and hum along with the radio. Mind you, I know these are not significant tasks, but that was my limit. Tears of self disgust began to well up in my eyes. “I suck. I am nothing. I need to buy more armaments. Why can’t I multitask like the big kids do?”

It was then I noticed Multitasking Mabel began to chew her cigarette, swerve across my lane, drop her phone and mascara (the active verb) a dark slash across her face. Her partner recoiled in horror, screamed and spit out the burrito which he had apparently confused with the diaper. He lost all his Candy Crush points ,by the way, as they slammed into the median strip. I was both alarmed and relieved. These bigger than life Multitasking Aliens were nothing more than over inflated lawn decorations that had stolen a car, I supposed. They weren’t super humans at all. I felt my own self adequacy return with a quiet warmth rising in my feet. I suckled myself with comforting lies, “You aren’t stupid; you’re just spatially challenged… and time challenged… and just challenged in general. You do alright for an old White guy with dementia.”

Now I know what you are thinking:  what ever happened to the innocent baby?  Turns out that they had forgotten the baby back at Grandma’s. The distracted husband had actually diapered his wife’s chicken sandwich, which was slathered in barbecue sauce. Hey, it was an honest mistake, well, a couple of honest mistakes. But Brother oh Brother, were they saving time! Actually they were just the latest victims of the wicked techno-religion of Multi Task ing.
In a thorough and exhausting four minute Google search I found compelling evidence that proves multitasking is a pernicious modern hoax. I’m cutting and pasting an article titled The Myth of Multitasking for my proof as follows…

In modern times, hurry, bustle, and agitation have become a regular way of life for many people — so much so that we have embraced a word to describe our efforts to respond to the many pressing demands on our time: multitasking. Used for decades to describe the parallel processing abilities of computers, multitasking is now shorthand for the human attempt to do simultaneously as many things as possible, as quickly as possible, preferably marshalling the power of as many technologies as possible.

In the late 1990s and early 2000s, one sensed a kind of exuberance about the possibilities of multitasking. Advertisements for new electronic gadgets — particularly the first generation of handheld digital devices — celebrated the notion of using technology to accomplish several things at once. The word multitasking began appearing in the “skills” sections of résumés, as office workers restyled themselves as high-tech, high-performing team players.

This next section seals the deal for me. Focus you multitaskards, you.

But more recently, challenges to the ethos of multitasking have begun to emerge. Numerous studies have shown the sometimes-fatal danger of using cell phones and other electronic devices while driving, for example, and several states have now made that particular form of multitasking illegal. In the business world, where concerns about time-management are perennial, warnings about workplace distractions spawned by a multitasking culture are on the rise. In 2005, the BBC reported on a research study, funded by Hewlett-Packard and conducted by the Institute of Psychiatry at the University of London, that found, “Workers distracted by e-mail and phone calls suffer a fall in IQ more than twice that found in marijuana smokers.” The psychologist who led the study called this new “infomania” a serious threat to workplace productivity. One of the Harvard Business Review’s “Breakthrough Ideas” for 2007 was Linda Stone’s notion of “continuous partial attention,” which might be understood as a subspecies of multitasking: using mobile computing power and the Internet, we are “constantly scanning for opportunities and staying on top of contacts, events, and activities in an effort to miss nothing.” 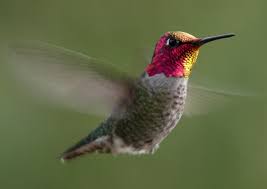 In short what multitaskers do is hyper task as they flit like hummingbirds on crack from one incomplete task to the next, so stoned out by the buzzing of their own wings that they hallucinate themselves into completion.

Sorry about bursting your bubble, guys. It had to be done.